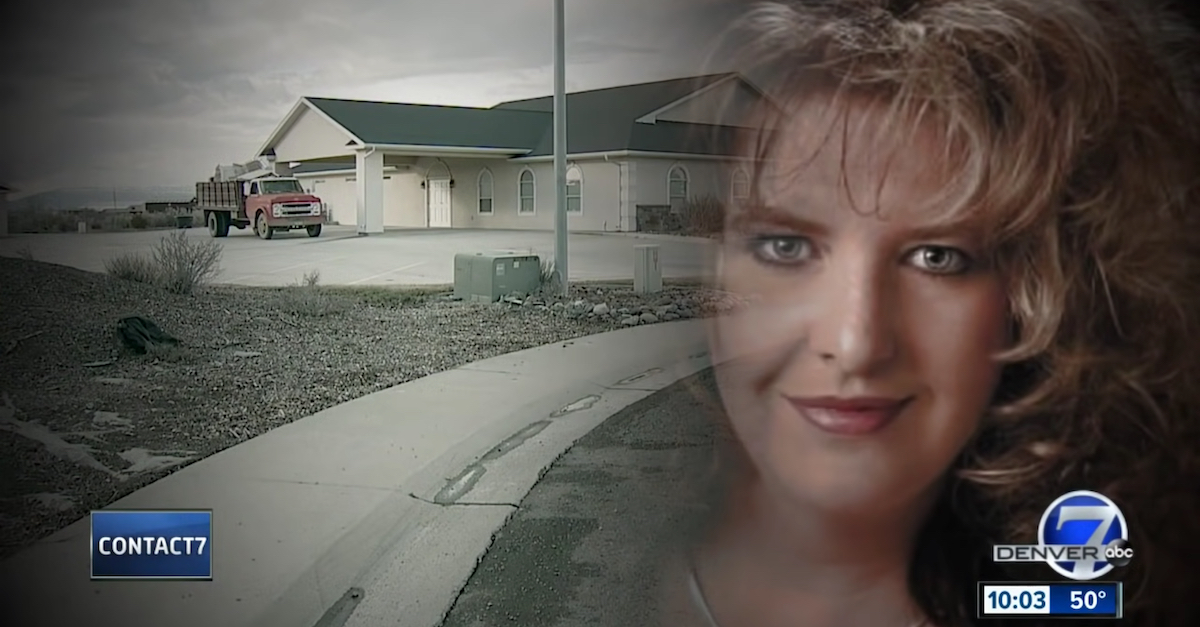 Megan Hess and her funeral home appear in KMGH-TV screengrab.

A Colorado woman connected to a nonprofit funeral home with a stated goal of helping the underprivileged pay for funeral services has entered a guilty plea for selling the human body parts of “hundreds of victims,” the U.S. Attorneys’s Office for the District of Colorado announced on Tuesday.

Megan Hess, 45, of Montrose, Colorado pleaded guilty to one count of mail fraud and aiding and abetting, prosecutors said.  “According to the plea agreement, beginning in 2010 and continuing into 2018, Hess devised and executed a scheme to steal the bodies or body parts of hundreds of victims, and then sold those remains to victims purchasing the remains for scientific, medical, or educational purposes,” they added.

The plea deal avoids a three-week trial that was scheduled to begin on July 25, according to court records.

An indictment filed March 12, 2020 says Hess formed a corporation — Sunset Mesa Funeral Foundation, Inc. (“SMFF”) — with the aforementioned goal of being able to “provide assistance to community members who have no resources for funeral/cremation services.”  Hess dissolved that entity “on or about May 4, 2009,” the document continues, and “created a Trade Name for SMFF known as Donor Services.”

The feds then alleged what the switch was all about:

Donor Services’ primary source of income was harvesting and marketing for sale purportedly donated human remains, such as heads, torsos, arms, legs, or entire human bodies, to customers who used the remains for scientific, medical, or educational purposes (hereinafter referred to as “body broker services”). At all times relevant to this indictment, HESS operated her body broker services business under the name Donor Services out of the same location as a funeral business operating under the name Sunset Mesa Funeral Directors in Montrose, Colorado.

In September 2011, Hess is alleged to have brought the name “Sunset Mesa Funeral Directors” (“SMFD”) into the corporate fold.  “From that date, and continuing until February 6, 2018, HESS owned and operated a funeral home providing burial and cremation services under the SMFD name,” prosecutors alleged.

In particular, HESS met with families seeking funeral services from SMFD, discussed the disposition of the deceased, and made funeral arrangements. With regard to Donor Services, HESS handled most of the advertisement, invoicing, and shipping arrangements, and dealt directly with the end-users or purchasers of purportedly “donated” human remains.

A co-defendant named Shirley Koch allegedly assisted with the transactions.  A change of plea hearing has been scheduled in her concomitant criminal case for July 12.

Under the guise of cremation services, prosecutors say the duo “harvested body parts from, or otherwise prepared entire bodies of, hundreds of decedents for body broker services” despite “lacking any authorization whatsoever.”

“In many instances, HESS and KOCH neither discussed nor obtained authorization for donation of decedents’ bodies or body parts for body broker services,” the DOJ alleged, again according to the indictment. “In other instances, the topic of donation was raised by HESS or KOCH, and specifically rejected by the families.”

Some families agreed, the document points out, but many of those agreements contemplated “that only small samples, such as tumors or portions of skin, would be taken for testing or research,” the DOJ alleged.

Other families believed, based on representations from HESS or KOCH, that donated remains would be used to treat living recipients. Still others only authorized donation of specific body parts, such as specific organs, but specifically denied donation for anything else. Frequently, in such circumstances, HESS and KOCH exceeded the authorization they obtained. Remains would be sold for purposes not contemplated by the families; and body parts beyond those which were authorized, if not entire bodies, would be sold. In each of these instances, the families would not have authorized donation had they been informed of what would actually be done with their loved one’s remains.

Though the feds alleged that the duo’s scheme allowed their funeral business to be the lowest-cost provider in the area, in some cases, families were charged “typically $1000 or more” for cremations that never occurred. Instead, the DOJ said, bodies were fully offloaded through the underground cadaver operation that the two defendants were operating. The two defendants were accused of using the cremains of other individuals to give to the families who paid for services that were never actually rendered in order to cover for the illicit body-shopping scheme.

In some instances the recipients of the body parts asked for specimens that were free and clear of infectious diseases, such as HIV. The feds said that the duo falsified blood test results and shipped specimens that were infected while claiming they were not.

As noted above, Hess entered a guilty plea to just one count of mail fraud and aiding and abetting.  A plea agreement and a so-called “statement by [the] defendant” memorialized many of the allegations above as admitted facts.  A sentencing hearing is scheduled for Jan. 3, 2023.

A U.S. Magistrate Judge recommended that a federal judge accept the plea agreement entered on Tuesday.

Some of the victims’ families spoke to KMGH-TV in Denver back in 2019. That report is here:

Some of the case file is below.