Florida Man Allegedly Murdered Two Relatives, Admitted He ‘Killed Them,’ Then Told Police He ‘Did Not Recall’ What Happened 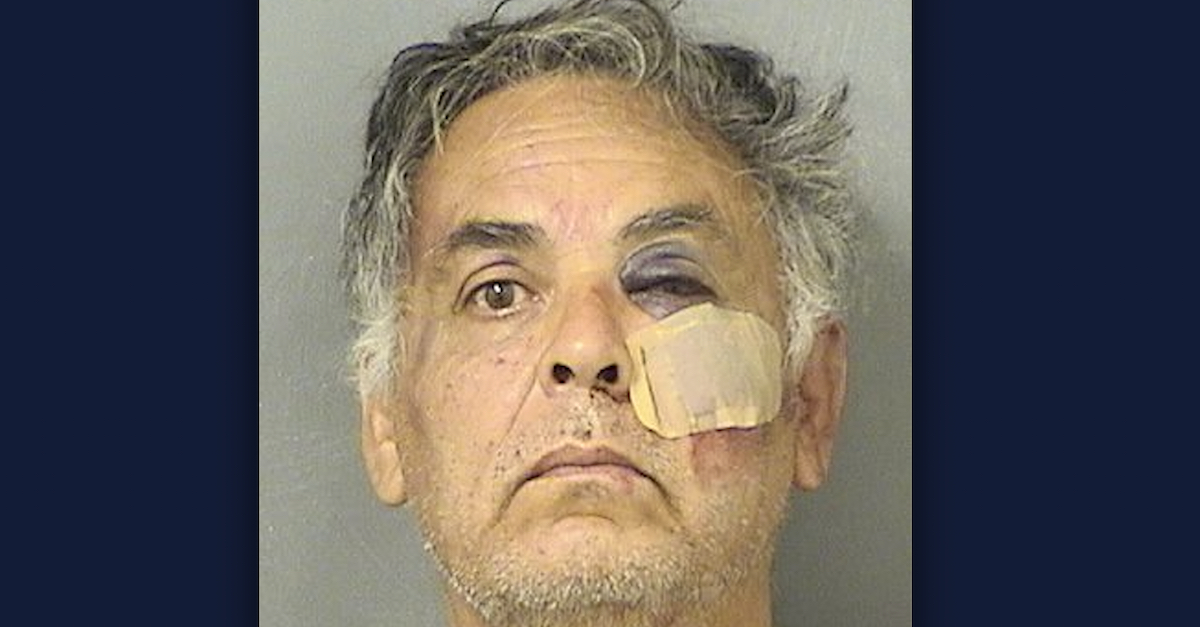 A 57-year-old Florida man is behind bars for allegedly brutally murdering two family members inside of his home, assaulting a third victim, then claiming to have no recollection of the events, authorities say. Guillermo Silva was taken into custody on Friday and charged with two counts of domestic violence second-degree murder and one count of aggravated assault with a deadly weapon, court records reviewed by Law&Crime show.

According to the arrest affidavit, deputies with the Palm Beach County Sheriff’s Office at approximately 8:40 p.m. on July 2 responded to a residence in the West Palm Beach area in reference to an “armed domestic dispute.” Upon arriving at the scene, the suspect, later identified as Silva, was being “held down” by an adult male identified only as “Victim #3” in the affidavit. Deputies then detained Silva and performed a sweep of the residence where they made several grisly discoveries.

Deputies first discovered an adult male, identified in the affidavit as “Victim #1,” lying on his back in the living room. He had allegedly sustained “severe blunt force trauma to his face,” per the affidavit.

“A deceased female, Victim #2, was located in the back bedroom, later determined to be Silva’s, positioned on the bed nude on her knees with severe blunt force trauma on her torso, arms, and face,” the affidavit states. “Additionally, a laceration was observed on the back of Victim #2.”

Palm Beach County Fire and Rescue arrived at the residence at approximately 8:50 p.m. and pronounced Victim #1 and Victim #2 dead, determining the manner of death to be an “apparent homicide.”

In an interview with investigators, Victim #3 provided additional details as to what allegedly transpired before authorities arrived.

Victim #3 told investigators that he arrived at the home at approximately 8:40 p.m. to bring the other two victims money to help with their bills. He allegedly said that he pulled up in front of the home and attempted to call one of the victims, then honked his horn. Silva allegedly came out and told him the two were inside the residence and told him to enter through the side door.

“As Victim #3 entered the residence, Silva approached from behind and held a knife to Victim #3’s neck, and threatened, ‘I’m going to fucking kill you!,'” the affidavit states. “Once Victim #3 felt the blade of the knife to his neck, he was able to overpower Silva and push the knife away.”

Victim #3 allegedly disarmed Silva and held him down on the floor. That when Silva allegedly confessed to the murders.

Silva was transported to JFK Medical Center North where he was treated for minor injuries sustained in the altercation with Victim #3.

Investigators then spoke with Silva, who allegedly said that he had been drinking alcohol earlier in the day and argued with the two victims before falling asleep. He allegedly claimed that he then slept until he was awoken by Victim #3 and had no memory of harming anyone.

Again, from the affidavit:

Silva stated he could not remember what started the altercation but was attacked by Victim #3 and was detained by deputies shortly after. Silva advised he believed he had a knife during the altercation because he was afraid Victim #3 was going to harm him but could not advise why. Silva also confirmed Victim #3 did not have a knife when he entered the residence. Silva stated he did not recall killing Victim #1 or Victim #2, nor did he recall threatening to kill Victim #3 with a knife. However, Silva advised he did recall Victim #2 being naked in his bedroom at some point in the evening but could not recall the circumstances.

Silva was processed at Palm Beach County Jail where he remains held without bond.