Colorado Man, Two Women Arrested on Dozens of Child Sex Abuse Charges that Authorities Were First Told About 17 Years Ago 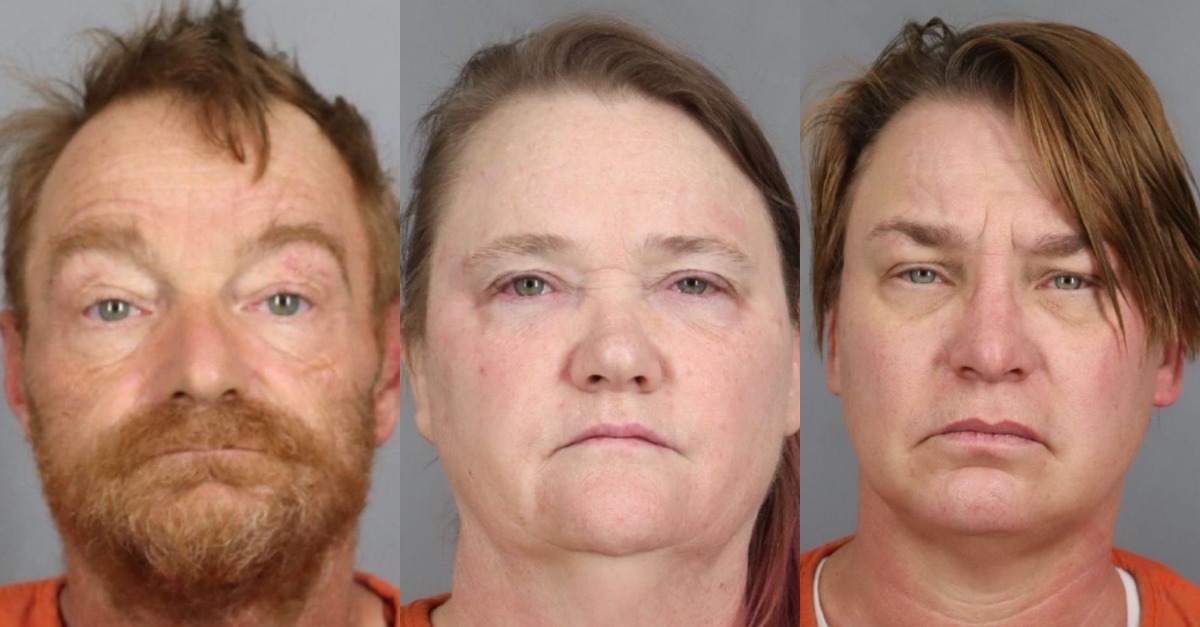 Decades of alleged child abuse in Colorado — and possibly in many other states — recently resulted in the arrests of three suspects. But according to court records obtained by local journalists, authorities knew about the alleged abuse for well over 15 years.

Allan Richard Long, 51, now faces 41 total counts related to the sexual abuse of children, a press release by the Arapahoe County Sheriff’s Department indicates. According to law enforcement, he has “very specific ties” to City of Colorado Springs. Long stands accused of sexually victimizing at least seven children — including his own children — over the course of at least two decades.

Ginger Delgado, the sheriff’s office’s public information officer, added that the defendant may have committed child sexual abuse crimes in Kansas, Wyoming and Montana — and beyond those states as well — due to his years working as a long haul truck driver. Now, authorities are putting out a call for any additional victims to come forward.

According to court documents obtained by Denver NBC affiliate KUSA, the abuse allegedly began in 2001 and included children between the ages of four and 17. One woman told police she had been molested since she was a child up until she was 21 years old.

Authorities were first told about Long’s alleged abuse all the way back in July 2004 when one of the children told her grandmother she had been “molested” by the defendant. According to the KUSA report, that allegation was relayed to the Wyoming Department of Family Services. No law enforcement follow-up occurred, however, so no law enforcement action was taken.

In July 2007, law enforcement in Colorado explicitly chose not to follow up on other alleged abuse, KUSA noted.  The father of one alleged victim reported Long to the Arapahoe County Sheriff’s Office, but court documents obtained by the television station note that a detective detective “appeared to take no further action in this case, based on his reports.”

According to KUSA, at least six additional reports were made between May 2009 and February 2015 to the Arapahoe County Department of Human Services. Those reports concerned either Allan Long or Martha Long, and at least one report contained an allegation that Allan Long had child pornography — including pictures of 4- or 5-year-old girls.

In February 2015, two additional allegations of child sexual abuse were made to the Colorado Springs Police Department, the NBC affiliate noted.  That agency briefly investigated before the case was “eventually closed inactive after they were unable to contact Allan,” court documents state.

Colorado Springs police Lieutenant James Sokolik, however, told KUSA that his agency lacked jurisdiction and shelved the case after forwarding the complaints regarding Allan Long and Martha Long to police departments in Castle Rock and Aurora, Colorado.

On Thursday, the sheriff’s department responded to an inquiry from local FOX affiliate KDVR as to why the arrests took well more than a decade.

“Based on our review of the records from this case, it appears that in 2007 when sheriff’s investigators were looking into this case, some of the victims were very young and unwilling to disclose, and key witnesses did not respond to the investigator’s attempts to contact them,” the agency said in a statement. “The investigator felt that he did not have probable cause to take the case forward and deactivated the case pending contact with those witnesses.”

Citing the privacy laws of their respective states, both the Arapahoe County Human Services and the Wyoming Department of Family Services refused to comment on the deadlocked cases they allegedly knew about for years when asked by KUSA to explain the matters. Aurora and Castle Rock authorities did not respond to requests by the television station for comment.

KDVR indicated that investigators, however, now want to hear from additional possible victims.  Per that television station:

If you believe you are a victim or if you have information about Long, you are asked to contact Investigator Andrew Fehringer at 720-874-4065 or [email protected]

Allan Long and Martha Long are scheduled for a preliminary hearing on Jan. 21, 2022 in Arapahoe County, according to online court records.  An arraignment is set for Jan. 14, 2022 for Rona Culler.