Man with ‘Checklist’ in His Pocket Violated Restraining Order, Beat His Ex-Wife’s Mother, Murdered His Ex, and Burned Down House: Authorities 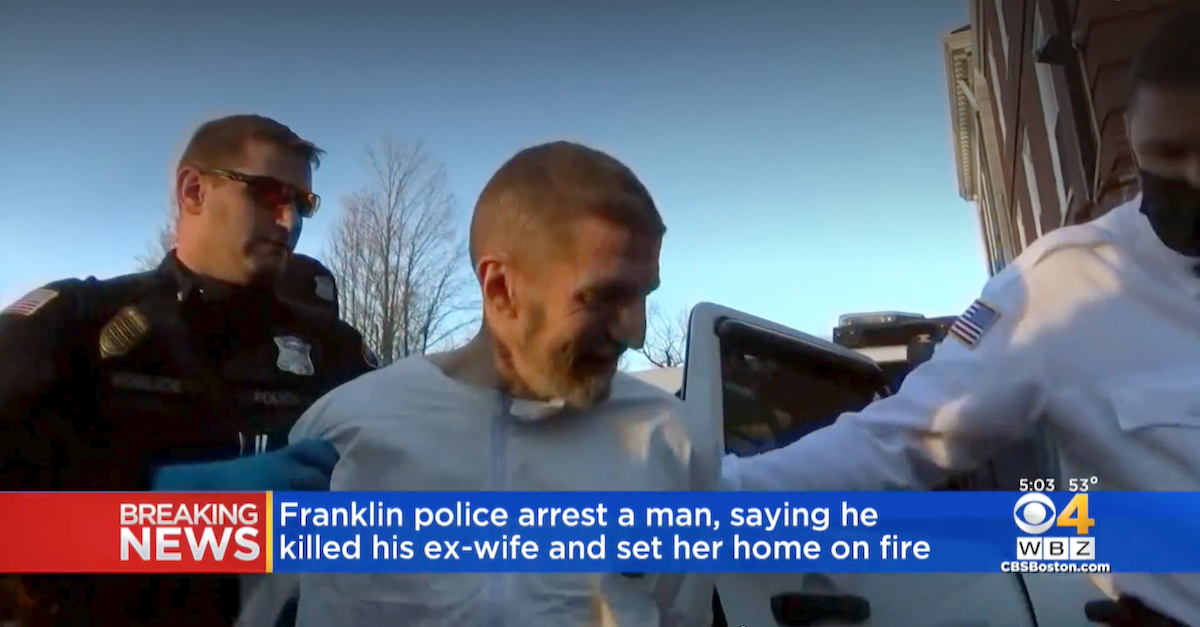 Brendon Owen is seen being led out of a squad car and into a courtroom. (Image via WBZ-TV screengrab.)

A Massachusetts ex-husband is charged with murdering his former wife and setting fire to her home on Friday. The ex-husband, Brendon Owen, 47, of East Bridgewater, is also accused of assaulting his former mother-in-law. That’s according to a press release by Norfolk County District Attorney Michael W. Morrissey.

According to the DA’s office, the Franklin Police Department received a 911 call at around 7:40 a.m. Friday “reporting an ongoing domestic assault at the residence of their neighbor Shirley [Branco] Owen” on Grace Lane.

“Police arrived within 5 minutes and observed Mr. Owen inside the home,” the DA’s office said. “He ignored commands to open the door to police and instead exited the home through another door.”

Police encountered [Owen] in the area of the garage and driveway, deploying a Taser to bring him into custody. Officers entering the building after he was under control were met by substantial smoke and fire inside the building, but were able to evacuate Shirley Owen outside. Ms. Owen showed obvious signs of major traumatic injury and was unresponsive when FPD began first aid and life support measures. She was pronounced dead at the scene after the arrival of ambulance and fire personnel.

Video of the fire obtained by several Boston television stations shows that the inferno quickly engulfed the large home.  Reports from ABC affiliate WCVB indicate that the home was being demolished Friday night due to the extent of the damage. 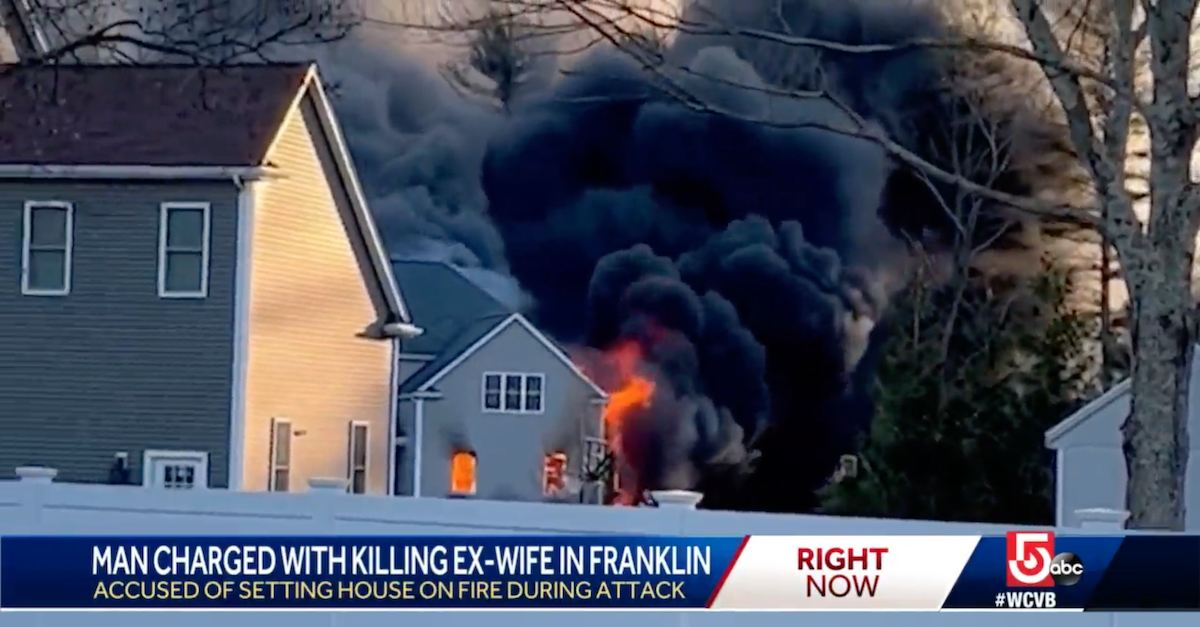 A WCVB-TV screengrab shows the inferno which engulfed the home Shirley Branco Owen shared with her mother.

The Boston Globe said that Owen entered the home, “began menacing” his ex-wife’s 75-year-old mother “with a lead pipe and a hammer” and then escalated the attack.

Citing court and police records, the Globe reported that the mother told police that the defendant “hit her over the head with the lead pipe and smashed her cellphone,” duct taped her legs and mouth, and told her she “better not warn” her daughter — the defendant’s ex — that he was there.

The Shirley Branco Owen was bringing the couple’s children to school, the records reportedly explained.

The mother freed herself from the tape and fled the house.  The daughter made it home around the same time.

The mother “could hear her daughter screaming” just as she ran from the scene, the documents indicate, again according to the Globe.  The mother took solace in a neighbor’s house from whence the 911 call originated.

The police officers who arrived at the scene caught Owen “standing next to a flaming couch, spraying what appeared to be lighter fluid, and lighting a match,” the newspaper continued — again citing police reports.  “Officers kicked in the door, but were overtaken by a cloud of smoke.”

Other officers took the defendant into custody.

The mother began yelling “She’s still in the house!” with reference to her daughter, the newspaper said.  That triggered the aforementioned yet unsuccessful rescue operation, Providence, R.I. NBC affiliate WJAR-TV noted.

Breaking: #Franklin Firefighters battled a huge blaze on Grace Lane this morning. At least one person is dead here, according to the Norfolk County DA’s office. Witnesses say the fire was intentionally set, and police tazed a man out front and arrested him. #wcvb pic.twitter.com/WauXbQBdyI

Thomas Lynch, the local police chief, said the Owen family was known to the authorities “for seven years due to domestic incidents in the past,” according to a retelling of a press conference by Boston CBS affiliate WBZ.  Lynch said the defendant had been accused of “violating a restraining order” on at least two separate occasions, according to that report.

Owen is charged with murder during a home invasion, kidnapping, arson of a dwelling house, and assault and battery causing serious bodily injury.

“There are children who reside in that home and officials have assured that they are safe tonight,” Morrissey said of the broader situation in a news release.  The DA also noted that on Friday that “[t]here was a restraining order in place against Mr. Owen” when the alleged crimes occurred.

Citing court records and statements from the authorities, the Globe reported that Shirley Branco Owen filed for divorce in 2014 after “years of verbal and physical abuse.”

According to court records reviewed by Law&Crime, a domestic relations case in Norfolk County Family Court dated Oct. 15, 2014 shows several active complaints for contempt in the divorce proceeding between Shirley Branco Owen and Brendon Owen.  The most recent complaint occurred Aug. 23, 2021.  Hearings in the matter were held as recently as Nov. 30, 2021, despite a divorce being granted for the couple on July 22, 2016.

Court records cited by the Globe say the defendant was jailed in 2017 for failing to pay child support.

“I believe my husband will react irrationally to the restraining order and divorce and will do things to harm me including shutting off utilities, withdrawing money, hiding money, and anything else he can think of to harm me financially,” Shirley Owen wrote in yet another court document obtained by the Globe. “His controlling behavior with regard to our finances leaves me and my children vulnerable because of his anger and desire to harm me.” 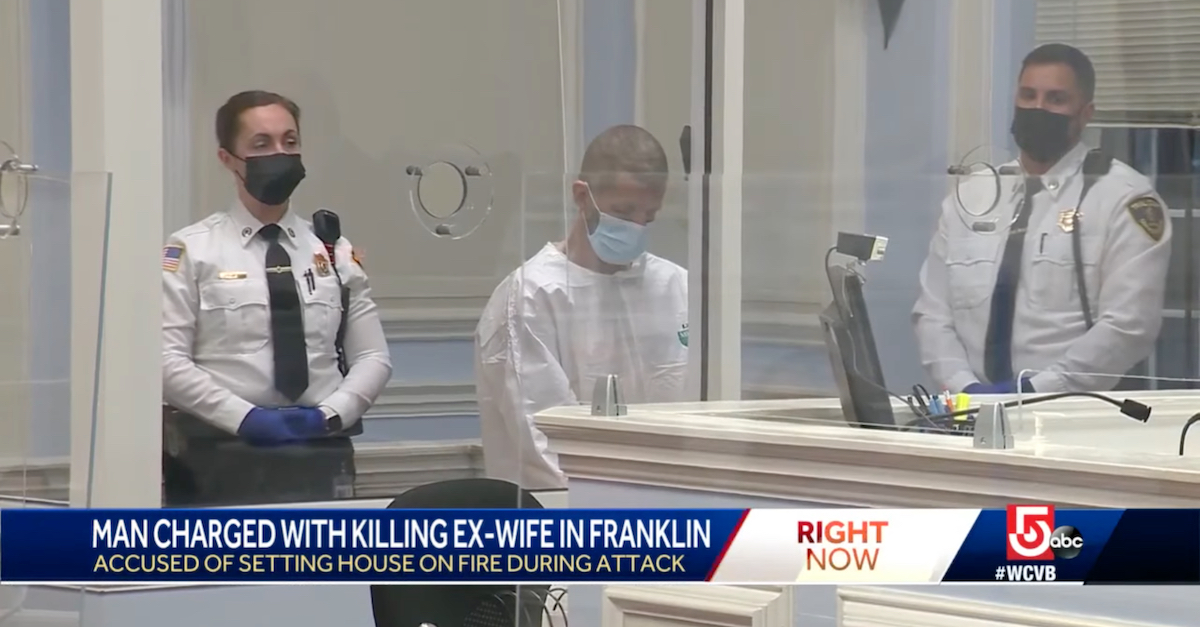 The defendant pleaded not guilty in Wrentham District Court the new cache of charges he faces. Judge Scott Peterson ordered him held without bail. A probable cause hearing is scheduled for Jan. 19, 2022.

Neil Madden, the defendant’s lawyer, told the judge that his client cannot remember anything about the incident, the Globe said.

But WBZ-TV said officers found “three handwritten notes” in the defendant’s pockets when they took him into custody.  The first was written to his mother; the second was to his children; and the third was a “a checklist that included a lighter and lighter fluid.”

Only a rudimentary few scratches of information appears in an online docket as of the time of this writing.  The case number is 2157CR001850 in Wrentham District Court. 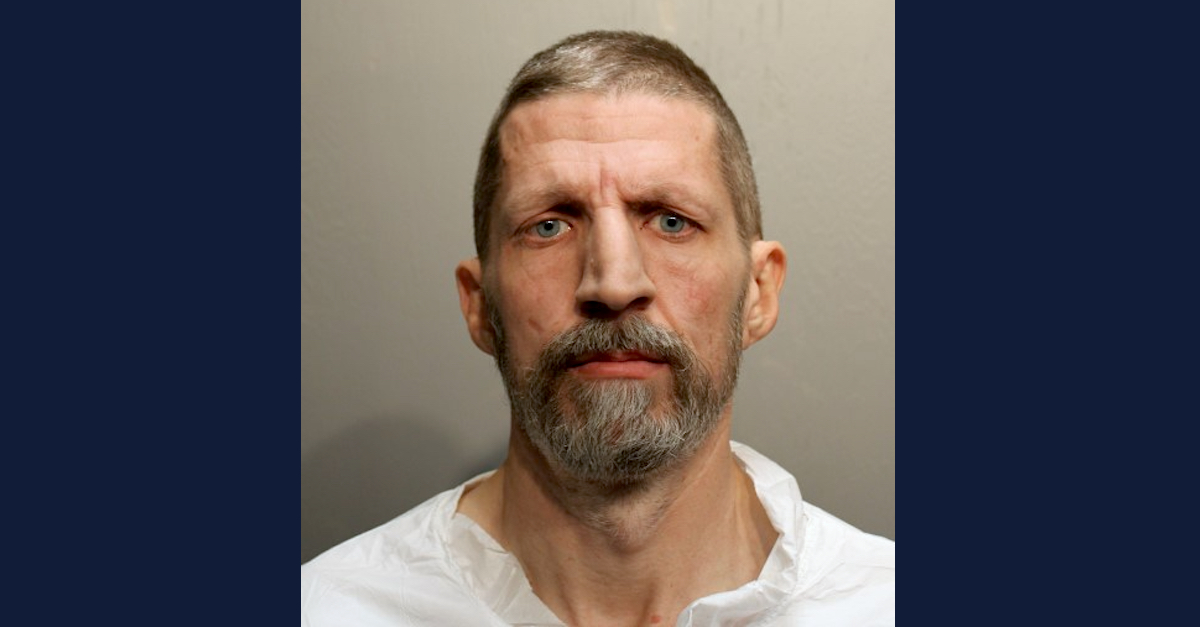 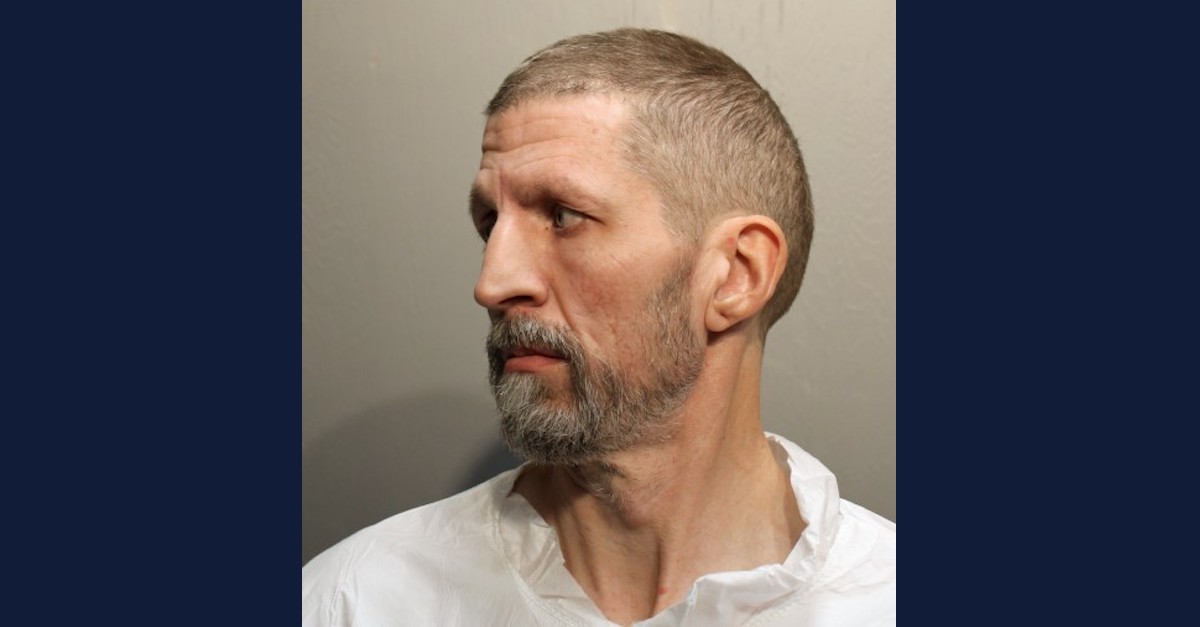 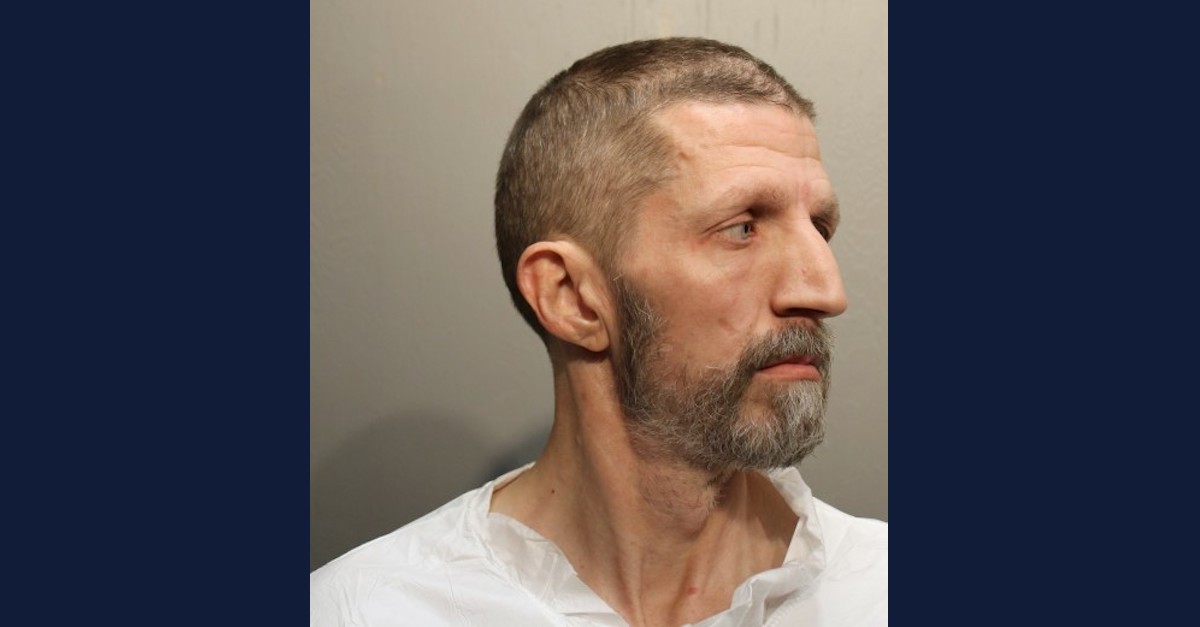 WCVB’s coverage is below.

[This piece has been updated to include mugshots of the defendant.]