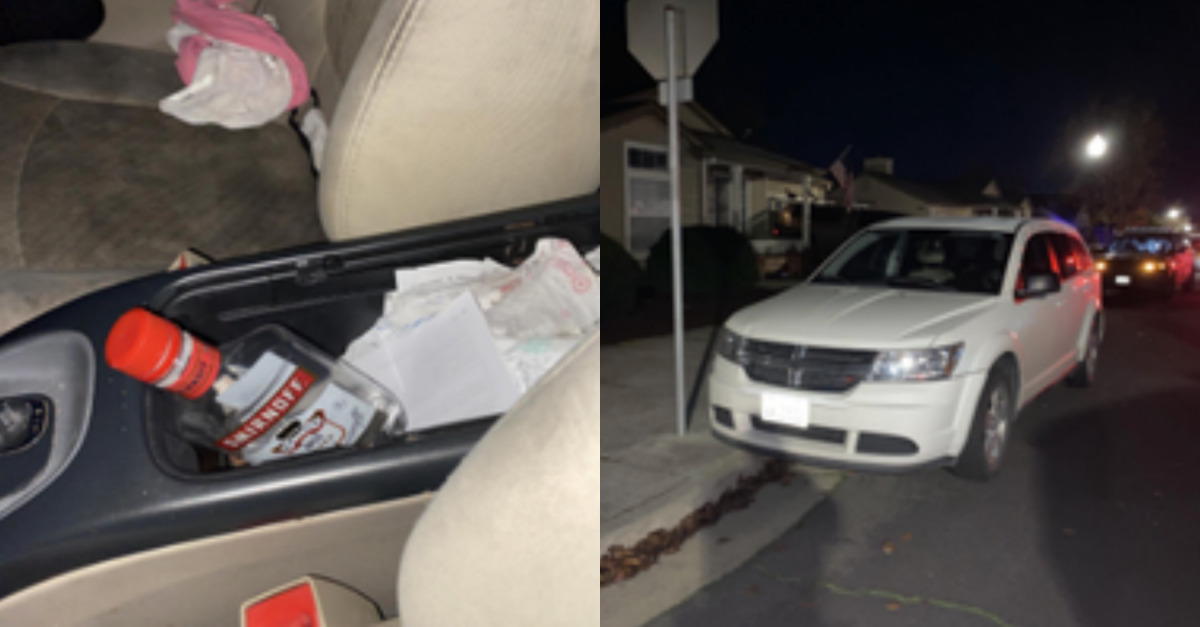 A California woman was located after allegedly abandoning her infant while fleeing from an officer who attempted to conduct a DUI stop.

According to the Santa Rosa Police Department, Melissa Doyle, 34, was wanted for one count each of felony child endangerment and evading arrest after the incident that allegedly occurred during the early morning hours on New Year’s Eve, Friday, Dec. 31, 2021.

Authorities say that officers were dispatched to an area on the south side of town near the Bellevue neighborhood in response to reports of a vehicle playing loud music. Arriving on the scene, an SRPD officer located the white minivan which was parked alongside a curb.

The officer allegedly attempted to make contact with the person in the driver’s seat to no avail. Police say “Doyle initially appeared to be sleeping” and that she was asked to roll down her window but refused.

A police report alleges that the officer also noticed “a small infant strapped into a rear car seat inside the vehicle,” who was later identified as Doyle’s 18-month-old child.

Those attempts to contact Doyle allegedly led to her driving away–and police claim the mother was likely drunk and/or drinking.

“Doyle displayed signs of intoxication and quickly started her vehicle before speeding away westbound out of the area,” the initial police report alleges. “The Officer ran back to her patrol vehicle and began searching for the Minivan.”

But that jump on the first officer allegedly gave the suspect time to make her getaway through a series of residential streets, police said.

Backup arrived and roughly 10 minutes after making first contact, SRPD officers found the white minivan again–this time without Doyle inside–parked several blocks away from where the alleged evasion occurred. The baby, however, had allegedly been left behind.

“Doyle had fled on foot in an unknown direction and abandoned her small child,” police claimed. The child was still in their car seat.

After gaining entry to the vehicle, officers observed that the baby was crying, cold to the touch and not wearing any warm clothing.

Medical personnel were brought to the scene of the alleged abandonment to check on the child who was then taken to a nearby hospital for a brief evaluation before being cleared and released into the custody of an “immediate family member,” police said.

“Through the investigation, Doyle was positively identified as the driver of the Minivan and mother of the small child,” the department said in that initial report. “Evidence of alcohol consumption was also located inside the vehicle.”

By late New Year’s Eve, the suspect had been ascertained.

According to local NBC affiliate KNTV, Doyle was “located” by police and “reunited” with her child. The report, however, does not mention whether or not the wayward mother was ultimately charged with either of the two crimes for which she had previously been wanted.

Law&Crime reached out to the Santa Rosa Police Department for additional details and comment on this story but no response was immediately forthcoming at the time of publication.