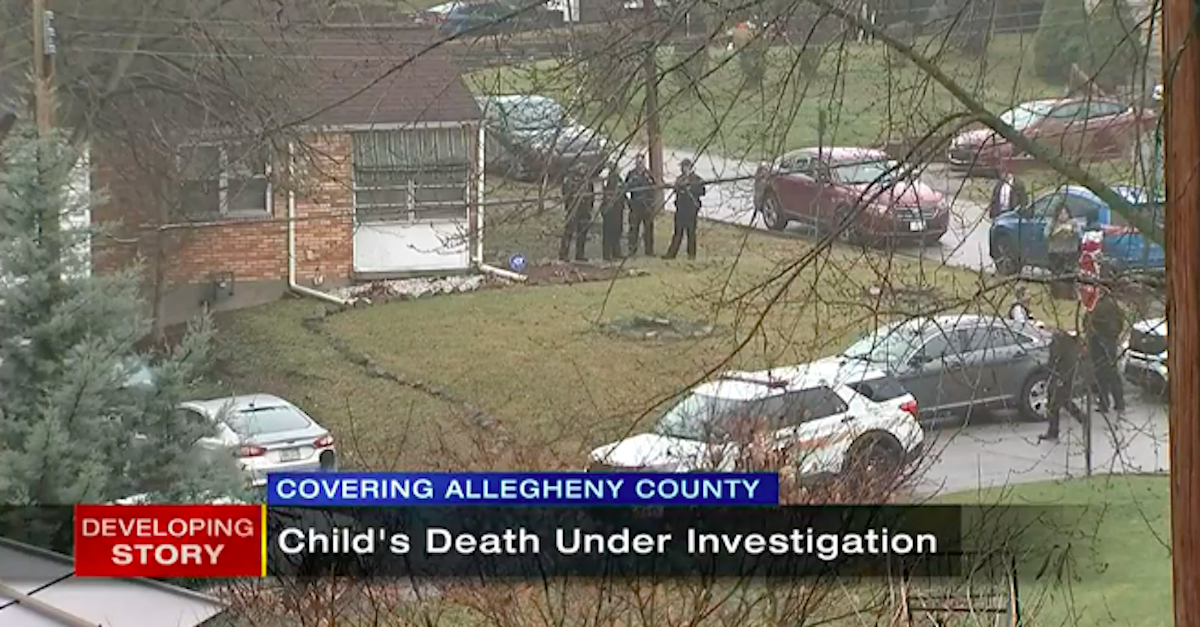 Police investigating the death of 2-year-old Brielle Olivia Swinton outside the child’s home.

A man in Pennsylvania was arrested this week after police say he was responsible for the brutal death of a 2-year-old girl. Kyrell Morgan, 19, was taken into custody by authorities on Friday and charged with criminal homicide and endangering the welfare of a child for allegedly killing Brielle Olivia Swinton, police announced.

According to the Allegheny County Police Department, officers with the Stowe County Police Department on Dec. 30 responded to a 911 call about a toddler who was not breathing at a residence located on Woodward Avenue. Upon arriving at the scene, first responders quickly found the baby, who was reportedly unresponsive. Officers and personnel with Emergency Medical Services attempted to resuscitate the baby before rushing her to the University of Pittsburgh Medical Center Children’s Hospital. Despite the efforts of the medical staff, the child succumbed to her injuries shortly after arriving at the pediatric facility and she was pronounced dead.

While authorities have not yet released the child’s cause of death, the Allegheny County Medical Examiner reportedly ruled that the manner of death was a homicide. The Stowe County police requested assistance in the investigation from the Allegheny County Police Department’s Homicide Unit and a joint investigation into the child’s death was opened.

Investigators quickly homed in on Morgan as a person of interest in the child’s death after it was reportedly revealed that he was the lone adult watching the girl while her mother was at work. Authorities issued an arrest warrant for the 19-year-old less than 24 hours after Swinton’s death.

Police located Morgan the following day and officers took him into custody without incident on Dec. 31 at approximately 5:30 p.m.

Online records show that Morgan is currently being held in the Allegheny County Jail. He was denied bond. County Police Superintendent Christopher Kearns did not immediately respond to an email from Law&Crime seeking additional details in the case.

According to a report from Pittsburgh CBS affiliate KDKA, investigators currently believe that Morgan crushed Swinton’s midsection on Wednesday. Per the report, he squeezed her midsection so hard that he lacerated her liver which eventually caused her death.

Investigators asked that anyone with information concerning the case to contact detectives with the Allegheny Police at 1-833-ALL-TIPS.