James Hamilton Reveals How He and Brittany Gosney Abused Kids 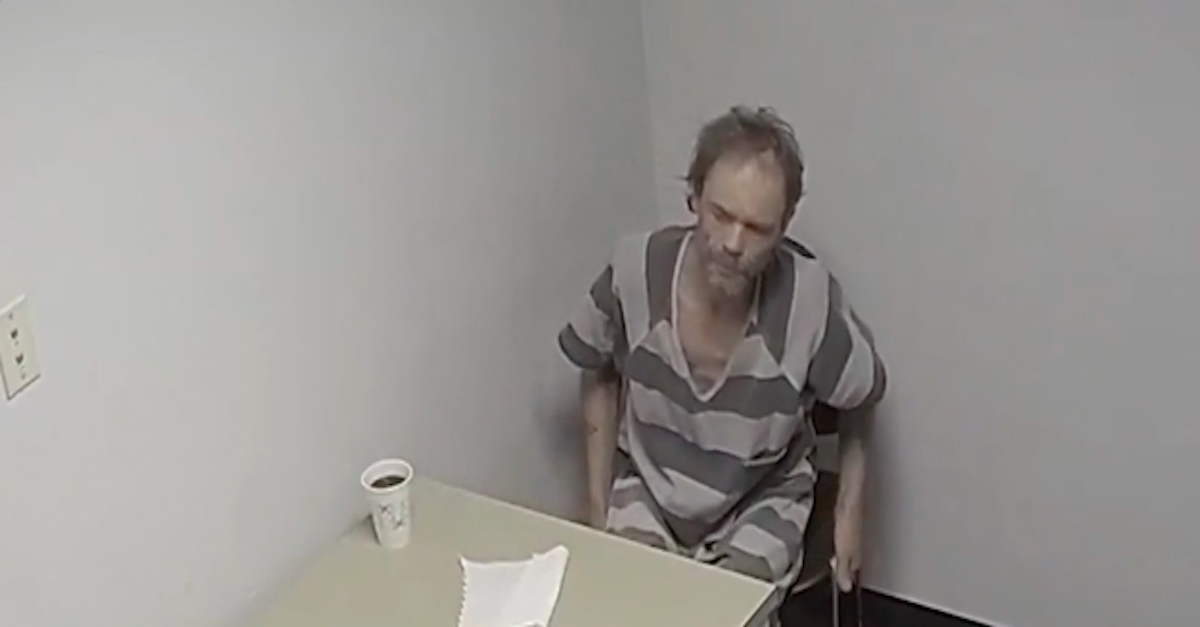 The Ohio man who helped Brittany Gosney dispose of her murdered 6-year-old son’s corpse by throwing the boy’s body off a bridge and into the Ohio River revealed to investigators disturbing details about how he abused Gosney’s children, as well as his role in disposing of the remains of her son.

In police interrogation footage obtained by local news station WLWT-TV, 42-year-old James Hamilton can be seen explaining how he helped hog-tie Gosney’s three children, ages six, seven, and nine, as they planned to abandon them in the woods. The station only released snippets of the March 1 interview.

“She went to tie her [daughter] up. She said, ‘Would you please help me? I don’t know how to tie nobody up. I ain’t never did this.’ Sure, I’ll help. I did tie the other two up though,” Hamilton told investigators with the Middletown Division of Police.

A detective then asks if the children were “on their stomachs, actually hog-tied?”

According to WLWT, Hamilton then gets up from the interrogation table and shows police how he went about tying the children up.

“Have them lay down like this, tied their hands first and then feet,” Hamilton said as he acted out the abuse. He also told investigators that the kids were left hog-tied in a closet for approximately six hours as punishment for acting up.

Hamilton last month pleaded guilty to one count each of kidnapping and gross abuse of a corpse. He also admitted to two counts of child endangering for helping the 29-year-old Gosney try to cover up the murder of her son James Robert Hutchinson.

When asked about the “worst thing” he had ever done to any of the children, Hamilton told police that he “punched them.”

When the detective asked which of the children he had last punched, Hamilton said it was “James.”

Hamilton also told detectives where they would find bruises on James if and when his body is ever recovered from the river.

“His backside. His back. On his ribs. On his legs, and that was me and her, not just me,” Hamilton said, reiterating that Gosney also took part in hitting the kids.

But Hamilton maintained that he was not with Gosney when she drove the kids into the woods and tried to leave them.

As previously reported by Law&Crime, prosecutors claim that on Feb. 27 at approximately 3:00 a.m., Gosney drove her kids to a parking at the Rush Run Wildlife Preserve in Preble County, where she tried to abandon them. They had allegedly been hot-tied for several hours when she unloaded them and began to drive away.

But before Gosney could put any distance between herself and the children, six-year-old James allegedly freed himself from the restraints and grabbed the door handle of the 2005 Dodge Grand Caravan, holding on as Gosney sped away.

Hamilton told investigators that Gosney was only supposed to “take the kids up there, give them a scare tactic,” WLWT reported.

Drop them off for a few minutes, turn around and go get them because they all was acting up real bad,” he added.

Per WLWT, Hamilton said one of the ropes used to hog-tie the children was later used to tie a brick to Hutchinson’s corpse before it was tossed into the river.

Gosney last month pleaded guilty to one count of murder and two counts of endangering a child after walking back a plea of not guilty by reason of insanity. She is facing a mandatory life sentence but could be eligible for parole in 15, 18, or 21 years.