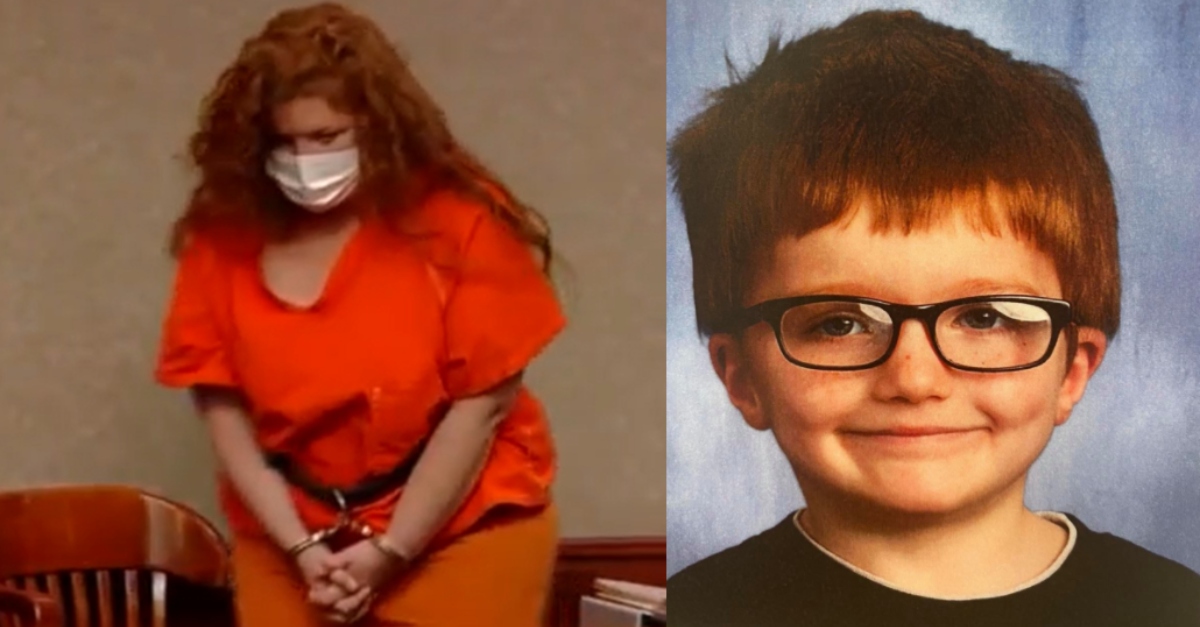 A 29-year-old Ohio woman who admittedly murdered her 6-year-old son is going to spend at least the next 21 years of her life in prison.

Brittany Gosney was sentenced on Monday to 21 years to life in prison roughly one month after pleading guilty to murder and child endangerment charges. Gosney was sentenced to 15 years to life in prison for the murder of James Robert Hutchinson and to three years each for child endangerment. The lesser counts run consecutively, bringing the minimum prison term to 21 years.

Video of Monday’s court hearing showed Gosney swaying back and forth.

Principal of James’ school speaking now about James.
Says he was a “bright light” that was extinguished by his mother. @FOX19 @MiddletownOH pic.twitter.com/YJGztbuT5M

Gosney’s attorney, without excusing his client’s actions, said that prior to the murder she reached out and told people she “couldn’t handle” her situation.

Authorities previously said Gosney admitted to a horrifying sequence of events. She wanted to abandon Hutchinson and his 7- and 9-year-old siblings at the Rush Run Wildlife Area in Preble County on Feb. 27 after being pressured to do so by her boyfriend James Hamilton, according to this version of events. James Hutchinson grabbed onto the door of a 2005 Dodge Grand Caravan. Instead of stopping, however, Gosney tried to drive away, killing the boy.

“Brittany slammed the gas trying to leave the kids and drug Hutchinson possibly running him over,” Preble County documents said. “Brittany turned the vehicle around to check on Hutchinson and he was dead.”

Gosney took the 7- and 9-year-old children back home with Hutchinson’s body, according to authorities. From there, Gosney and Hamilton were accused of tossing the 6-year-old boy’s body off a bridge into the Ohio River near Lawrenceburg, Indiana. Gosney and Hamilton reported the boy missing even though she had just discarded his body, police said. The couple, however, ended up confessing and pleading guilty.

On Aug. 25, James Hamilton, 42, pleaded guilty to one count each of kidnapping and gross abuse of a corpse. He also admitted to two counts of child endangering for helping Gosney try to cover up Hutchinson’s murder, according to WKRC. Hamilton’s sentencing is scheduled for Oct. 4.

To this day, Hutchinson’s body has not been found.