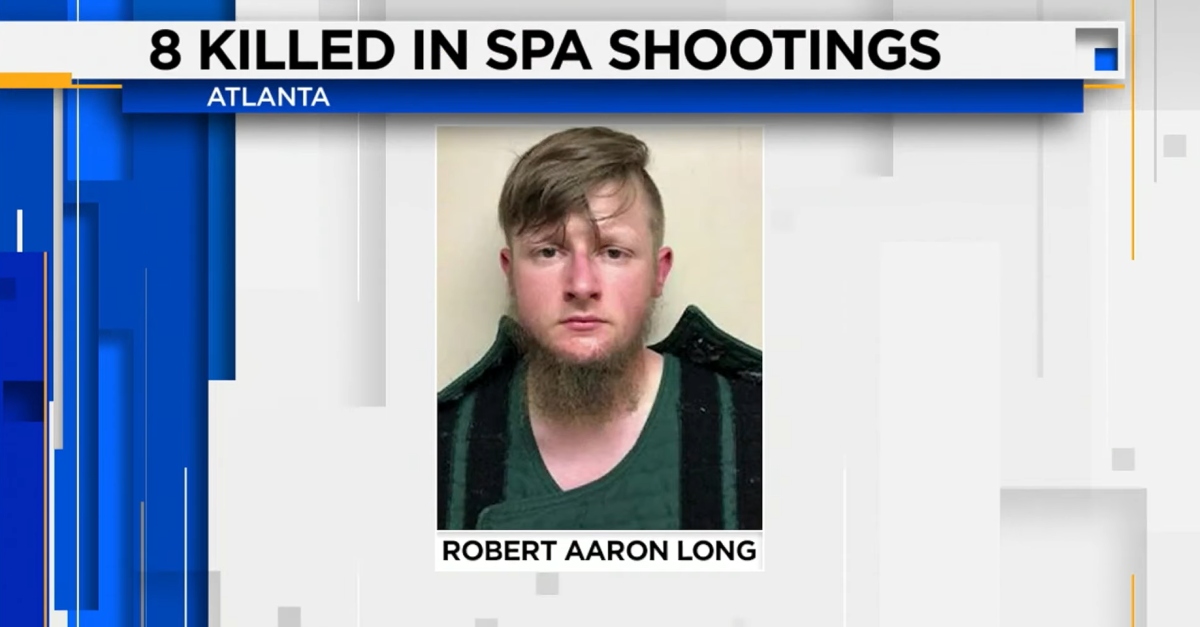 “Our firm has been in Cherokee County for twenty-five years, and when tragedy happens in our community, we feel it,” Burns said in a statement obtained by The Atlanta Journal-Constitution in a Tuesday report. “Our condolences are with the victims and their families. We are working on behalf of our client, Robert Aaron Long, to investigate the facts and circumstances surrounding this incident.”

Burns is a 1993 graduate of the Georgia School of Law, according to a biography on his website. He started his law firm Burns Law Group more than 20 years ago. The biography touts acquittals in cases including aggravated assault, molestation, drug matters, and DUIs.

Six of the eight people killed were Asian women. This immediately evoked the increased rates of hate crimes directed at Asian people during the COVID-19 pandemic.

The two other slain victims were:

Elcias R. Hernandez-Ortiz, 30, was grievously wounded. A GoFundMe campaign to raise medical bills stated he was shot in the “forehead down to his lungs and stomach.”

GoFundMe campaigns have also been created on behalf of the loved ones of Grant, Kim, Michels, Park, Tan, Yaun, and Yue.

The defendant is charged with eight counts of murder, and one count of aggravated assault.

Local law enforcement immediately backed off on whether the killings were a hate crime. Cherokee County officials said Long confessed to the slayings, but asserted these murders were not motivated by race. He claimed he did it because of a “sexual addiction.” Cherokee County Sheriff’s spokesman Capt. Jay Baker caught flak for saying the defendant had been having a “bad day.” He soon got in more trouble for social media posts allegedly showing him approvingly discussing shirts that stated the COVID-19 was imported from “CHY-NA.”

“We had four Asian females that were killed,” he said. “And, so, we are looking at everything to make sure that we discover and determine what the motive of our homicides were.”

Accounts from those who knew Long reinforced the idea that he was very religious, and felt guilty about his sexual desires.

Bayless said it was his understanding that Long’s relationship with a woman fell apart because he was going to massage spas. This roommate and the defendant’s parents said that Long would buy sexual services from massage facilities. The men at the 12-step facility raised their eyebrows, however, at Long going to Asian spas in particular.

4 of the 8 people killed yesterday by the shooter in Georgia were ethnically Korean women, ages ranging from 50-70 years old. Their nationalities are unconfirmed. At least 2 of the 4 *worked and lived* at the spas. These were poor Asian women without protectors.

So I hope you take some time today to see the way it shook our community, to hear from the voices in our city: https://t.co/Cu1LDfT52f

Fetishizing Asian women and then killing them for your fetishization is still a hate crime — still rooted in white supremacy and patriarchy.