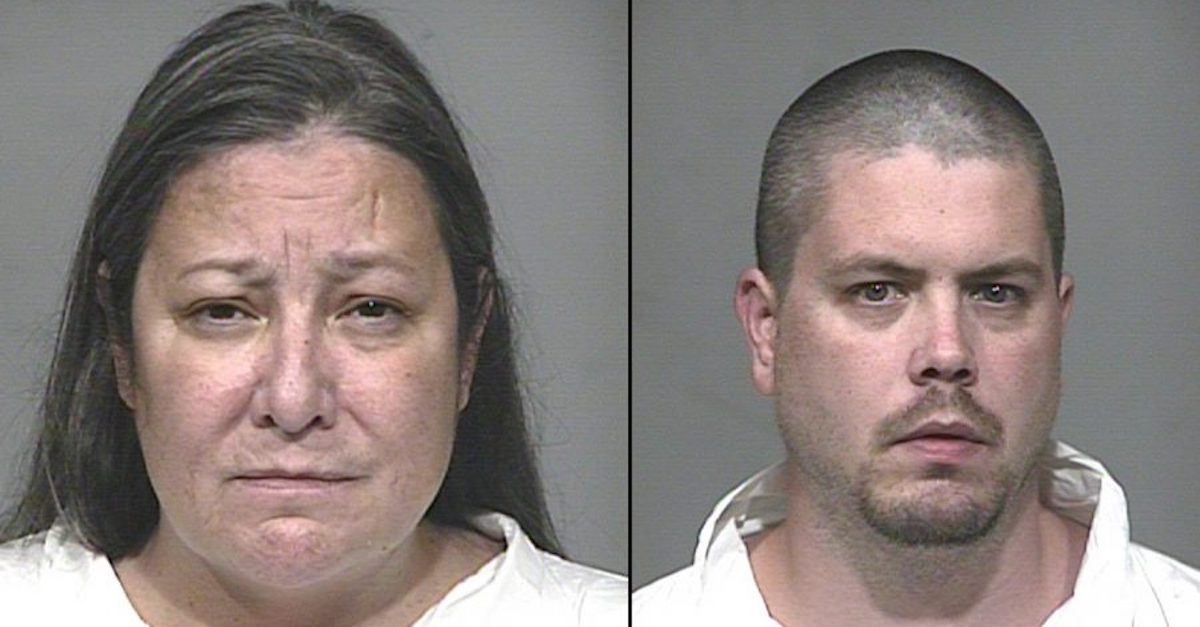 A 51-year-old grandmother in Arizona and her 33-year-old husband are behind bars this week after police say they killed the woman’s 11-year-old grandson inside of a hotel room. Stephanie M. Davis and Thomas J. Desharnais were taken into custody and charged with one count each of first-degree homicide and two counts each of child abuse, Phoenix NBC affiliate KPNX reported.

“I would hear banging, like abuse, like someone being thrown against the wall,” a woman staying in a nearby hotel room told the station. “I would hear whimpering in the bathtub.”

Officers with the Scottsdale Police Department on Sunday responded to a call about an unresponsive boy just before 5 p.m. at the Extended Stay America hotel on North Marshall Way. Upon arriving at the scene, first responders found the boy not breathing and attempted to perform life-saving procedures. The child was transported to a local hospital by Emergency Medical Services where doctors attempted to resuscitate boy but he ultimately succumbed to his injuries and was pronounced dead shortly after arriving at the facility.

The medical staff reportedly told investigators that the boy, whose name was not released, sustained “significant injuries” that were the likely cause of his death, per a report from KSAZ-TV.

Scottsdale Police Sgt. Kevin Quon reportedly confirmed to KSAZ that the 911 call came from one of the two suspects who was staying in the hotel room with the victim and the other male child.

Sgt. Quon also confirmed that police had at least one interaction with the family prior to the young boy’s death.

“As a homicide investigation, we are going to be pulling as much as we can from the residents to see if anything is related, and we will be scouring the entire place to see what is related,” Sgt. Quon reportedly said.

Law enforcement authorities have not released much more information about the case thus far, as the investigation into the child’s death is still ongoing.

While authorities have been tight-lipped on the circumstances of the case, witnesses at the hotel reportedly said it was clear that something wasn’t right with how the children were being treated.

Courtney Lage, a former employee at the Extended Stay America who worked at the front desk, reportedly told KPNX that she twice called the Arizona Department of Child Safety to report the way Davis and Desharnais treated the children.

“When the children were in here, I never see their eyes, they were always covered, they had baseball hats and [the grandmother] would never allow them to really talk directly to us,” Lage reportedly said, adding that she’d once spotted the children standing on the side of the road holding a sign that read, “We’ll work for food.”

“It was very clear there was something wrong, they were visibly shaking, she would not let them reply to any questions, she was always answering for them, that’s why I called [DCS],” the former employee said.