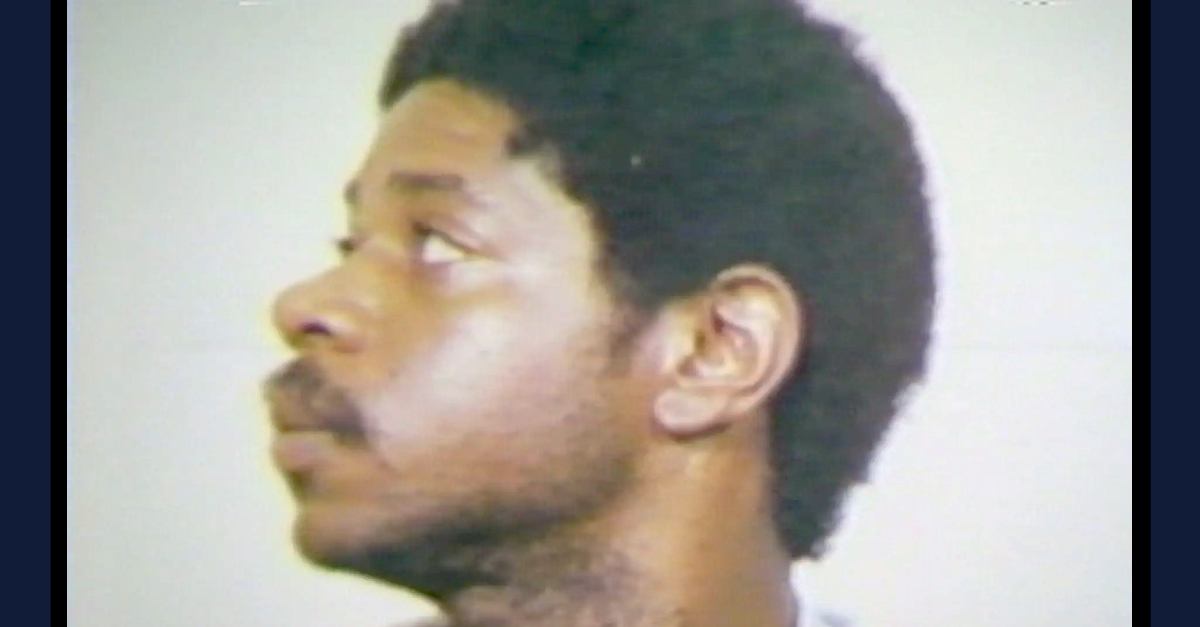 Joe Michael Ervin is seen in a jail mugshot from 1981.

When Joe Michael Ervin killed himself more than 40 years ago, he was in jail for fatally shooting an Aurora police officer and injuring a young man aspiring to become a cop. Now, Denver police officers say Ervin was a serial killer who also stabbed three women and a teenage girl to death.

Officers made the announcement Friday, according to CBS News. They said they used genetic genealogy to determine he was behind all of it.

From 1978 to 1981, someone stabbed to death Dolores Barajas, 53, Gwendolyn Harris, 27, and Madeleine Livaudais, 33, in Denver.  The same assailant also killed Antoinette Parks, 17, in nearby Adams County. At the time, the authorities did not make a connection between any of those murders, let alone to Ervin. 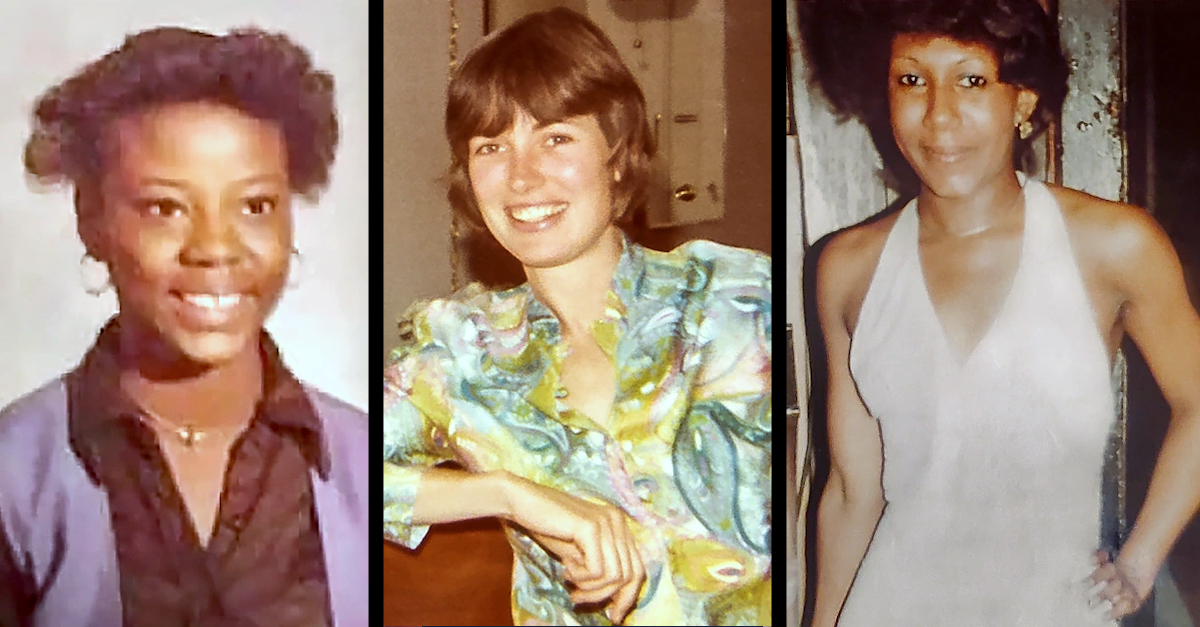 Ervin was finally arrested after he grabbed a gun from Aurora Police Officer Debra Sue Corr, 26, and shot her during a traffic stop on June 27, 1981. Authorities arrested Ervin at his Aurora home while he was attempting to saw off a handcuff the slain officer had put on him.

The department commemorated Corr on the 40th anniversary of her murder. She was the first Aurora officer to die in the line of duty and had only been with the APD for a year.

Today, members of the Aurora Police Department remember Debra Sue Corr, the first Aurora Police Officer killed in the performance of her duties. This year marks the 40 year anniversary of her death.#NeverForgotten🙏 pic.twitter.com/HFHmtfnPm6

Cops say they linked the four stabbing deaths by reexamining DNA evidence between 2013 to 2018. The evidence began to point to a suspect when authorities located a relative in Texas. From there, authorities exhumed Ervin’s body in the Lone State in 2021. It yielded a match.

The identification Ervin as the killer led the families of the victims to recall the promises and potentials of the people whose lives were cut shot.

Two brothers of Antoinette Parks said they believe the teen would have one day opened a daycare.

“She was young, vivacious,” George Journey said, joined by brother Karl. “She loved children. She was a good student.”

She was also pregnant and about to become a mother herself, according to Denver television station KCNC.

Furey-Livaudais was a mother of two. She worked as a writer and editor on the children’s magazine Ranger Rick, her family said. Daughters Molly and Ariel Livaudais said Ervin stole the life they could have had with their mother.

“We didn’t get to grow up with her and hear her stories and witness the contributions she would have made to the world,” Molly told CBS.

“Dolores Barajas was a wife, mother, grandmother and beloved part of a loving family,” said one family statement, according to Denver ABC affiliate KMGH. “She had spent the summer of 1980 visiting family in Denver and working at a hotel downtown. That Sunday was to be her last day of work before returning to her home out of state. Her family still misses her very much and expressed great appreciation for everyone’s efforts and determination in solving this case.”

“Gwen was a bright, soft-spoken, athletic young woman who enjoyed life and always had a smile on her face,” cops said while relating the thoughts of her relatives. “Her family also shared that because of the decision of another to take life with no regard, the 1980 murder of Gwendolyn Harris was devastating and unimaginable to the family. Gwen will forever be in our hearts and always our joy.” 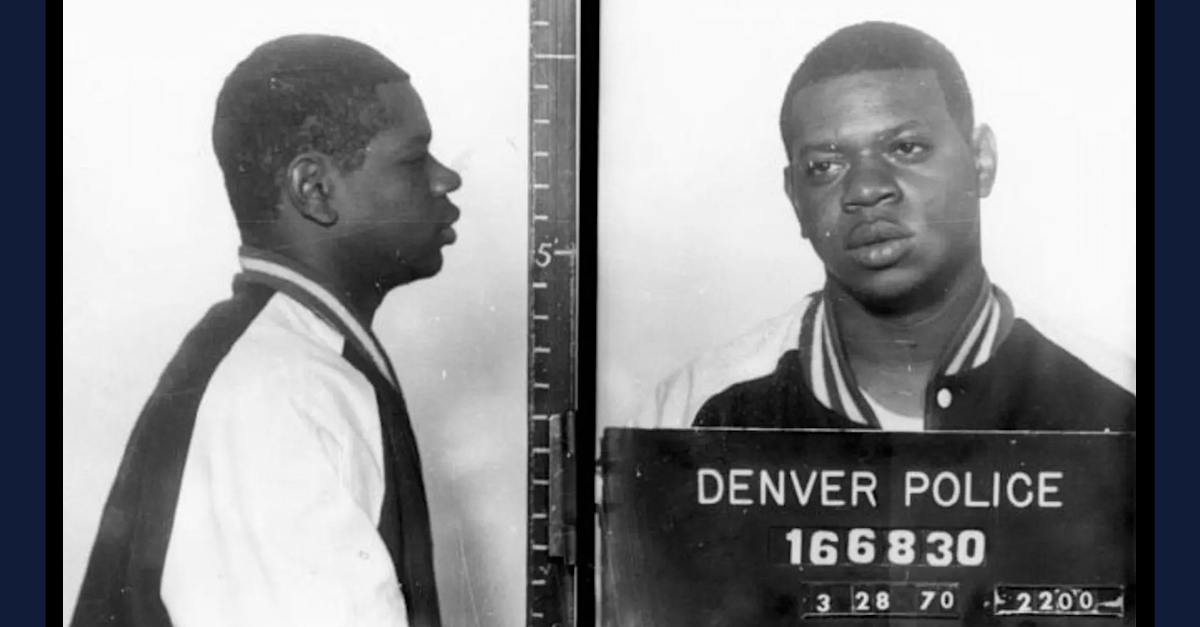 Glenn Spies, 19, happened upon the fatal encounter between Officer Corr and Ervin. He was actually in Aurora’s Police Explorer Program and was driving home after his shift.

He got out to help Corr. Ervin attacked him — and shattered the teen’s dream of becoming a law enforcement officer.

“I pulled behind her car,” Spies told KCNC. “I got out and tried to assist the officer at which time I heard her scream for help. I heard gunfire and tried to duck behind the patrol unit. He shot me and I fell to the ground.”

The bullet shattered near his spine.

Spies struggles to walk and lives with increasing pain, the television station reported.  However, Spies said he does not regret making the fateful decision to intervene all those years ago.

Watch the police press conference below: