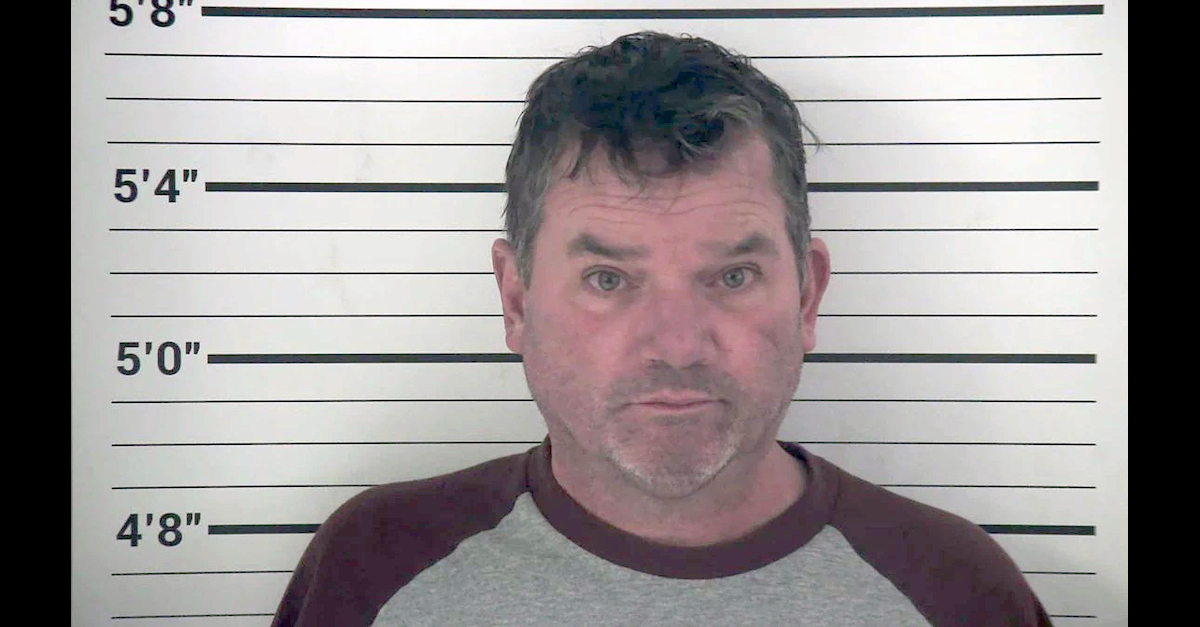 A Cincinnati-area man faces a 26-count indictment alleging a series of sex acts and related crimes in Campbell County, Kentucky. William Blankenship, 56, described by prosecutors as a Southgate, Ky. resident, is accused of rape, sodomy, kidnapping, burglary, unlawful transactions with a minor, and sexual abuse, according to an indictment filed Thursday and obtained by Law&Crime. Those new charges are on top of eleven similar counts he already faces in neighboring Hamilton County, Ohio.

Blankenship’s alleged Kentucky crime spree dates back to August 1987. Other alleged crimes occurred in various time frames between 1989 and 1993, between May and Oct. 1999, and in the month of March 2000, authorities say. The defendant’s six alleged Kentucky victims are listed only by their initials:  B.R., G.B., R.P., C.D., D.D., and C.G.

Prosecutor Kyle Burns said at a press conference that one of the victims was 14 when the attacks started; two others were on either side of the age of 12.

“Five of our victims are strangers to the defendant,” Commonwealth Attorney Michelle Snodgrass noted. “One victim was not a stranger and was in a relationship as a minor with the adult, Mr. Blankenship.” That victim did not have the legal ability to consent to sex acts, prosecutors noted.

Snodgrass later said that two of the victims are related to each other.

The top prosecutor for Campbell County explained that Blankenship’s indictment came after a cold case unit began examining old rape cases in her jurisdiction. That unit was formed about a year ago and noticed specific patterns in the various cases now linked to Blankenship.

“There are a lot of similarities in the facts and circumstances to each of these crimes to the horrific events that each woman dealt with at the hands of Mr. Blankenship,” Snodgrass said. Those similarities included “small things” that allowed investigators to put together the defendant’s M.O.

“I think what was so similar was the way that the crime was performed — the way the assault was perpetrated onto these victims,” Snodgrass said. She said she didn’t want to go into further detail given that the case had just been filed and because she wanted to protect the victims as much as possible.

“There are multiple victims who finally today at least have a little bit of justice knowing that their cases can now move forward,” Snodgrass added. She also opined that there was “no doubt” that additional victims were out there — likely in the “greater Cincinnati area.”

The authorities didn’t have to look far to find Blankenship. He was already facing other charges in neighboring Hamilton County, Ohio.

“This could be the tip of the iceberg,” Snodgrass suggested of cases, given that the defendant allegedly crossed state lines and allegedly operated over the course of more than a decade.

According to court records, Blankenship is charged in Hamilton County, Ohio with eleven counts, including burglary, rape, gross sexual imposition, and kidnapping. Those charges were filed Feb. 11. They involve three victims — T.R., M.H., and D.T. — and alleged crimes committed during the years 1999 and 2001.

Snodgrass praised multiple gathered police officers who were present with her.

“They spent so much time worked with the victims,” Snodgrass said.  “They really deserve all the credit for where we are today.”

She later added that the investigators who worked the case worked hard to earn the victims’ trust. She also said the victims were “grateful” to the officers who reexamined the cases.

While the victims were relieved that the defendant had been charged, Snodgrass said the victims had long believed charges would never come.

One of the investigators said the phone calls which notified the victims of Blankenship’s arrest resulted in a flood of negative emotions rushing back.

But Snodgrass said it was most important to note that the wheels of justice were still turning.

“I think it’s important for individuals that are victims of crime, especially people that are victims of sexual assault, to know that there are police officers that are still looking at cold cases. They are still investigating. Evidence comes forward. Witnesses come forward. Don’t think that you’ve been forgotten,” Snodgrass added. “And for our victims, in these cases in particular, they know today they weren’t forgotten.”

A reporter present at Thursday’s press conference challenged Snodgrass about one of the underage victims.

“Obviously the juvenile who had the relationship with Blankenship knew who her perpetrator was. Why is it that it took this long for him to be tied to her case?” the reporter asked.

Snodgrass said she “didn’t know if that information was available to police officers at that point in time.” The prosecutor then reiterated that agencies in her jurisdiction connected many of the dots in the case through information gleaned by neighboring authorities in Hamilton County, Ohio.

Blankenship is being held on a $1 million bond in the Campbell County case.

Read the Hamilton County indictment below:

Watch the Campbell County press conference below via WXIX-TV: