Pa. Man Charged with Attempted Murder for Beating 2-Month-Old Boy So Badly That He Made a ‘Loud Screeching, Unusual-Sounding Cry’: DA 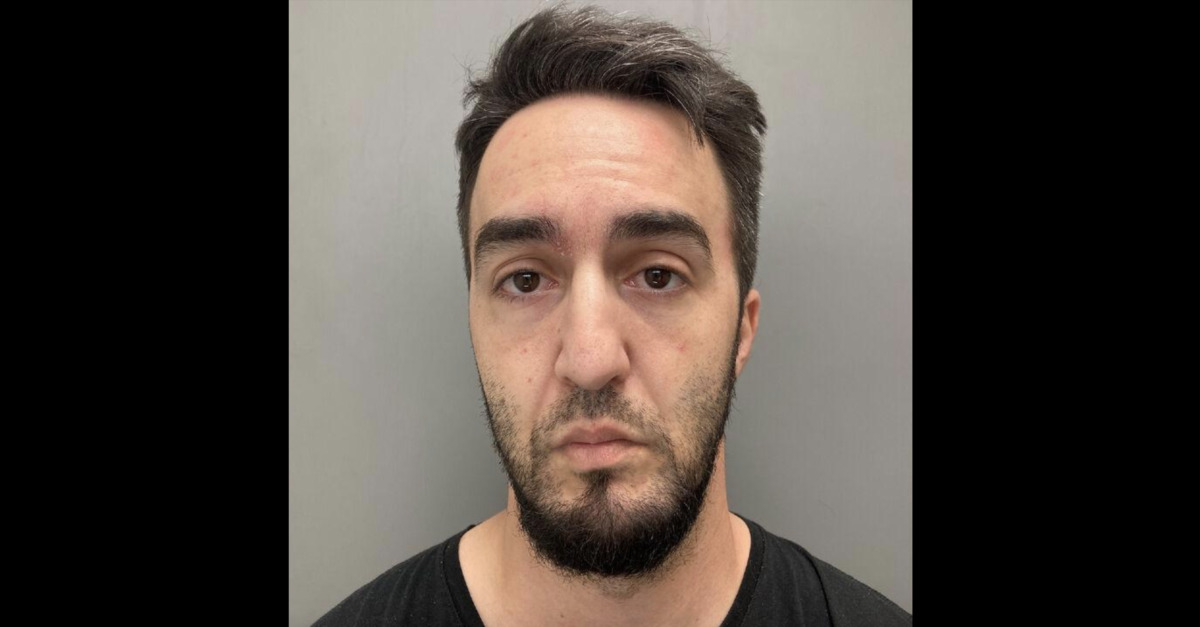 A Pennsylvania man is in jail on $1 million cash bail for allegedly attacking his two-month-old baby boy two days in a row.

Daniel Rohloff, 33, stands accused of attempted murder after being arrested on Wednesday. Authorities allege that he severely beat his child, Landon Rohloff on Monday and Tuesday of this week–and that evidence of those beatings was caught on surveillance footage.

“Baby Landon was cruelly and severely injured at the hands of this defendant, who as his father had a duty to protect him,” Montgomery County District Attorney Kevin R. Steele reportedly said during a Thursday press conference alongside Upper Merion Police Chief Thomas Nolan. “We will seek to hold him responsible for his actions.”

On Tuesday morning, the infant was brought to the Children’s Hospital of Philadelphia by both of his parents where doctors there found what they termed “inflicted injuries” on the young, defenseless boy.

Local Fox affiliate WTXF reports that the child also suffered several “bilateral subdural hemorrhages,” internal bleeding that causes a pool of blood to build up and is usually caused by an extreme head injury.

The most recent beating was apparently so bad that Landon required life-saving measures like intubation and critical care, according to court papers reviewed by The Mercury. He is still being evaluated by doctors in the hospital’s pediatric intensive care unit as of Thursday.

Detectives were alerted to the injuries on July 27 and an investigation commenced. Detectives quickly ascertained there were security cameras throughout the house. After reviewing the footage, Rohloff was charged with multiple offenses including aggravated assault, endangering the welfare of a child, and reckless endangerment.

That surveillance footage allegedly shows the father’s attempts to conceal his abuse of the child. In one clip, he can allegedly be seen entering a room with a placid Landon in his arms before he throws a towel over the camera. After that, according to the DA via the Montgomery Daily Voice, the baby begins to “intensely scream.”

At 10:20 p.m. that same night, Ohloff returns and the process plays out again. This time, however, according to the DA’s Office, Landon emits a “loud screeching, unusual-sounding cry.”

An intense argument–audio of which was captured by the security cameras–later broke out between Rohloff and the baby’s mother during which objects can be heard breaking off-screen.

During that argument, police allege, one of the objects that broke was a beer bottle Rohloff allegedly threw at the child’s mother. The defendant allegedly “ripped” the baby from his mother “in an aggressive manner by Landon’s arms,” court papers claim.

The boy’s unnamed mom can be heard threatening to call the police but she eventually exits the residence roughly 20 minutes after the fight. She returns around midnight after being texted that her child was having seizures. Those seizures apparently stopped for awhile but flared up again the next morning, prompting the hospital visit.

The mother, who reportedly forced Rohloff to drive her to the hospital, described Landon as “limp” and “pale in color” that morning.

During the investigation, authorities also learned that the family has been under scrutiny from the Montgomery County Office of Children and Youth since Landon was born due to concerns about the father during the baby’s birth. Social workers got involved with the family on May 26 “after being notified of substance use and mental health concerns in regard to Daniel Rohloff,” according to the affidavit as noted by the Mercury.

“Rohloff was exhibiting strange and unusual behavior while (the child’s mother) was in the maternity ward giving birth to their child,” the criminal complaint continues. “His behavior required the hospital to summon the police and had Rohloff removed from the premises.”

Social workers also told police that they had made numerous attempts to restrict the father’s unsupervised access to the child and to perform drug testing. All those efforts proved unsuccessful, they said, and the father “indicated he did not believe he needed to be supervised,” detectives wrote in court documents.

When quizzed by detective on the night of July 27, the defendant allegedly provided a timeline that police say “was sporadic and vague and as the interview progressed, detectives noted numerous inconsistencies and efforts by Rohloff to minimize events.”

Rohloff was arraigned on Wednesday night. He is currently being detained at the Montgomery County Correctional Facility. The defendant’s next hearing is slated for Aug. 9.