‘A 20-Month-Old Was Tortured for Being A Toddler’: Florida Man Sentenced for Horrific Six-Week Torture of Baby Son 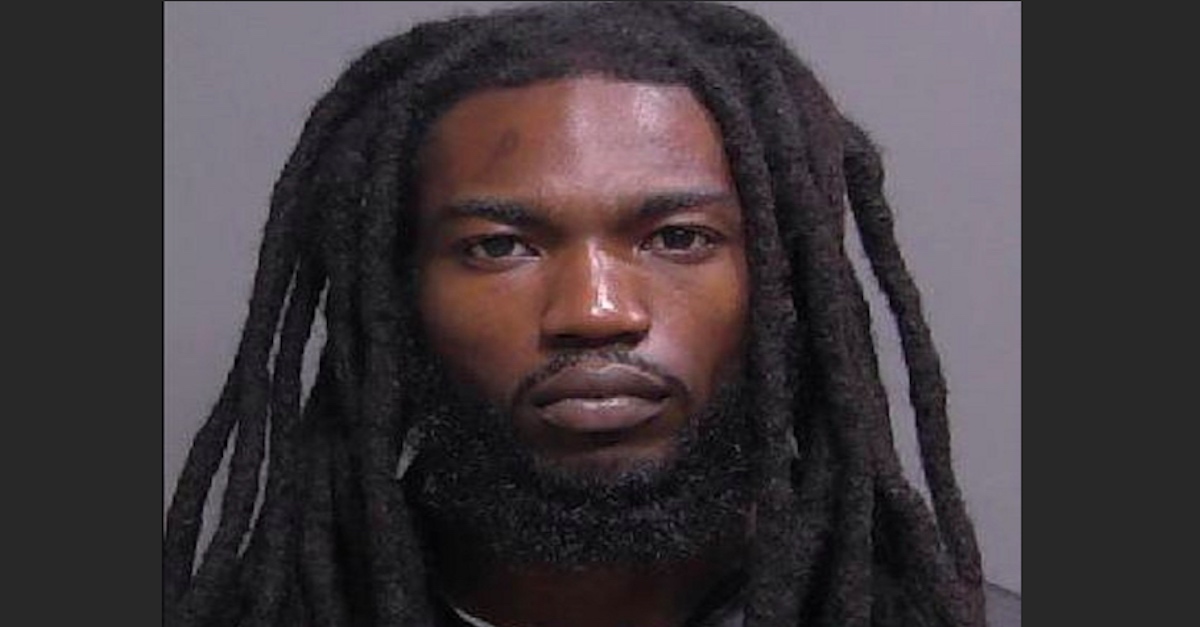 A judge in Florida sentenced a 30-year-old man to spend two decades in state prison for brutally torturing his toddler over the course of six weeks in 2018. Circuit Judge Terence Perkins handed down a sentence of 20 years in prison to Deviaun Toler for the weeks of heinous abuse. A jury agreed that Toler burned his 20-month-old son with boiling water and committed a final beating that both fractured the boy’s skull and left him on the brink of death, The Daytona News Journal reported.

A Flagler County jury in November 2021 convicted Toler on two counts of first-degree aggravated child abuse, one count of neglect of a child causing great bodily harm or permanent disfigurement, and one count of child neglect.

According to the report, Judge Perkins sentenced Toler to 10 years for each of the two aggravated child abuse charges.  The sentences run consecutively for a total of 20 years. Perkins also reportedly sentenced Toler to five years of probation for each of the remaining counts.  The sentence of probation must also be served consecutively (for a total of ten years) following the defendant’s release from incarceration.

The conviction could have resulted in a maximum of 80 years behind bars, per a report from Flagler Live. State sentencing guidelines called for Toler be imprisoned for a minimum of 15 years in prison.

Toler reportedly brought the toddler to Florida Hospital Flagler on Feb. 14, 2018 with “severe injuries all over his body, including bruising to his chest, back and a burn to his arm,” according to a Flagler County Sheriff’s Office report obtained by the Palm Coast Observer.

The boy “also had a fractured skull and brain swelling,” the report said.

Because of the severity of the child’s injuries, which doctors reportedly said were “life threatening,” the boy was transferred to Wolfson Children’s Hospital for specialized treatment. Toler was arrested the following morning.

Investigators reportedly discovered that Toler had bathed the boy using boiling water. That incident left “a large burn from the top of his right shoulder down the entirety of his right arm” and resulted in “permanent disfigurement and great bodily harm,” per the affidavit.

“He caused this horrific burn to him and instead of taking him to the doctor, he deals with it at home because he doesn’t want anybody to know what he’s been doing,” Assistant State Attorney Melissa Clark reportedly said during Friday’s sentencing hearing.

Toler also beat the boy regularly using his hands, a belt, and a “switch” made from a tree branch “as a means of discipline, which caused numerous scarred and open lacerations on the buttocks of the child that caused permanent disfigurement,” the affidavit reportedly said.

“This little boy, a 20-month-old, was tortured for being a toddler,” Clarke reportedly said. “He was a little boy, as many are at that age, that didn’t sit still. And he would get into things. He was climbing into the pantry and Deviaun Toler was frustrated and took out his frustration on that baby. And he did that with a belt, with a switch. If you recall, there was even a blackened eye.”

Clarke said the boy has since been adopted by a loving family, but the boy’s adoptive mother testified Friday that he continues to have a great deal of difficulty due to what he’s been through. She reportedly said the now-5-year-old has cognitive delays, has trouble holding utensils, has trouble keeping his balance, and is still unable to figure out simple puzzles designed for children younger than him, per Flagler Live.

“He needed to have boiling hot showers to feel like he’s showered,” the adoptive mother reportedly said.

Clarke also held up a text message Toler sent to the boy’s birth mother after she said she missed their son.

“And the defendant’s response while his little boy was being cared for in the hospital: ‘LOL, I bet you won’t say that when you get him back. I will be happy to give him back to you.’ This is while [the child] is fighting for his life,” Clark reportedly said.

Toler’s defense attorney, John Hager, reportedly asked that Toler be sentenced to somewhere around the 15-year mark called for by the state’s minimum sentencing guidelines.  He said his client’s conduct was out of character.