No Jail Time for Leopard Print-Clad Man Who Scaled Capitol Wall on Jan. 6. His Mom Blamed Rush Limbaugh and Alex Jones for Fueling His ‘Anger Issues.’ 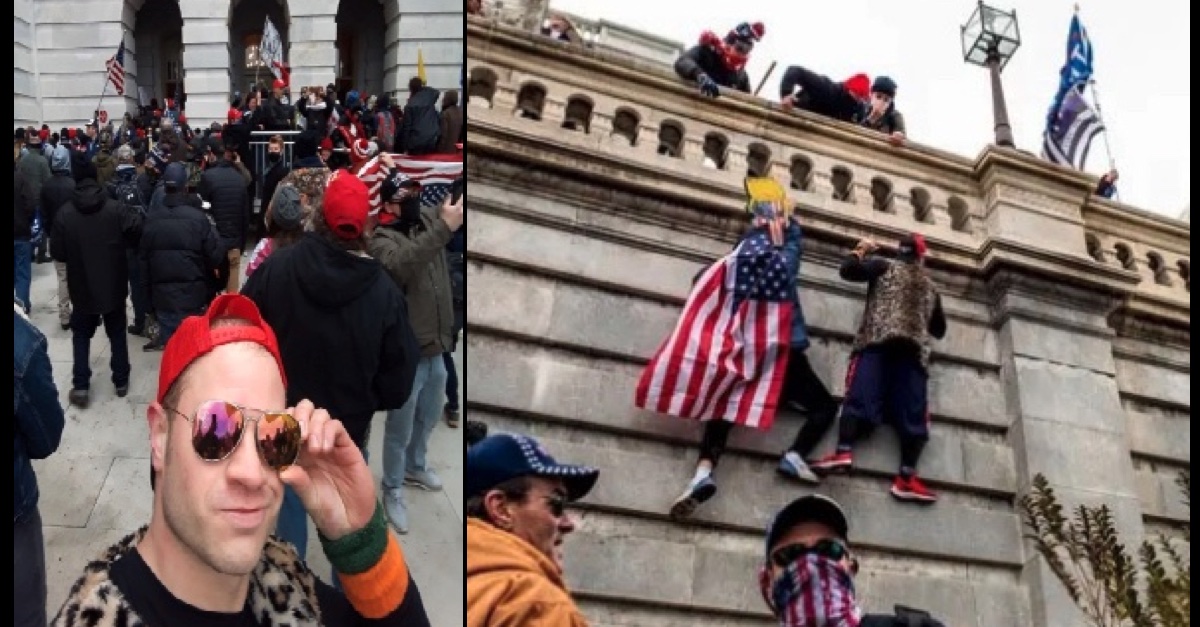 The Pennsylvania man whose mother blamed the late right-wing radio host Rush Limbaugh and conspiracy theorist Alex Jones for seeming to fuel her son’s “anger issues” has been sentenced to home detention and probation after scaling the Capitol wall and entering the building on Jan. 6.

Jackson Kostolsky, 32, was among those who scaled a wall outside the Capitol and entered the building itself on Jan. 6, as hundreds of Donald Trump supporters rushed police and broke through doors in an attempt to stop the certification of Joe Biden’s win in the 2020 presidential election.

“[I’m] catching a ride with my boys to see King Trump on Wednesday,” he had texted a friend on Jan. 4, two days before the Capitol attack. Prosecutors say he traveled with friends from Allentown to Washington to attend Trump’s so-called “Stop the Steal” rally.

Federal investigators were able to identify Kostolsky in part because of a particularly distinctive piece of clothing he wore that day: a sleeveless leopard-print vest. He was pictured climbing the wall outside the Capitol and was also seen on surveillance video briefly entering the Capitol.

Afterwards, he bragged about his exploits to a friend over text message.

“Scaled the wall and was inside,” he wrote. “Have video.”

Kostolsky, who said he breathed in tear gas while waiting to use the bathroom, told his friend that he was undeterred by apparent efforts to keep the mob away from the Capitol. He also seemed to celebrate the fact that lawmakers were forced to evacuate.

“Took the tear gas like a champ in porta potty line and caught a rubber bullet bruise I didn’t notice,” he wrote. “Politicians crawling in fear.” 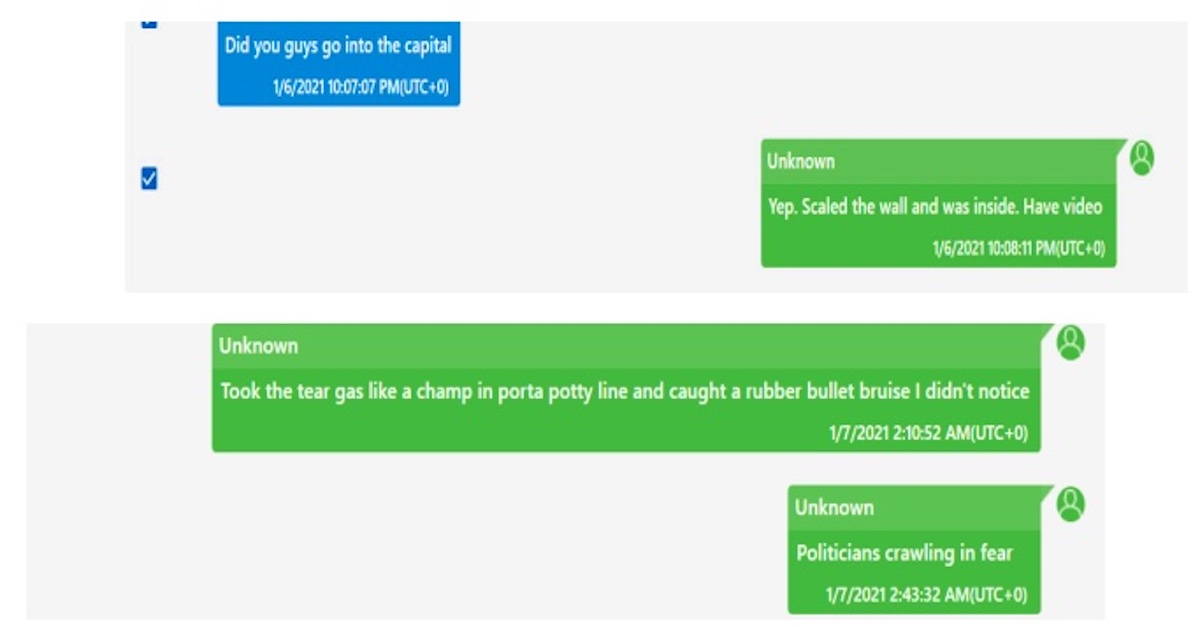 Kostolsky pleaded guilty in September to one count of parading, demonstrating, and picketing in a Capitol building, a misdemeanor that carries a potential six-month jail sentence but which has often resulted in sentences of probation in Jan. 6 cases. He had also been charged with disorderly conduct and entering and remaining in a restricted building. Those charges were dismissed as part of his plea deal.

Ahead of Tuesday’s hearing, Kostolsky’s mother Robin Kostolsky had written a letter in support of her son. She told Friedrich that her son was “basically a good person” who was led astray by right-wing media figures.

“Somewhere along the way while in his 20’s and living at his father’s, Jackson became inspired by the far-right media. [Just for the record, his dad and I are both registered Democrats]. He was very influenced by Rush Limbaugh and, sadly, Alex Jones and his conspiracy theories,” she wrote in her letter. “It seemed to fuel his anger issues. He believes everything Alex Jones has to say. Jack is what I believe to be a victim of the media. We differ alot in our political views, but we do have intelligent discussions and debates. That leads us to where we are now.”

Robin said that her son never found a career path worth pursuing, and that he has never made enough of an income to live on his own.

In his own letter to Friedrich, Kostolsky described the scene as a “giant block party” and explained that he “purposely wore an outfit that would undoubtedly stand out and make obvious I was there for fun and not violence.”

Despite scaling a vertical wall in an attempt to breach the Capitol (“not everyone scaled the wall like I could,” he texted a friend), Kostolsky, like so many other Jan. 6 defendants, said that he was essentially caught up in the moment.

“Just like many others on that day, I got caught up in the experience of it all and followed along to the Capitol, still ignorant of any intent to do anything more than simply protest,” he wrote.

Friedrich said she declined to impose a community service requirement because she wanted Kostolsky to focus on being able to find steady work.