‘You Now Have Coronavirus’: Man Allegedly Spewed Saliva at Boy After Telling Him to Take Off Mask 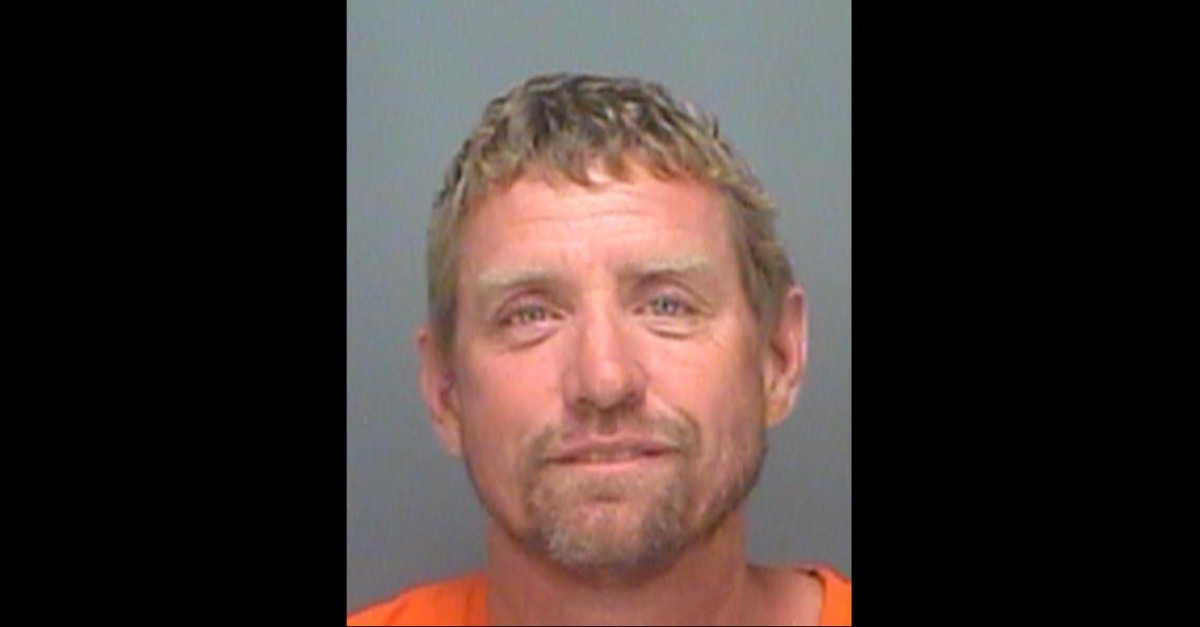 All right, at this point, there are several sub-genres of coronavirus-related cases (all of which are alleged): people snubbing COVID-19 restrictions by holding massive house parties; selling sham cures;  committing robbery by coughing a lot; pepper-spraying people; coughing on law enforcement.

Now, in Treasure Island, Florida, a man allegedly sprayed a boy with spit after telling the child to take off his mask. Jason Andrew Copenhaver, 47, got into a lot of trouble on Sunday, judging by the arrest affidavit obtained by Law&Crime.

The defendant approached a table at a local restaurant–Ricky T’s Bar and Grille–and asked the victim if he was wearing a mask. The minor–whose age was not disclosed–said yes, according to police. Copenhaver allegedly told him to take it off. The minor refused. According to cops, the defendant grabbed his hand tightly, got close to the minor’s face, and said, “You now have coronavirus.”

The victim claimed that Copenhaver was so close that spit particles from the defendant’s mouth landed on his face.

That’s just half the story. After that, Copenhaver went up to the bar, and a staff member asked him to have a seat because of his level of intoxication and he was not wearing shoes, officers said. The defendant’s alleged response was to approach the employee in a threatening manner and trying to hit him. But restaurant staff took control of the situation, and kicked him out. Copenhaver was held to the ground while police got to the scene, according to this account. The defendant invoked his right to remain silent, but said he had never been tested for COVID-19, and was not sure if he had it, police said.

Copenhaver is charged with a misdemeanor count each of disorderly conduct and simple battery. His attorney of record did not immediately respond to a Law&Crime request for comment. Records show the defendant posted a $650 bond.