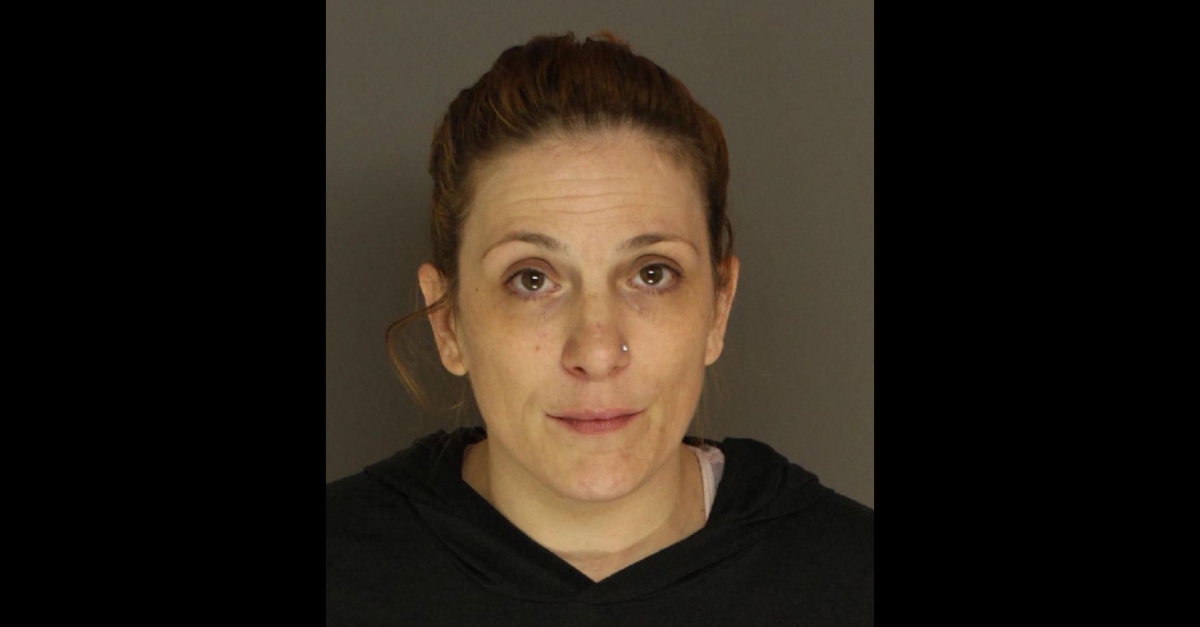 Officers with the Carlisle Police Department say they found out Amos had taken steps toward an “assault” on her ex-boyfriend. Well, that kind of understands the alleged plan. She’d asked another person to help in the attack of the former lover “up to and including death.”

Apparently, the arrest was last minute. From the police:

With assistance from the East Pennsboro Township Police Department, Amos was taken into custody enroute to carry out the assault. She was found to possess numerous items which were to be used in the attack and to later conceal / destroy evidence.

Officials say Amos was arraigned. Records viewed by Law&Crime show that that she is currently locked up in the Cumberland County, Pa. Prison as of Friday afternoon. It’s unclear if she has an attorney in this matter.

Unfulfilled murder plots are not entirely uncommon. Few can forget Florida’s Dalia Dippolito, whose criminal case stuck to the court system in a lengthy process. Ex-husband Michael Dippolito got to keep his life. There’s also the matter of the so-called Tiger King Joseph Maldonado-Passage (a.k.a. ‘Joe Exotic‘), who was convicted in an unexecuted murder-for-hire plot against his rival Carole Baskin.

Similar allegations ended with far more tragic results. Brenda Delgado was convicted in Texas last June for commissioning the murder of dentist Kendra Hatcher.  Hatcher was dating Delgado’s former boyfriend. The actual killer, Kristopher Love, received a death sentence; co-conspirator Crystal Cortes turned state’s witness in return for a 35-year prison sentence. But Delgado, who fled to Mexico, was only extradited back to the United States on condition she not face execution. After trial, she was sentenced to life in prison.

In another case, Valerie McDaniel died by suicide after she was caught on audio with her boyfriend Leon Jacob trying to hire a hitman (actually, an undercover law enforcement officer) to kill her ex-husband Mack McDaniel and his ex-girlfriend Meghan Verikas. Jacob was the only defendant to face trial, and he was convicted.