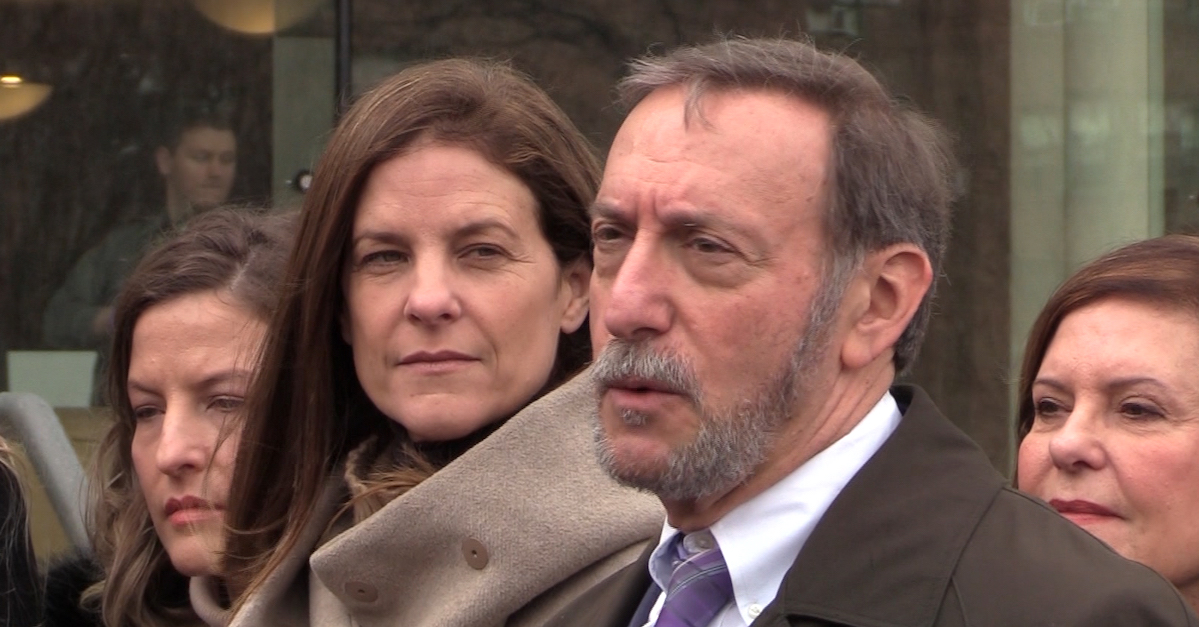 From the Connecticut Law Tribune on Monday:

Meanwhile,  Schoenhorn said he was never given the police interviews with his client, despite assurances he’d get them. When he does get those interviews, Schoenhorn said, he’ll look at the possibility that language barriers could have affected Troconis’ answers to police. Her first language is Spanish.

This interview follows an interesting development from Troconis’s arraignment on Friday for conspiracy to commit murder. She used a court interpreter for the first time in the case.

Troconis has entered the courtroom. She’s wearing headphones so the interpreter can translate the court proceedings for her. Note—she has never needed an interpreter for any hearing since her initial arrest in June. @News12CT

State’s Attorney Richard Colangelo pointed out that she never used an interpreter before. Schoenhorn said that his client couldn’t follow English completely.

Colangelo says this is first time Troconis has needed an interpreter. Schoenhorn says she doesn’t need every word translated but can’t follow 100%. @FOX61News

The defendant, who went to college in Venezuela, pleaded not guilty. Schoenhorn has maintained his client’s innocence. Police say she helped cover up the May 24, 2019 murder of her late ex-boyfriend’s missing estranged wife Jennifer Dulos. That boyfriend, Fotis Dulos, was charged as the actual murderer, but recently died by suicide. In a suicide note, he proclaimed his, Troconis’s, and co-defendant Kent Mawhinney‘s innocence. The victim remains missing.

To be clear, the language issue is just a possible defense right now, but it would approach the heart of the prosecution’s case against Troconis. Police said her first interview with cops largely matched the narrative in an alibi script. In her second, and third interviews, her story changed when when confronted with the evidence, “much of which was unknown to investigators during the first interview,” officers said. She didn’t keep straight on when and where she saw Dulos on the day of the alleged murder, and a meeting Dulos supposedly had with co-defendant Mawhinney, cops claimed. Her then-attorney Andrew Bowman was present for all questioning, investigators said.

It’s worth mentioning that a classified ad from October 2018 appears under Troconis’s name in Patch. Dulos was a building developer, and the post hypes up one of his properties in Farmington, Connecticut where he lived.

“The home features a steeply pitched roof, pointed dormers, and multi-paned casement windows. A slate roof and a tall corbelled chimney cap the house. The home is architecturally significant to Farmington due to its good representation of the Tudor Style,” stated the post under Troconis’s name. “The home underwent a gut renovation beginning in 2017 by the award-winning builder Fotis Dulos of Fore Group.”

Schoenhorn did not immediately return a Law&Crime request for comment.

Law&Crime Network analyst and defense lawyer Julie Rendelman, who is unaffiliated with the case, voiced some doubt about the possible language barrier approach.

“I hate to be skeptical of this potential defense, but it seems to me that one, it is unlikely that her initial attorney simply failed to notice a language barrier that would have impacted her ability to fully understand the police during their interrogation and respond appropriately to their questions,” she told Law&Crime in an email. “With that said, the prosecutor will have the burden to prove that she understood her rights, comprehended the questions posed to her and that she voluntarily chose to speak.”