Will Chris Stewart Be Next Director of National Intelligence? | Law & Crime 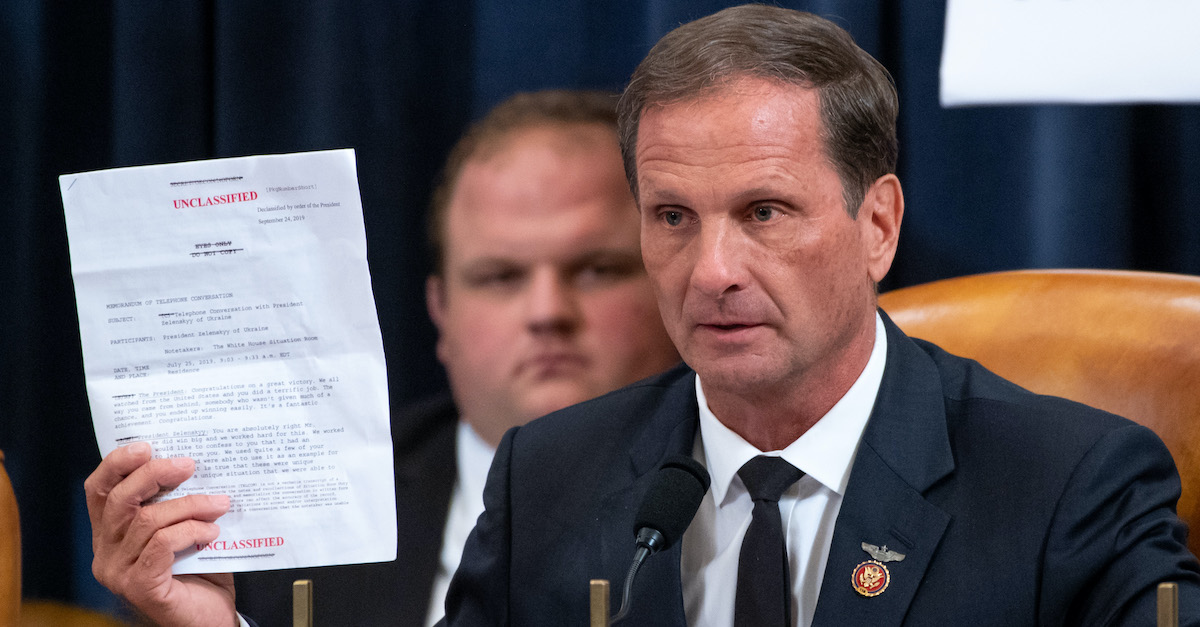 Representative Chris Stewart, Republican of Utah, holds up a copy of the transcript of a phone call between US President Donald Trump and Ukrainian President Volodymyr Zelensky as he asks questions of witnesses US Ambassador to Ukraine William Taylor and Deputy Assistant Secretary George Kent during the first public hearings held by the House Permanent Select Committee on Intelligence as part of the impeachment inquiry into Trump, on Capitol Hill in Washington, DC, November 13, 2019.

One of President Donald Trump’s staunchest defenders in the House phase of the impeachment inquiry may be rewarded with the Director of National Intelligence (DNI) role.

Rep. Chris Stewart (R-Utah), who once referred to then-candidate Trump as “our Mussolini,” is being considered for the position currently occupied by acting DNI Joseph Maguire. Maguire has served in an acting role since Dan Coats stepped down, but his time will be up as of March 11.

According to the New York Times, Stewart’s name has been floated for the role:

President Trump’s national security adviser, Robert C. O’Brien, is pushing him to nominate Representative Chris Stewart, Republican of Utah and a member of the House Intelligence Committee, for the job, the people said. Current and former officials cautioned that the discussions were fluid.

Stewart, a pilot in the Air Force for 14 years, is currently one of the minority members of the House Intelligence Committee.

Another possibility? Nominating Maguire for the position. Maguire is remembered, though, for initially withholding the Ukraine whistleblower’s complaint from Congress. Everyone knows what has happened since then. It’s unclear at this time if that helps or hinders his case heading forward.

One thing that the Trump administration would no doubt want to avoid is a John Ratcliffe-esque situation, wherein a nominee’s thin and questionable qualifications are scrutinized publicly to the point that a new candidate needs to be nominated to the position.