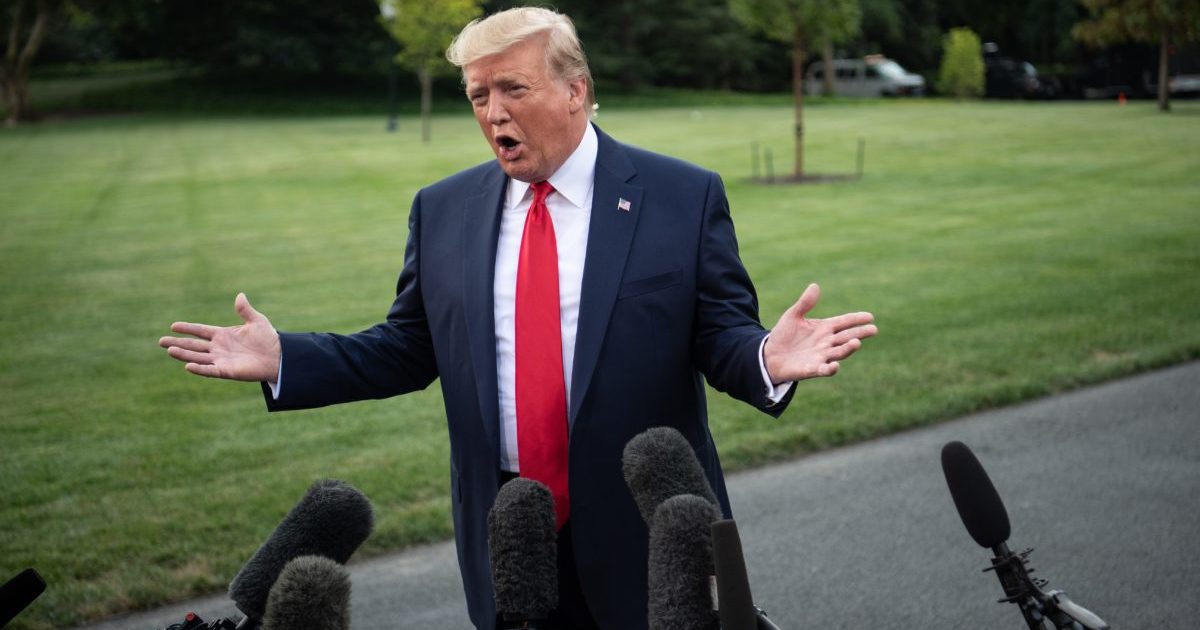 President Donald Trump disposed of any remaining pretense that the Department of Justice is an independent agency, openly implicating Attorney General William Barr in heeding his call to intervene on behalf of his longtime friend and associate Roger Stone in his federal criminal case. The president’s willingness to celebrate the flouting of traditional norms designed to insulate the DOJ from political pressure left many former federal prosecutors and legal experts dismayed, with several calling for Congress to take action.

“Congratulations to Attorney General Bill Barr for taking charge of a case that was totally out of control and perhaps should not have even been brought,” Trump tweeted Wednesday morning. “Evidence now clearly shows that the Mueller Scam was improperly brought & tainted. Even Bob Mueller lied to Congress!”

Congratulations to Attorney General Bill Barr for taking charge of a case that was totally out of control and perhaps should not have even been brought. Evidence now clearly shows that the Mueller Scam was improperly brought & tainted. Even Bob Mueller lied to Congress!

Prosecutors on Monday advocated Stone serve seven to nine years behind bars, but Trump promptly inserted himself into the case, tweeting that such a sentence would be “horrible and very unfair.”

DOJ’s brazen intrusion into the politically-charged case sparked all four prosecutors involved in prosecuting Stone to withdraw from the case. Those prosecutors, a couple of whom previously worked for special counsel Robert Mueller, made it quite clear at trial that Stone lied to protect Trump.

“There is a big back story here [regarding] Trump and Barr’s improper influence on the Stone/Flynn sentencing proceedings. Protest resignations by all 4 of the Government’s Stone trial team reflects significant underlying corruption/misconduct,” Signorelli said. “[S]hould be subject of House investigations/impeachment.”

There is a big back story here re Trump/Barr's improper influence on the Stone/Flynn sentencing proceedings. Protest resignations by all 4 of the Gov's Stone trial team reflects significant underlying corruption/misconduct — should be subject of House investigations/impeachment https://t.co/uv6vxVyugh

Rocah inferred that Barr’s interference was part of a larger strategy to “blunt any further impact of the Mueller investigation.”

Thread about the larger context of what’s happening with the Stone sentencing. It’s the most shocking but it looks like part of a larger picture to blunt any further impact of the Mueller investigation. https://t.co/60v2bp8uCr

There cannot be any question about what went on here, stated CNN legal analyst and former federal prosecutor Renato Mariotti.

Trump appears to confirm that Barr personally intervened in the Roger Stone case.

Given the circumstances of that intervention, there can be no serious question that Stone received special treatment due to his relationship with Trump. https://t.co/tpIbsb9Ymc

“The historic Justice Department is sadly and slowly damaging its moral authority to administer justice fairly and equitably,” he remarked. “At least the Titanic only hit one iceberg.”

The fact that Barr is okay with the obvious appearance of impropriety is shocking, regardless of what actually happened behind the scenes. An AG with integrity would recuse (or resign!) as soon as Trump started publicly weighing in. https://t.co/qSOhL1EPm2

The reaction to all of this was seemingly endless.

I spoke with ⁦@ThePlumLineGS⁩ about the Stone case etc.

One person can get to the bottom of this quickly: Judge Jackson at the sentencing next week.

She should order the 4 prosecutors, the DC US Attorney, and AG Barr to show up and explain. https://t.co/zLwtZDH3Dl

Trump is applauding his Attorney General for intervening in his former advisor's sentencing. We cannot accept this.

The Senate Judiciary Committee must call Barr to testify immediately. Doing nothing would completely betray our duty to hold the president accountable. pic.twitter.com/u2jrG19jtz

Today was worse than the Saturday Night Massacre because this time the AG was part of the interference with justice. During Watergate AG Richardson and Deputy AG Ruckelshaus stood up to Nixon and refused to do his dirty work. Shame on Trump and Barr and new US Attorney. #VoteBlue

As I said on the show today, the overt tampering with the system to shield Trump cronies is disturbing, but the really scary stuff comes as we’ll see how far Barr and his pals will go to get the system to attack Trump’s enemies.

With yet more politicization of prosecutions Bill Barr builds his reputation as the most corrupt Attorney General in American history.