Man Coughed at Store Customers, Then Wrote ‘COVID’ on Inside of a Cooler Door: Cops 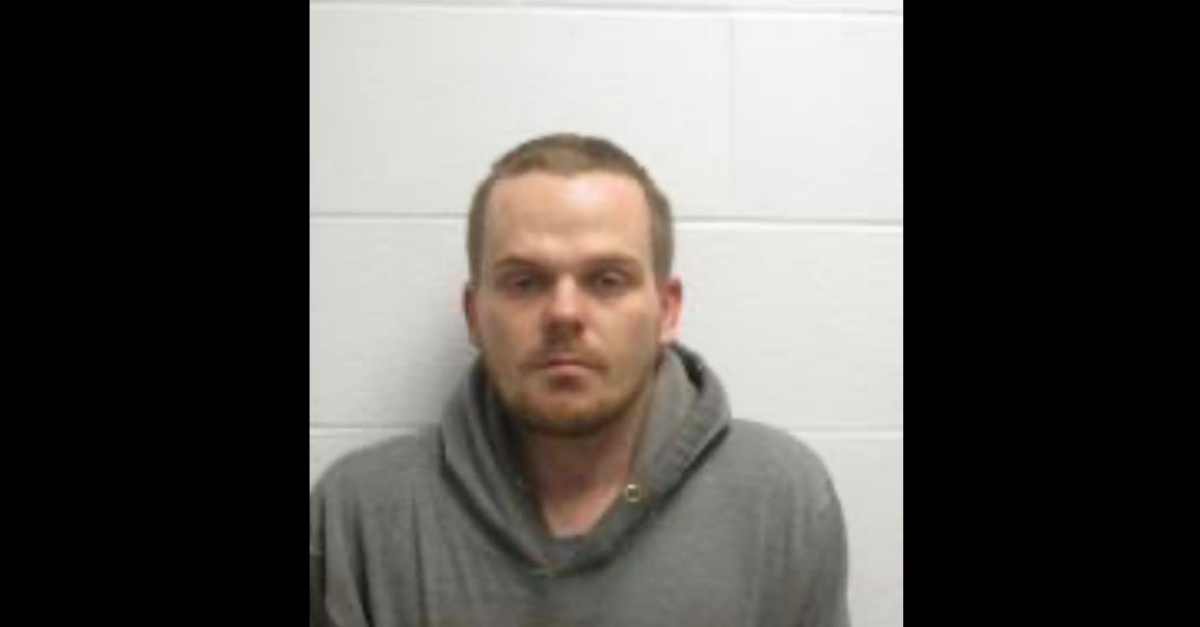 A Missouri man is accused of engaging in some gross behavior amid the novel coronavirus (COVID-19) pandemic. John Swaller, 33, is charged with making a terroristic threat in the second degree.

Officers with the Cuba Police Department said that on Tuesday, they got dispatched to a local business about a man causing a disturbance. The suspect (identified as Swaller) was coughing at customers on purpose, then breathed on the inside of a cooler door and wrote “COVID” with his fingers, an employee said according to cops.

Swaller also allegedly stuffed his hand down his pants, and rubbed the cooler door handle.

The store was shut down, and sanitized, officers said.

Cops didn’t immediately find Swaller (he allegedly left the scene), but eventually located him. The defendant was held on a $25,000 bond. It’s unclear if he has an attorney, but his father did stick up for him.

“He’s healthy as a horse,” a man, who asked not to be identified, told The St. Louis Post-Dispatch in a Wednesday report. He called the allegations a “big lie,” but declined to say any more.

“I feel that it worries a lot of the residents of Cuba,” he said. “It has angered a lot of people.”

Coughing-related allegations are a thing now, apparently. At the very least, coughing took on a whole new meaning amid the COVID-19 pandemic. Maybe some people allegedly coughed on responding law enforcement. Maybe a fight broke out, allegedly over incidental coughing. Swaller’s case isn’t even the first time someone was accused of coughing (or spraying) all over a business.