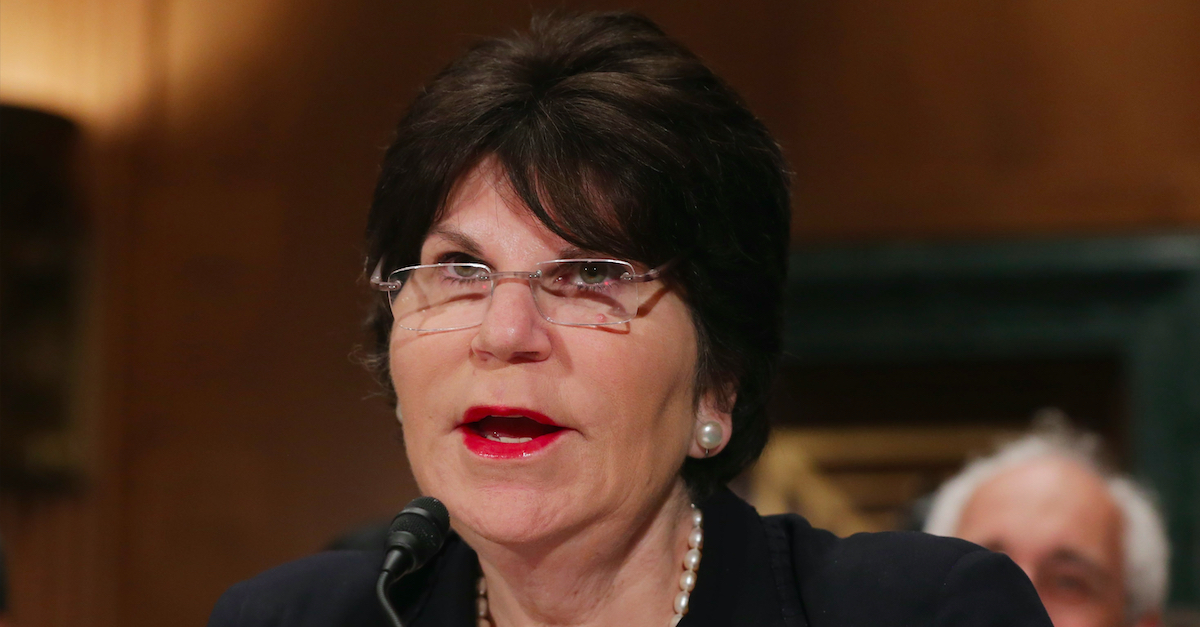 FHFA IG Laura Wertheimer testifies during her confirmation hearing before the Senate Banking, Housing and Urban Affairs Committee in 2014.

A committee of federal investigators concluded that Federal Housing Finance Agency (FHFA) Inspector General (IG) Laura Wertheimer abused her authority and undermined investigations by retaliating against employees in the IG’s Office that complained about her conduct.

In a 29-page letter addressed to President Joe Biden, the Integrity Committee (IC) of the Council of the Inspector General on Integrity and Efficiency determined that Wertheimer, a 2014 appointee of President Barack Obama, “engaged in conduct that undermines the integrity reasonably expected of an IG.” The Integrity Committee—composed of four IGs, an FBI investigator, and a representative from the Office of Government Ethics—is charged with overseeing probes into allegations of wrongdoing levied against IGs and their staff.

The investigation into Wertheimer began in 2017 after the Committee received multiple complaints alleging that she and several of her subordinates in the Office of Inspector General had “grossly mismanaged” audits, were engaging in “coercive personnel actions,” and had fostered a “culture of retaliation and abuse.”

“After thoroughly reviewing the evidence and responses, the IC finds by a preponderance of the evidence that IG Wertheimer abused her authority in the exercise of her official duties and engaged in conduct that undermines the integrity reasonably expected of an IG,” the report stated. “In particular, the IC finds that IG Wertheimer showed a disdain and resistance towards Congressional and IC oversight by fostering a culture of witness intimidation through a pattern of staff abuse and fear of retaliation.”

The report also declared that Wertheimer “refused to cooperate with the IC’s investigation” by withholding full access to documents and personnel from IC investigators.

According to the Committee, Wertheimer didn’t just fail to encourage employees to report wrongdoing in accordance with federal whistleblower laws, she sought out employees that did so and discouraged them by “ridiculing, belittling, and bullying her staff, including some who were communicating with Congress.”

The report said Wertheimer’s conduct included giving demeaning nicknames to a pair of staffers after they were interviewed and believed to be cooperating with a Congressional investigation, referring to them as “Boris and Natasha,” the cartoon spies from Rocky and Bullwinkle.

After initially denying that she had ever done so, Wertheimer eventually admitted that she did use such nicknames, saying she had only done so because she believed they were trying “to find ways to blow up the organization.”

She also referred to one of those staffers as “Weasel” in the presence of others and “took the extraordinary further step of purchasing and distributing a children’s book titled Weasels to multiple senior FHFA OIG employees.”

“This conduct was consistent with other mistreatment of OIG employees by IG Wertheimer, who openly belittled her employees, both for physical appearances and the quality of their work,” the report stated. “Such behavior suggests a hostility to oversight and is widely known to be unacceptable in the IG community and beneath the standard of integrity expected of an IG.”

“In more than 25 years in Washington, I have never once commented for the record about any of my matters.  I’m making an exception for this case because it’s a late hit after the whistle:  Far from supporting the notion that there was a culture of intimidation or retaliation against witnesses, the investigative report did not find that even a single witness had declined to cooperate out of intimidation or fear.  And it expressly says that ‘it did not find evidence of actual retaliation.,” Flood wrote in a statement to Law&Crime. “Inspector General Wertheimer has been a superlative IG and members of her oversight committee have commended her for her frankness, courage and service.  She and her staff were awarded the 2019 CIGIE Government Ethics Award for Excellence.  Anyone with an interest in her performance as IG can consult the FHFA-OIG website, where the record of her team’s accomplishments is public, extensive and incontestable.”

IG Report by Law&Crime on Scribd