Guard Rubbed His Genitals When ICE Detainee Told Him to Stop Staring in the Shower: Complaint 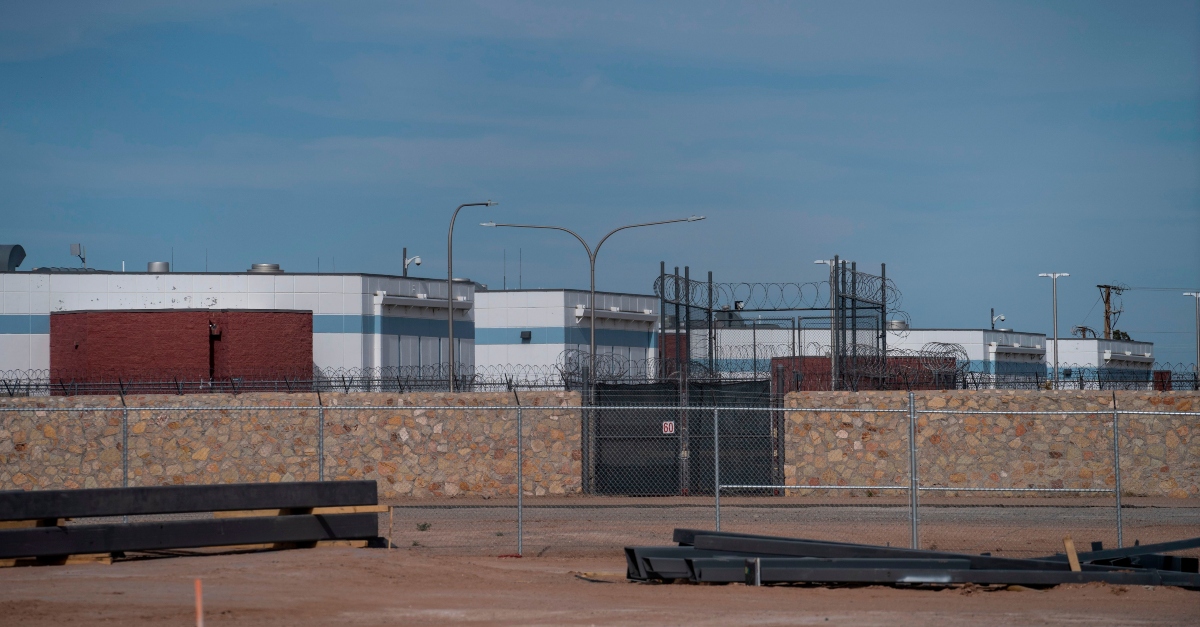 A legal advocacy group has filed a complaint over a U.S. Immigration and Customs Enforcement detention center in El Paso, Texas, alleging a pattern of sexual assault, harassment, and retaliation at the facility.

“In the complaint I share with the public today, these victims provide a pattern of systematic, predatory behavior exhibited by guards,” said Linda Corchado, Director of Legal Services for Las Americas Immigrant Advocacy Center, in a statement provided to Law&Crime. “Working in concert with one another, women tell me guards, and lieutenants, force themselves onto them and corner them into areas they claim to be unmonitored by cameras. These predators brainwash women into believing they can control their fate in immigration matters. They tell women they are powerless, that they have no rights, that no one will believe them.”

“We believe them,” Corchado said. “They do have rights. They are not powerless.”

For example, one woman, identified in the complaint as Jane Doe 1, said that an officer assaulted her multiple times. In one incident in June 2020, the officer is alleged to have forcibly kissed the woman, then touched her personal parts. She told him to stop or she would report him, but he said that nobody would believe her, the documents say. He allegedly said there was no evidence because he had assaulted her in a camera blind spot.

Another woman, Jane Doe 2, said that an officer made repeated sexual advances by promising clean uniforms and extra soap if she complied. This officer allegedly said that she should ask for anxiety or depression medication, which would get her benefits, including letting her meet him at night in a camera blind spot where they could engage in sexual activities. She refused and said she would report him if he kept trying, but the officer allegedly said she had no rights in the facility and that no one would believe her if she reported the conduct. Another officer later made a similar offer, said the complaint: Doe 2 was told she could sign up for meds so she could meet the officer at night for sexual encounters.  Doe 2 again refused, but one of the officers mentioned in the complaint allegedly kept trying to engage with her sexually even after she left the facility in April 2020.

A man identified as John Doe claimed that in or around July 2020, he and other detainees were taking a shower when he saw an officer staring at them. “John Doe” told the officer he couldn’t stare, but the officer began rubbing his genitals in response. This accuser and the other detainees yelled at the guard to stop, according to the complaint.

John Doe told “intake” what happened, but after two hours, the complaint papers say a captain told him that the investigation concluded by determining that the officer was just doing his job. Doe wrote an incident report in which he claimed the captain botched the investigation.

He further claimed an officer later walked into the shower while he was there; he yelled at the officer to get out until another officer pulled the first officer away. A lieutenant told him that a captain would oversee the matter, but the captain never arrived. Rather, officials instead put Doe in solitary confinement for five days, the complaint reads. This detainee said he believed the way he was treated was retaliation for writing a report against the captain for allegedly botching the earlier investigation. He was not told why he was in solitary; he was removed only after he started a hunger strike and refused to take his blood pressure medication, the complaint said.

“U.S. Immigration and Customs Enforcement (ICE) has zero tolerance for any form of sexual abuse or assault against individuals in the agency’s custody and takes very seriously all allegations of employee misconduct,” an ICE spokesperson told Law&Crime in a statement. “ICE is aware of the complaint which will be investigated by the Office of Professional Responsibility (OPR) and the Office of the Inspector General (OIG) as is standard procedure. As public servants working for a law enforcement agency, ICE employees are held to the highest standard of professional and ethical conduct. Incidents of misconduct are treated with the utmost seriousness and investigated thoroughly. When substantiated, appropriate action is taken.”

Global Precision Systems is contracted to run the facility. A spokesperson told ProPublica and The Texas Tribune, which both broke the story, that she could not comment on pending legal matters.

Corchado said that she shared the complaint with the El Paso County District Attorney Jamie Esparza and U.S. Attorney for the Western District of Texas John F. Bash.

That DOJ office told ProPublica and the Tribune they had received the complaint and, as a matter of policy, took all misconduct allegations against public officials very seriously.

A spokesperson for the El Paso D.A. reportedly said the office forwarded the matter to the Department of Homeland Security’s Office of Inspector General. The OIG did not immediately respond to a Law&Crime request for comment.

Complaint Over ICE Facility by Law&Crime on Scribd

Letter About Complaint Against ICE by Law&Crime on Scribd