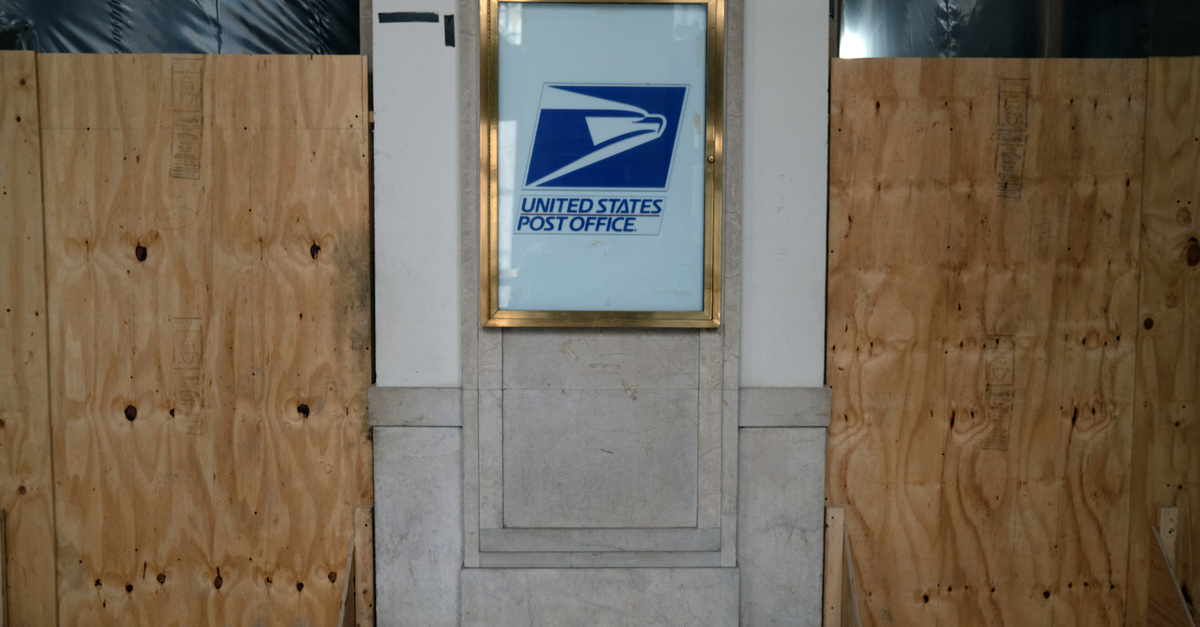 The U.S. Postal Service (USPS) Office of Inspector General (OIG) is launching a dual-pronged investigation into Postmaster General Louis DeJoy in response to a request from Sen. Elizabeth Warren (D-Mass.), according to multiple media reports.

Last week, Warren and a small group of her colleagues from both chambers of Congress requested a review into DeJoy by sending a letter to USPS Inspector General Tammy Whitcomb. That letter flagged concerns over “modifications” recently made to USPS “staffing and policies,” as well as whether DeJoy himself has “met all ethics requirements.” DeJoy is a Trump mega donor with millions of dollars invested in USPS contractors and competitors; he was confirmed by the Postal Service’s board of governors in May.

DeJoy’s new policies have resulted in “slower and less reliable mail delivery,” the lawmakers said–claiming that continuing down that road is a clear-and-present danger to “the well-being of millions of Americans that rely on the Postal Service for delivery of Social Security checks, prescriptions, and everyday mail of all kinds.”

The ask appears to have been fulsomely answered.

“We have learned that the United States Postal Service Office of the Inspector General is investigating all aspects of our request,” Warren spokesperson Saloni Sharma told CNN.

But the precise contours of that investigation remain unclear.

“We have initiated a body of work to address the concerns raised, but cannot comment on the details,” a spokesperson from Whitcomb’s office told the outlet.

Democrats claim to be worried that DeJoy’s changes are geared toward an intentional slowdown and sabotage of the agency’s ability to deliver mail–postal ballots in particular.

“Given the ongoing concerns about the adverse impacts of Trump Administration policies on the quality and efficiency of the Postal Service, we ask that you conduct an audit of all operational changes put in place by Mr. DeJoy and other Trump Administration officials in 2020,” the letter reads.

Those concerns are widely-shared by many Americans–including USPS employees and union leaders.

On Thursday, Vice News reported that at least 19 mail sorting machines across the country have been decommissioned–or scheduled for decommissioning–in recent weeks.

That news quickly stoked fears that President Donald Trump and his allies were intentionally sabotaging mail operations in order to diminish the USPS’s ability to sort and deliver mail-in ballots in time for the 2020 general election.

Law&Crime took stock of the legal reaction to that report.

“This reeks of mail and election fraud–the scheme to defraud using the removal of mail sorting machines without reason as a means to inhibit mail in voting,” federal criminal defense attorney Tor Ekeland said in an email. “These are felonies and should be investigated and prosecuted appropriately.”

According to that report, “671 machines, scattered across the country but concentrated in high-population areas” have been taken out of commission by the Trump administration since June. And those machines “have the capacity to sort 21.4 million pieces of paper mail per hour,” the report noted.

DeJoy recently issued a memo confirming that he plans to forge ahead with revamping the “organizational structure” of the USPS.

Law&Crime reached out to the USPS OIG for additional details about the planned inquiry but no response was forthcoming at the time of publication.