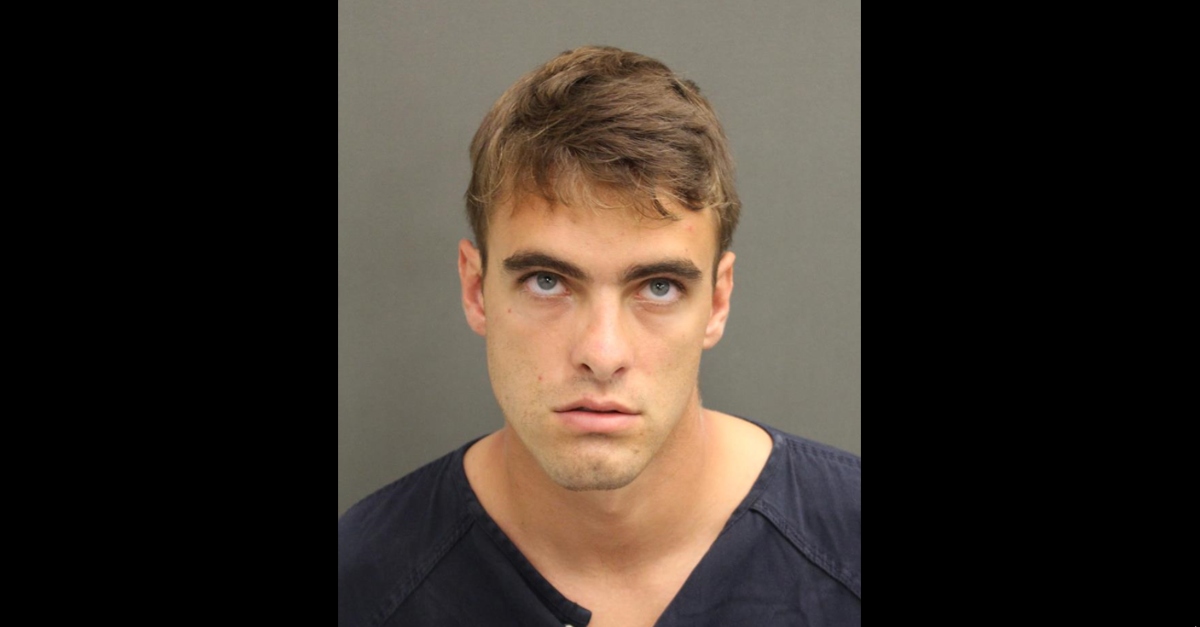 Authorities in the Sunshine State say a local man threatened to shoot up a Walmart with a semi-automatic rifle.

“3 more days of probation left then I get my AR-15 back,” Richard Clayton, 26, wrote on Facebook, according to The Florida Department of Law Enforcement. “Don’t go to Walmart next week.”

That was written on Tuesday, authorities said. This was just a few days after a gunman opened fire at a Walmart, Texas, taking the lives of 22 people in an allegedly racist attack.

The FDLE arrested Clayton, a Winter Park resident, on a charge of written threats to kill or do bodily harm. They claim that this defendant “appears to believe in the white supremacist ideology” and has posted threats on Facebook before by using “fictitious accounts.”

Clayton remains at an Orange County jail in lieu of $15,000 bond, according to records viewed by Law&Crime. No attorney is no named. No hearing is immediately scheduled as of Sunday.

The arrest follows a spate of high-profile mass shootings last weekend. Just hours after the El Paso incident, a man opened fire in Dayton, Ohio, killing nine other people, say police. Cops there have yet to announce an alleged motive. One of the victims included the alleged gunman’s reportedly transgender brother.

Clearly, events set people on edge nationwide. Take what happened in Springfield, Missouri, say prosecutors over there. A man was charged after he allegedly went to a Walmart on Thursday wearing a ballistic vest, and with an AR-style rifle across his chest while recording himself, according to an arrest report released by The Greene County Prosecuting attorney.

According to documents, defendant Dimitriy N. Andreychenko told investigators he wanted to know if that Walmart “honored the 2nd Amendment.” Authorities said he was being reckless to the point of breaking the law.