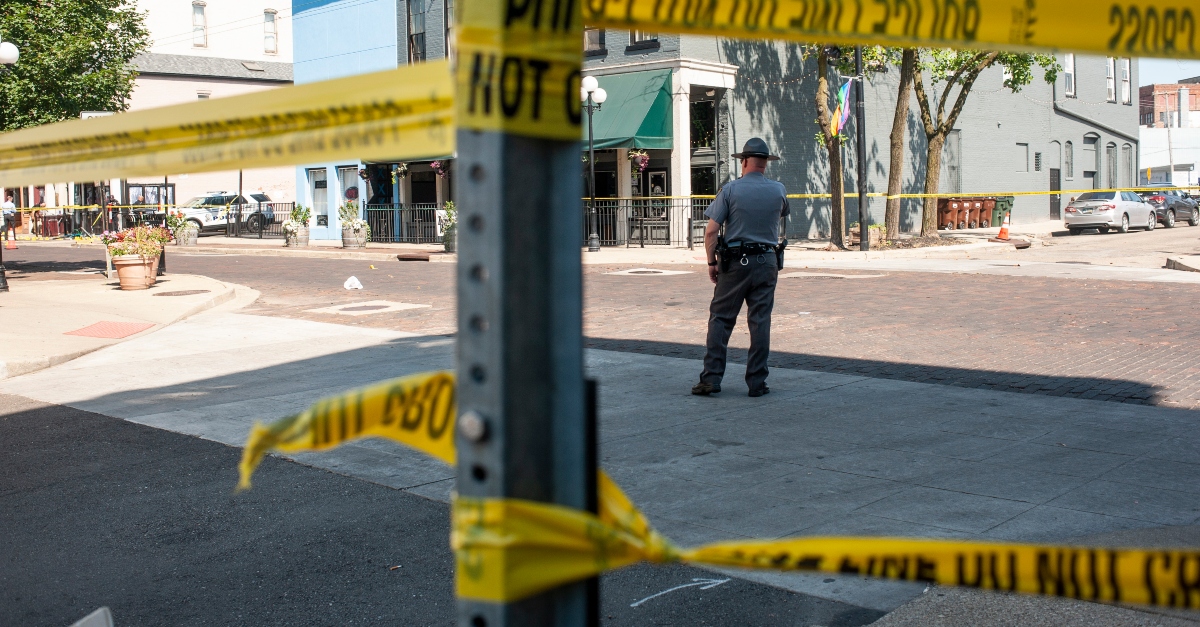 Police on Sunday released the names of the nine people who were killed at a mass shooting in Dayton, Ohio. This includes Jordan Cofer, the brother of the alleged gunman. (Police announced the victim’s name as Megan K. Betts. He was reportedly transgender.)

MORE: City of Dayton releases the official list of victims from the mass shooting overnight. https://t.co/z9pqoVkLg3

This happened less than 24 hours after a mass shooting in El Paso, Texas. A suspect allegedly opened fire at a Walmart, killing 20 and injuring 27.

Shooter who killed 9, including his own sister, and wounded dozens in Dayton confirmed as Connor Betts, 24, white male. Wearing body armor, he was killed by police less than a minute after he started shooting an AK-47-style .223 rifle.https://t.co/3AZtmOUG2g pic.twitter.com/oQCs9Yrr32

UPDATE: Two law enforcement officials say the sister of Connor Betts — the suspect in the Dayton shooting — has been found dead in a car along wthe body of her boyfriend. Both were shot. Authorities are now working to see how this fits in with the shooting at the bar. @NBCNews

Updated – August 9, 2019, 5:00 p.m.: Follow up reporting from Splinter and BuzzFeed shows that the sibling killed in the shooting was a transgender man. Our article has been updated to reflect this.

Buzzfeed has confirmed my reporting with 2 on the record statements from friends who knew about his trans identity.https://t.co/CyHh49JUB3