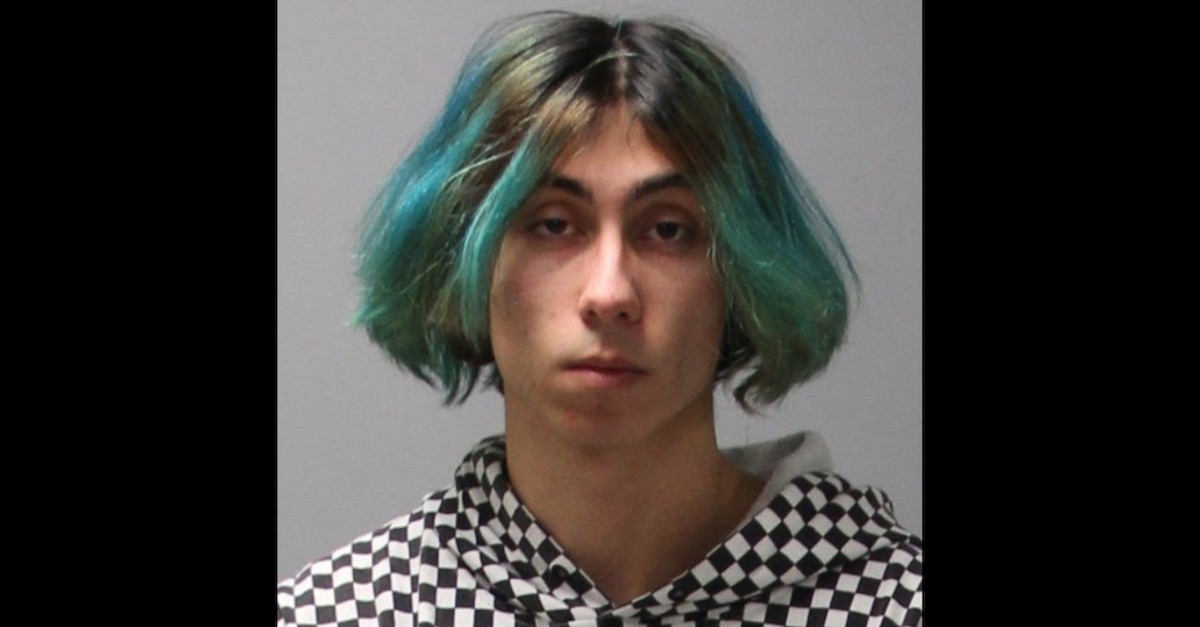 An 18-year-old man from Fort Worth, Texas is accused of traveling all the way to New Hampshire to meet a 17-year-old girl he would then kidnap.

Connecticut State Police said in a press release that Connecticut troopers, responding to an Amber Alert, assisted in the investigation and ultimately took Cameron J. Snody into custody on Friday morning after executing a controlled traffic stop.

It is alleged that Snody traveled to New Hampshire and, when there, stole a 2006 Saturn Ion. New Hampshire State Police said that Snody had been messaging the 17-year-old on a “popular messaging app” and flew to the state to meet her. The stolen vehicle belonged to the victim’s brother.

“SNODY is alleged to have stolen the victim’s brother’s vehicle and driven the victim and her 15 year old friend to New York City before contact was made with the younger female, who informed family members that they were traveling northbound,” New Hampshire authorities said.

Connecticut state police said that they became aware on Friday morning that Snody was on I-91 traveling north. Police spotted the Saturn Ion around 10:14 a.m., then were able to bring it to a stop by conducting a “traffic stop in a manner which prevented the accused from escaping.”

Snody was arrested and the girls were rescued. Authorities said the minors were taken to a hospital for “evaluation.” The arrest was made near Hartford.

The suspect currently faces charges in Connecticut for larceny (likely stemming from the alleged theft of the Saturn Ion) and fugitive from justice. Snody faces charges in New Hampshire as well for kidnapping and theft by unauthorized taking.

Authorities expect Snody will be extradited to New Hampshire to face kidnapping charges. At this time, the suspect is being held on $500,000 bond.