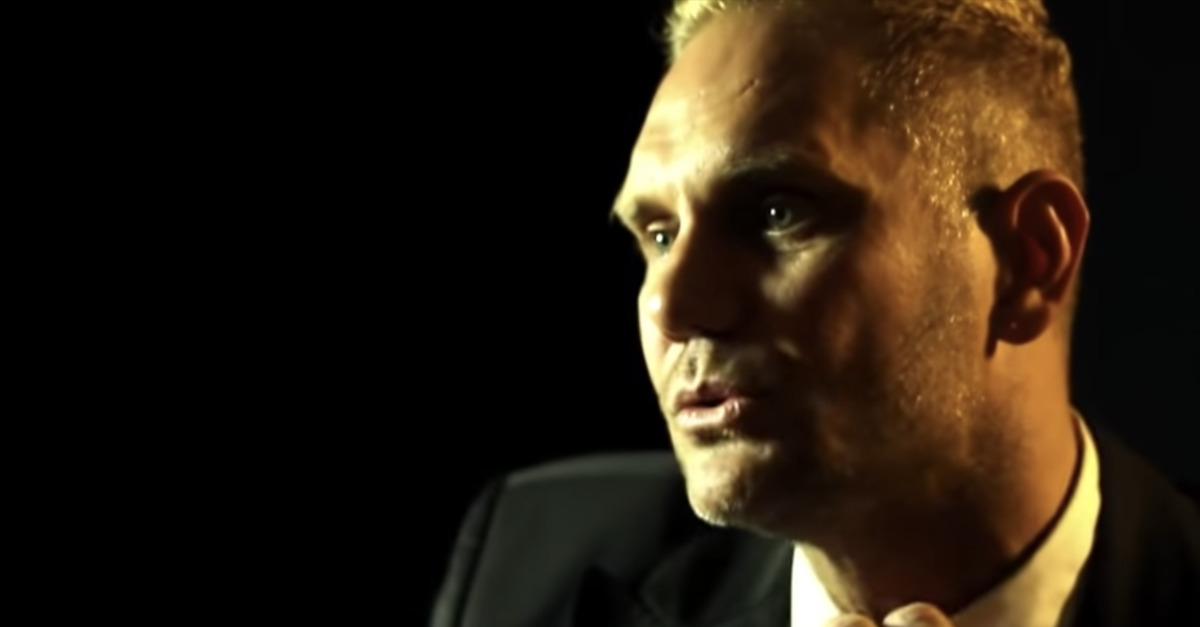 Ignacio Jordà González, better known as Nacho Vidal, was arrested last summer after a man died at his home after a drug consumption rite has been likened to the time-honored pastime of toad-licking. The toad in this case, however, was apparently not actually licked.

According to the Guardia Civil, the law enforcement agency overseeing the autonomous community of Catalonian and Spain itself, the man’s death occurred following a “mystical ritual involving the inhalation of venomous vapors from the Bufo alvarius toad.”

The man who died during the ceremony, according to the Spanish court system, is “a well-known photographer.”

A rough translation of a Valencia court statement notes:

The investigation into the case shows that the victim died of an adverse reaction to drugs of abuse after participating in a “spiritual or mystical practice, rite or experience” consisting of inhaling the smoke from the combustion of the scales of the commonly known as “bufo toad poison”.

According to the order, the defendant “acted as director” of that practice or rite “given the experience he had in this type of act” and was the one who allegedly provided the substance that the deceased inhaled without controlling the amount supplied.

The instructor also recalls that this experience was carried out “without any kind of precaution in case the practice got complicated.” Thus, there is no evidence that the house “had first aid material or any defibrillator”, or that the investigated “knew how to correctly perform a respiratory recovery maneuver.”

“Faced with an alleged ritual that was irrational, reckless and dangerous, Ignacio JG acted without any rigor or anticipated the risks that finally occurred,” he adds.

The court noted that prosecutors had determined Vidal could be charged the “crime of reckless homicide” but agreed to dismiss similar charges against one of the actor’s cousins and one of his friends because “despite being present neither of them had ‘control of the situation’ or carried out ‘management activities of the same.'”

Vidal can appeal the resolution and appears likely to do so. His attorney previously told CNN that the death was a “tragic accident,” denied his client’s culpability and disputed the claim that Vidal regularly engaged in dangerous DMT rituals.

The prosecutor’s office was given a 10-day timeline starting March 17 to either commence a prosecution or dismiss the charges.

Legal use of the toad in the United States is an open question due to the typical protection afforded psychedelic religious rites performed by certain Native American tribes. The U.S. government, however, has declined to formally recognize the validity of Albert Most’s Church of the Toad of Light. And it is currently unclear whether any pre-Hispanic cultures used this particular toad’s excretions as a form of medicine or religious sacrament/implement. Many states do have stringent rules about capture and potential use of the toad—largely due to its endangered status.

Alan K. Davis, an assistant professor at the Psychedelic Research Unit at Johns Hopkins University once described the effects of inhaling 5-MeO-DMT (not to be confused with its safer cousin DMT) sourced from Colorado River toads: “It’s such an intense experience that, in most cases, doing it at a party isn’t safe. It’s not a recreational drug. If people get dosed too high, they can ‘white out’ and disassociate from their mind and body.”