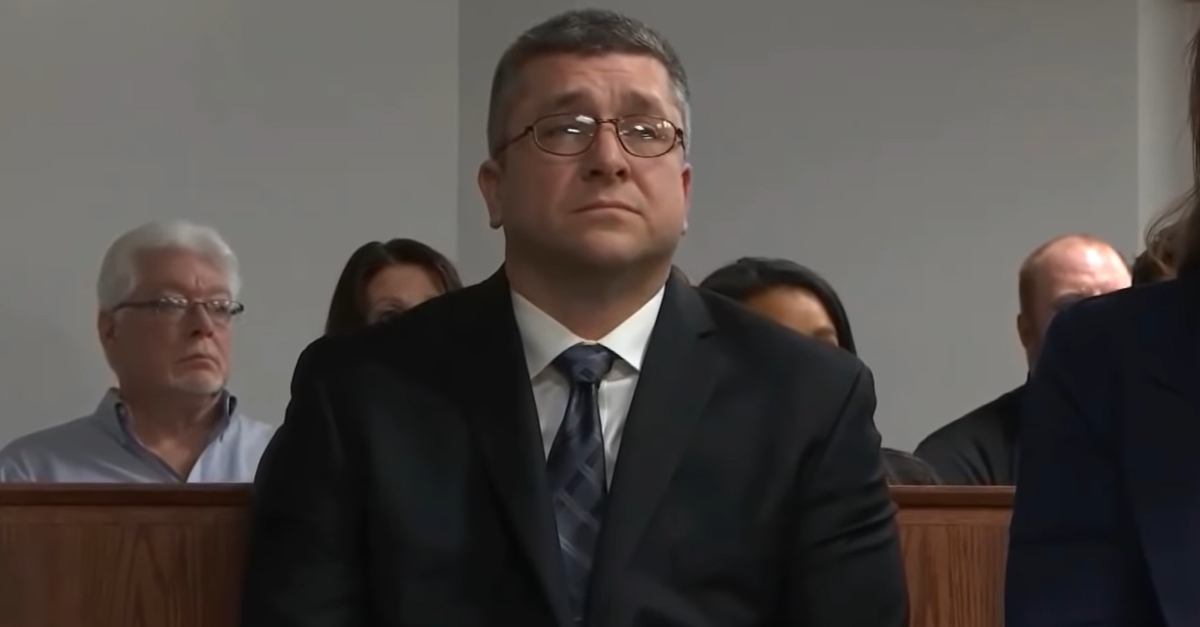 The Iowa Supreme Court on Friday dismissed an attempt by former criminal defendant Jason Carter to avoid paying a $10 million judgment over his mother’s death. A criminal jury acquitted Carter of killing his mother, Shirley Dene Carter, but a previous civil jury found him liable for her death.

“We conclude that the district court did not abuse its discretion in denying Jason’s motion for continuance, judgment notwithstanding the verdict, first petition to vacate the judgment, and motion for recusal,” Chief Justice Susan Christensen wrote. “Jason’s motion to quash the subpoena to DCI [Iowa Department of Criminal Investigations] was properly denied, and the district court judge lacked jurisdiction to hear his second petition to vacate the judgment because it was untimely.”

Shirley Dene Carter was shot and killed at her home on June 19, 2015. The civil case arrived first. Her husband, Bill G. Carter, argued that the couple’s son did it.

A probable cause affidavit in the subsequent criminal case was dated Dec. 16, 2017, the day after the $10 million verdict for the lawsuit. Thus, in a relatively rare legal move, a civil case preceded a criminal case surrounding the same death.

At trial, prosecutors said the defendant attempted to stage his mother’s death as a bungled yet fatal burglary. Authorities cited inconsistent statements, latent prints on evidence, and Carter’s knowledge of details that someone present at the crime could have known. The defense argued that Carter, who was traveling the morning of the murder and ended up discovering the body, could not have carried out the fatal shooting under the timeline of demonstrable events. They asserted there was too great a distance between Carter’s workplace and his parents’ home for the timeline to fit. Jurors sided with the defense.

It’s quite a 180 between the civil and criminal trials, but note that civil plaintiffs face a lower burden of proof than prosecutors do. This is called the preponderance of the evidence. It’s basically a more than 50/50 chance that a claim is true. The ubiquitous “reasonable doubt” standard in criminal cases is much more rigorous.

A unanimous panel of participating justices on Friday found there was enough evidence under this lower standard to show that Jason Carter intentionally shot his mother. The plaintiffs, Bill Carter, and his son, Billy Carter, asserted the defendant had a financial motive to pull the trigger. Jason Carter had big debts, lost money on his farm, and had comparatively minuscule assets in his bank account. He testified to knowing he would inherit his parents’ land.

The defendant asserted that the civil trial court should have granted his motion to postpone the case until law enforcement decided to prosecute him for his mother’s death. The Iowa Supreme Court said that was ultimately too big an ask, with ramifications for other cases.

“It was speculative whether criminal charges would ever be filed against Jason. Although there may have been an ongoing investigation by law enforcement, Jason had no criminal charges pending against him for his mother’s death at the time the civil suit was filed,” Justice Christensen wrote. “If we were to overturn the district court’s decision to deny the motion as an abuse of discretion, it may be necessary to continue every civil case where there is a possibility criminal charges may be filed from related facts.”

Postponement would have hurt the plaintiffs because witnesses might become unavailable, memories inevitably fade, and evidence might become lost.

The justices also did not buy the Carter’s assertion that he was unaware of any alternate suspects in the case. It had been suggested that Shirley might have been killed by burglars looking for drugs.

“Apart from the fact that Jason never filed anything on the alleged discovery violations, it is clear Jason was aware of other suspects before the civil trial from an audio recording of an interview between Jason’s counsel and a detective on Shirley’s case,” the opinion continued. “The detective discussed the two names repeatedly brought up as Shirley’s killers in Jason’s newly discovered evidence and the name of another person supposedly with information. The detective further told Jason’s counsel that his investigation on other suspects is always a story of someone involved in drugs burglarizing Shirley’s house. Thus Jason’s claims that he had no information about other suspects, was prejudiced by the plaintiffs’ nondisclosure, and would have completely changed his trial strategy but for their nondisclosure cannot be given much weight.”

The state supreme court also dismissed the claim that the civil trial judge should have handed the case to someone else over alleged prejudice against the defendant.

“Jason has not offered any evidence that the judge’s alleged bias stems from an extrajudicial source,” the opinion stated. “Additionally, Jason does not claim any biased conduct of the judge during the course of the trial, the hearing on his first petition to vacate the judgment, or in the rulings on Jason’s posttrial motions.”

The justices also saw nothing untoward in the plaintiff subpoena toward the DCI or a meeting between plaintiffs and the authorities.

“The fact that a meeting between the plaintiffs and DCI occurred prior to the plaintiffs’ service of the subpoena does not by itself indicate prejudice and unfairness to Jason,” the opinion stated. “Rather, it shows the plaintiffs were following our rules of civil procedure that requires the parties to ‘take reasonable steps to avoid imposing undue burden or expense on a person subject to the subpoena.'”