Maskless Florida Man Screamed That He Was the Victim When Costco Customers Called Him Out. He’s Been Fired.

Florida man at Fort Myers Costco in "Running the World Since 1776" shirt flips out on elderly woman who asked him to wear a mask and man who defended her #BecauseFlorida (via @profjaffar) pic.twitter.com/PDOvi33qHK

Yet another video of a store encounter featuring a maskless individual amid the novel coronavirus pandemic has gone viral. The latest one, apparently filmed more than one week ago at a Costco in Fort Myers, Florida, showed a man in a red “Running the World Since 1776” t-shirt screaming that he “felt threatened” as he approached the purported source of the threat.

The video was shared by film director Billy Corben and viewed more than five million times by people online.

“Florida man at Fort Myers Costco in ‘Running the World Since 1776’ shirt flips out on elderly woman who asked him to wear a mask and man who defended her #BecauseFlorida,” Corben wrote of the incident. “This occurred at the Gulf Coast Town Center location on 6/27 and one of the customers targeted said: ‘To give Costco the credit, they escorted him out and made me wait inside and monitored him until he left and then they send someone with me to the care to make sure I’m okay.'”

The video began with a person off-camera saying, “We’re six feet away from you.”

“You’re harassing me and my family [inaudible],” the man in the red shirt responded.

“I feel threatened,” he yelled. “Back off! Threaten me again. Back the fuck up [and] put your fucking phone down!” At this point in the video, if you listen closely you can hear a woman speaking in the background. She seems to call him Dan. Twitter sleuths promptly identified him as Daniel Maples, a Florida man and an insurance agent at Ted Todd Insurance.

The company confirmed on Tuesday afternoon that it fired the person who appeared in the Costco video.

Threatening behavior and intimidation go against our core mission to be trusted advisors in our community. We are also committed to immediately reviewing our internal existing culture at TTI. We ask that further feedback be sent to [email protected]
Charley Todd
CEO

“Thank you to everyone for their comments and messages raising awareness about a former employee at Ted Todd Insurance. Their behavior in the video is in direct conflict with our company values and their employment has been terminated,” the company said.

Charley Todd, the CEO of Ted Todd Insurance, said the former employee “absolutely does not represent our values and no longer works at our agency.”

Thank you to everyone for their comments and messages raising awareness about a former employee at Ted Todd Insurance. He absolutely does not represent our values and no longer works at our agency. We are working with Allstate to release a statement shortly. Wear a mask. Be love

An employee profile for Maples on the TTI website now appears this way:

How the page used to look: 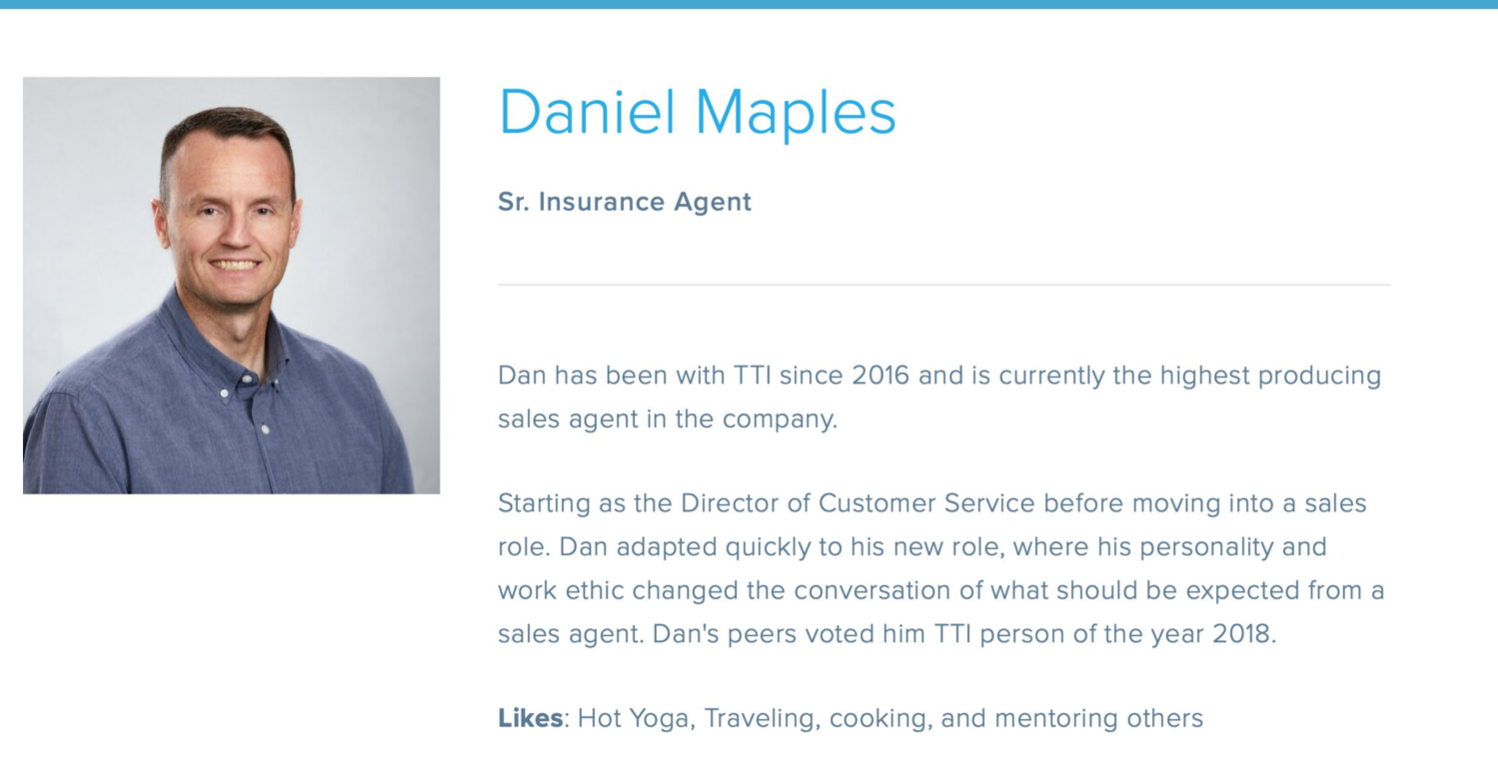 Days after the incident, Maples said the video didn’t tell the whole story.

“All I’m really asking for is a second chance at a first impression for people to know the real me and not take 15 seconds of my life and turn me into a demon,” he told the News-Press, adding, “I prefer not wear the mask. It’s something that causes me a lot of distress.”

Maples said wearing a mask makes him feel like he’s “suffocating” after a while. “I get claustrophobic and that’s an issue for me,” he said. He also claimed several shoppers called him out for not wearing a mask. Maples said that a “mob was gathering around me and I felt threatened.”

As we alluded to in the opening, there has not exactly been a shortage of confrontations like these between the masked and maskless in recent days and months. For prime examples of these store encounters, look no further than a Trader Joe’s in California or a supermarket on Staten Island.