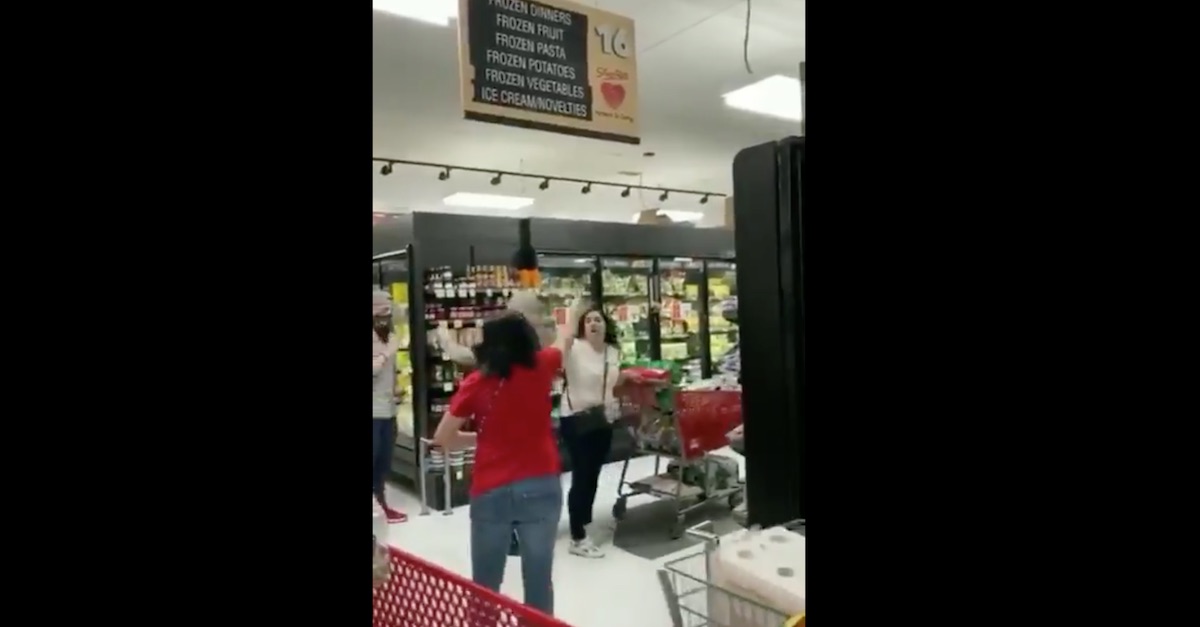 We’ve reached the stage of the coronavirus pandemic where those who venture to enclosed public spaces without masks are shouted down by a crowd and told to “get the fuck out.”

Masked up Staten Island shoppers went ballistic when they spotted another shopper without a mask. The whole thing was caught on video and, as a result, Staten Island is currently trending on Twitter.

See the bizarre F-bomb-filled encounter/sign of the times for yourself:

This seems to have happened at a ShopRite.

The video was apparently discovered on Reddit and then shared on Twitter on Sunday. It promptly went viral, hence why Staten Island is trending. The response? Some of it was mix of “that’s Staten Island for you” and “Don’t hate on Staten Island.” Others called this “virtue-signaling” and “mob” behavior. Still others noted that Staten Island is “Trump country.”

Wow. In Staten Island, New York someone came to a grocery store without a mask. And other patrons drove them out. pic.twitter.com/WyitJVU9cx

Virtue-signaling Brigade wins a key victory in the historic Battle of Staten Island as the Red State/Blue State Civil War begins to heat up… https://t.co/7DRBh09oZr

Staten Island is NYC's most conservative borough. 56.05% voted for Trump in 2016. Population of 476,143 people and almost 800 confirmed COVID dead to this point. Extrapolated over the US population that's about 550,000 dead. So nah, they ain't havin it. https://t.co/LE8ugkrHJj

Video footage out of Staten Island shows a woman being driven out of a grocery store by an angry mob because she’s not wearing a mask.https://t.co/OozsTPuIvO

CONTEXT ALERT: Staten Island is the only one of New York City’s boroughs which @realDonaldTrump carried in 2016.

And these people are clearly not in agreement with mask avoidance. https://t.co/dpt5xdY884

My first job in news was in Staten Island. Don't F with Staten Islanders – no matter what side you're on, left or right, mask or no-mask.. In fact, unless you've visited Staten Island for 8 hours or more, you shouldn't be allowed to comment on this. It's a unique place. #therock https://t.co/c7qWTC0c1A

Folks, chil out, it’s Staten Island, I grew up there.

This is their version of kindly asking someone to leave.