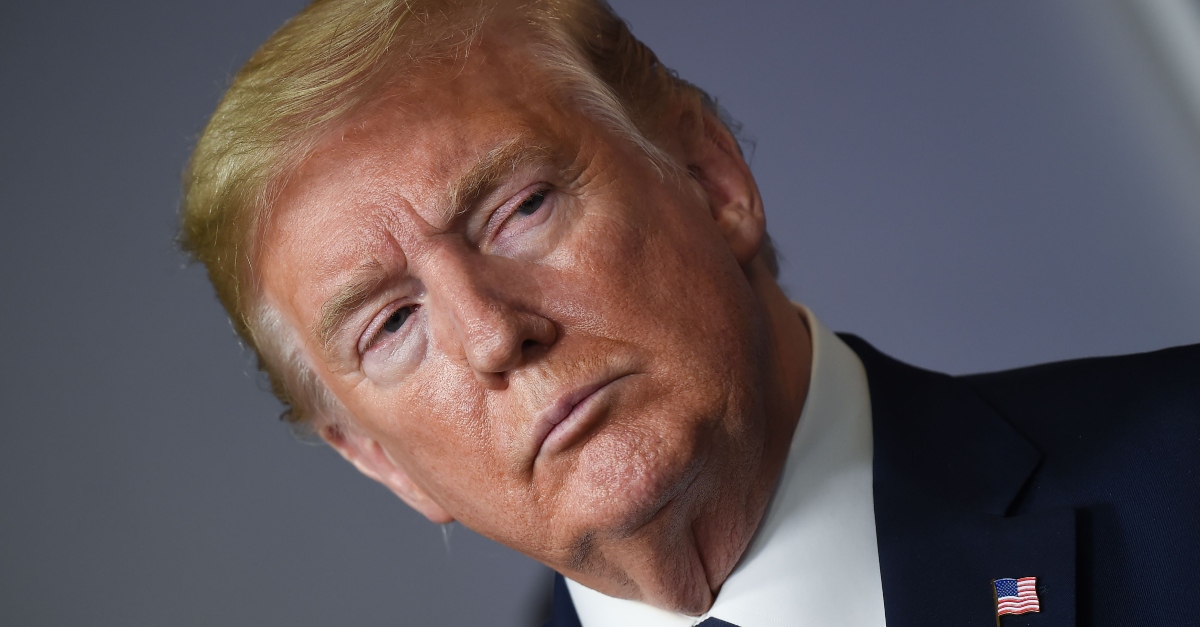 Mary Trump’s upcoming tell-all book about the Trump family was obtained on Tuesday by several news organizations, revealing a panoply of unsavory allegations about the president and the childhood that shaped his worldview. The leaked copies of Too Much and Never Enough: How My Family Created the World’s Most Dangerous Man—which the New York Times described as “by turns a family history and a psychological analysis of her uncle”—very likely marks the effective end of the Trump family litigation aimed at stopping publication of the book.

Renowned First Amendment attorney Floyd Abrams told Law&Crime said the leaking of Mary Trump’s book does not augur well at all for the Trump family’s lawsuit, comparing their request for an injunction to the DOJ’s recently doomed attempt to halt publication of former National Security Advisor John Bolton’s memoir. (Floyd Abrams is the father of Law&Crime founder Dan Abrams.)

“As was evident from the Bolton ruling, courts are loath to issue unenforceable orders. That is especially true with respect to prior restraints on speech,” Abrams told Law&Crime. “So the more the Trump book is already out—the more the press already has it, the more the publisher has already shipped it—the less likelihood there is that a judge will issue an injunction. In this case, the chances an injunction against publication would now be issued and sustained seem to me all but non-existent.”

In denying the DOJ’s request for an injunction against Bolton’s book in June, U.S. District Judge Royce Lamberth specifically noted that the book had already shipped to reporters and book distributors, making any attempt to conceal the information virtually impossible.

“For reasons that hardly need to be stated, the Court will not order a nationwide seizure and destruction of a political memoir,” Lamberth wrote.

Abrams’s take on any continued efforts to stop the book’s release was echoed by Rick Hasen, the Chancellor’s Professor of Law and Political Science at the University of California, Irvine School of Law.

“Like the John Bolton book, the early leaking of the book essentially moots further attempts at prior restraint to stop publication. Key ruling was NY appellate review freeing publisher (but not Mary Trump) from restraint,” Hasen wrote, highlighting the latest and most crucial Trump family loss in court.

Like the John Bolton book, the early leaking of the book essentially moots further attempts at prior restraint to stop publication. Key ruling was NY appellate review freeing publisher (but not Mary Trump) from restraint. https://t.co/ctiU9ThEpH

A New York appellate court last week ruled that Mary Trump’s publisher, Simon & Schuster, could move forward with publication of the book, reasoning that the company was not party to the 2001 confidentiality agreement that lies at the heart of the Trump family’s lawsuit. However, the court did not address whether the president’s niece could still be penalized for breaching the agreement. Put another way: Maybe there will be some financial recourse for the Trump family, but the book and details therein are already out there.

Mary Trump’s book is now scheduled to be released to the public on July 14. The release date was moved up due to “high demand and extraordinary interest,” the publisher said Monday.