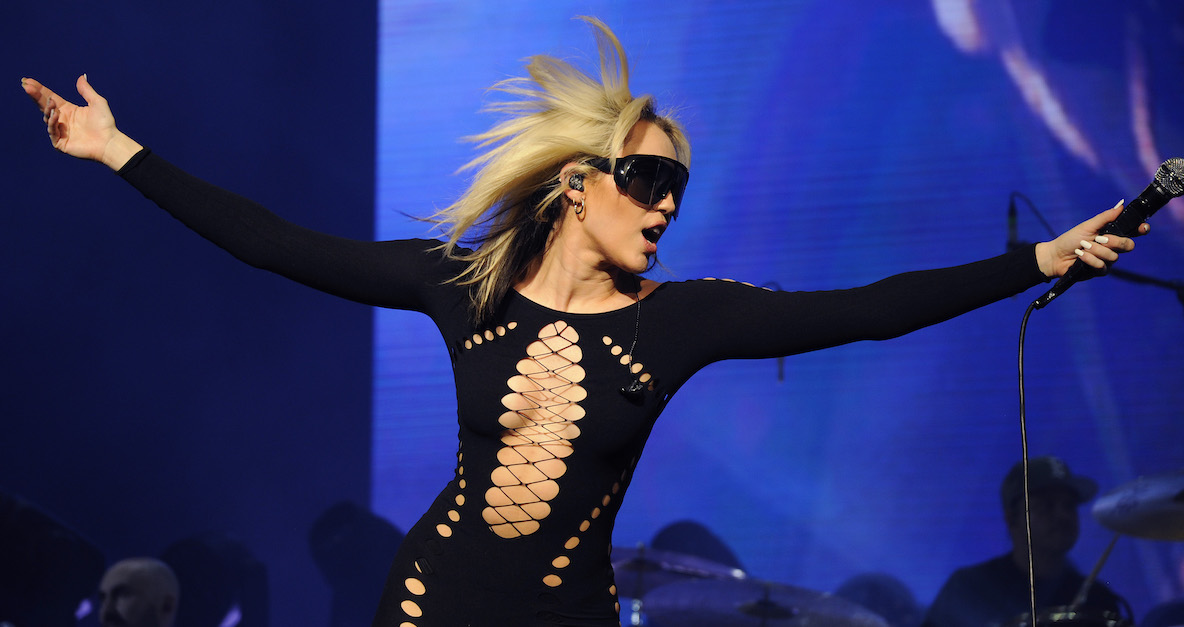 American singer Miley Cyrus performs on stage during a show at Movistar Arena on March 21, 2022 in Bogota, Colombia. (Photo by Guillermo Legaria/Getty Images)

A New York photographer has sued pop star Miley Cyrus for posting a photo he took of her on social media, saying she did so without his permission and in violation of his copyright holding.

The complaint filed Friday in Los Angeles federal court is among approximately 20 copyright lawsuits that Robert Barbera has filed against celebrities and businesses since 2019, including Justin Bieber, Ariana Grande and Tessa Hilton.

It accuses Cyrus of infringing Barbera’s copyright for a photo he took of her waving as she exits a building on Feb. 13, 2020, which she posted to her Instagram page that day. Barbera registered the photo with the U.S. Copyright Office on April 11 but didn’t notice Cyrus had posted it until a month later. Barbera said the photo “increased traffic” to Cyrus’ account and thus caused her “an increase in the revenues generated” through the sale of her music or associated business partnership. Cyrus “has an immense presence on the social media platform with over 169 million followers who interact with the Account.”

“The expansive scope of the dissemination of Plaintiff’s Photograph via the Account only credits the notion that Defendant’s impermissible use has crippled if not destroyed the potentiality of any market for the Photograph by Plaintiff,” according to the nine-page complaint filed in the Central District of California by Craig B. Sanders, a lawyer in Uniondale, New York. 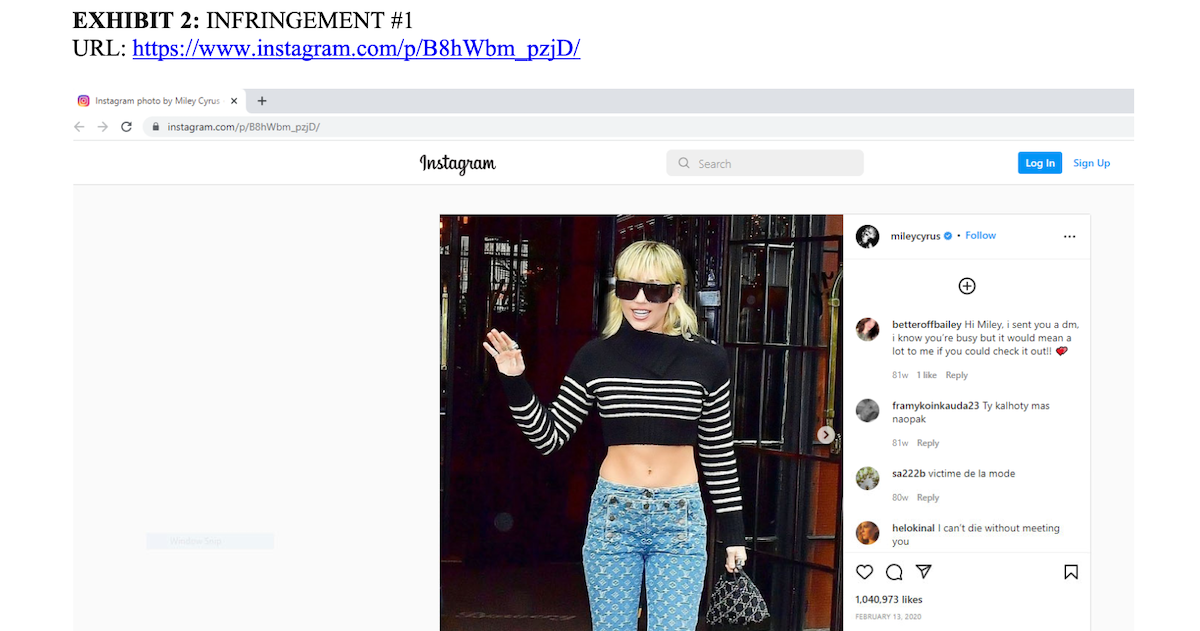 Sanders has another open case on Barbera’s behalf in the Southern District of New York against the fashion design company Hesperios Inc. for posting on its Instagram a copyrighted photo Barbera took of Bella Hadid wearing clothes from Hesperios. He recently settled a lawsuit there against One37PM, LLC, over the website’s use of a photograph he took of Jonah Hill, as well as a lawsuit in Los Angeles against Dua Lipa for posting a photo of herself that Barbera has copyrighted.

The settlement notices don’t state the amount of money involved. Most cases have been settled within a couple months of being filed after no litigation. But some celebrities have pushed back in other cases, including Lisa Rinna, whose lawyer in October 2021 responded to a lawsuit from BackGrid USA by accusing the company of having “weaponized” the copyright law to boost its income during the pandemic.

“If Defendant’s contention that the ability of photographers to hound celebrities in public (or at times in private locations), in order to profit off of their likenesses, and then turn around and sue those same celebrities for posting their own images on social media, is anathema to what the Copyright Act is intended to protect,” Berke wrote. He called for the amount of available statutory damages to be “drastically lower,” but the case ended up settling for an undisclosed amount in June.

Sanders represents other photographers, too, including Josiah Kamau, who on Sept. 1 settled a copyright lawsuit brought in the Central District against Bieber over his use of a photo Kamau took of Bieber and his wife, Hailey Rhode Bieber. Along with Barbera’s lawsuit against Cyrus, Sanders also on Friday filed suit against Music Connection Inc. for its use of a photograph of Eddie Van Halen that’s copyrighted to photographer David Plastik.