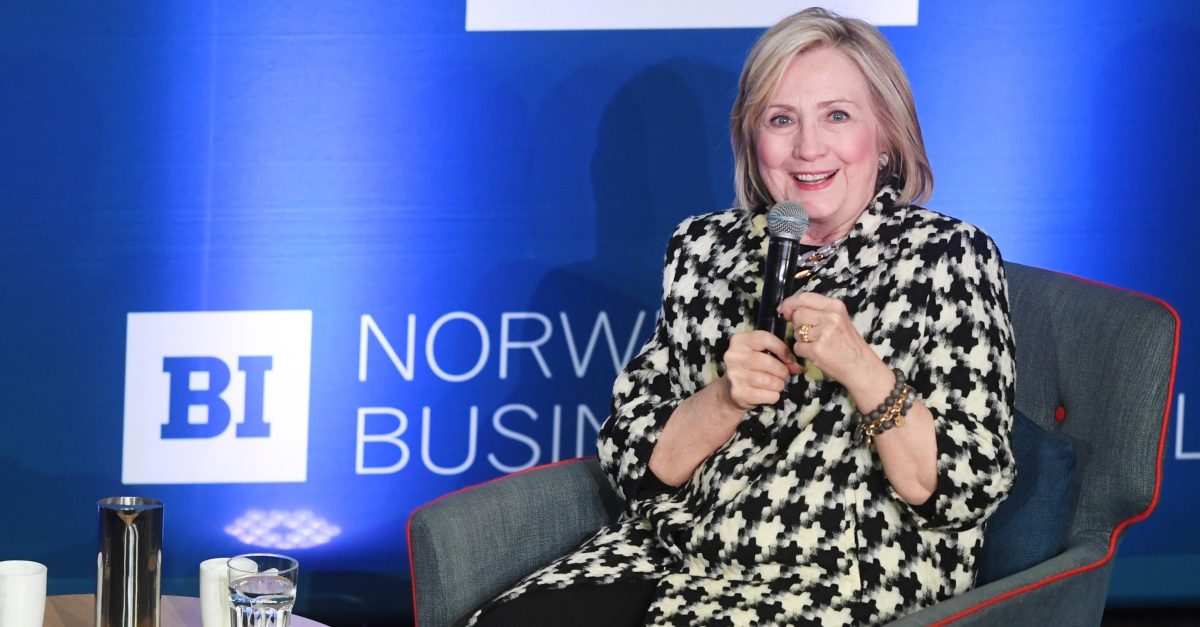 The full panel of judges on the U.S. Court of Appeals for the District of Columbia on Wednesday rejected a request to revisit whether Hillary Clinton is required to answer questions about her use of a private server during her tenure as secretary of state.

None of the ten circuit judges participating in the matter requested a vote on the petition filed by the conservative activist group Judicial Watch, including Donald Trump-appointed Judges Gregory Katsas, Justin Walker, and Neomi Rao. Judge David Tatel, an appointee of President Bill Clinton, didn’t participate in the matter.

A district court judge in March initially took unusual step of ordering discovery in a lawsuit stemming from a Freedom of Information Act (FOIA) request filed by Judicial Watch in relation to Clinton’s emails.

U.S. District Judge Royce Lamberth, an appointee of Ronald Reagan, said the case presented a rare set of circumstances that required further discovery, ordering Clinton to sit for a deposition.

The district court did deny Judicial Watch’s request to depose Clinton over other matters–specifically those relating to the Benghazi attacks.

But a three-judge panel on the D.C. Circuit Court of Appeals in August unanimously overturned Lamberth’s ruling, granting a writ of mandamus to prevent the ordered deposition.

Writing for the court, U.S. Circuit Judge Robert L. Wilkins, a Barack Obama appointee, said the facts of the case “underscore both the impropriety of the District Court’s Order and the appropriateness of turning the page on the issue.” Wilkins said that Judicial Watch was likely to use the opportunity question Clinton about matters unrelated to her emails.

“Especially in light of Judicial Watch’s present access to extensive information responsive to its proposed deposition topics, the deposition of Secretary Clinton, if allowed to proceed, at best seems likely to stray into topics utterly unconnected with the instant FOIA suit, and at worst could be used as a vehicle for harassment or embarrassment,” the judge wrote. “We refrain from opining further on these topics except to observe that neither path can be squared with the dictates of either FOIA or Rule 26.”