Hillary Clinton Doesn’t Have to Sit for a Deposition About Her Emails After All, Federal Appeals Court Decides 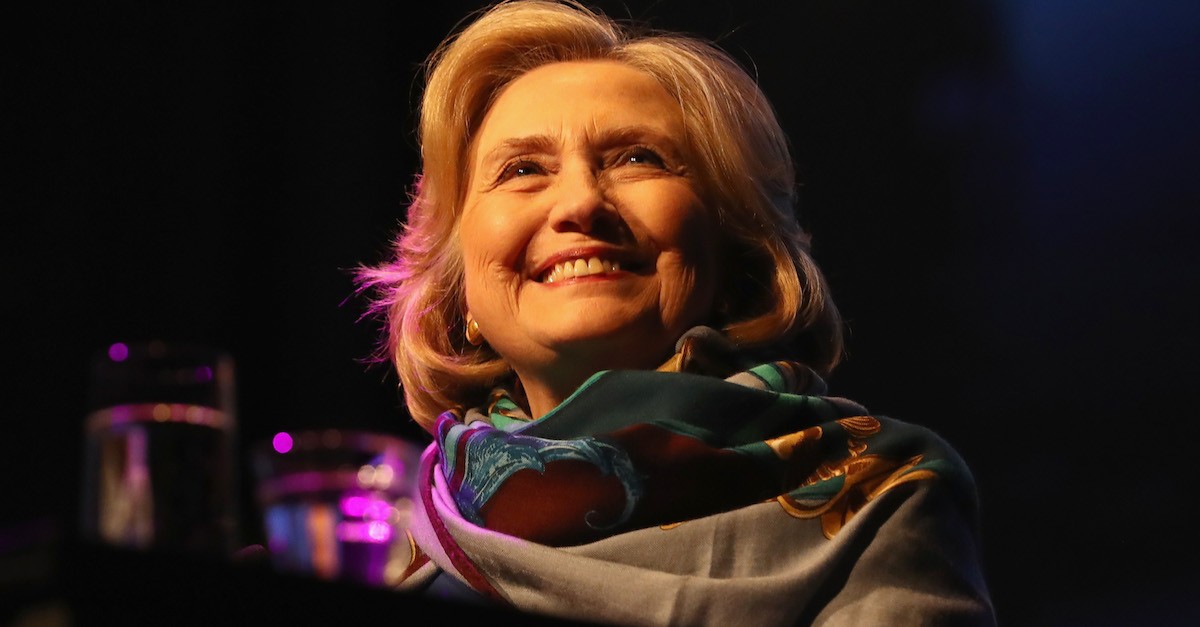 The U.S. Court of Appeals for the District of Columbia Circuit on Friday overturned an order which said that Hillary Clinton had to sit for a deposition and answer questions about her emails. The panel decision was 3-0.

Wilkins penned the opinion of the court.

“Petitioners are former Secretary of State Hillary Rodham Clinton (a third-party intervenor in the case), and Secretary Clinton’s former Chief of Staff, Cheryl Mills (a nonparty respondent in the case). On March 2, 2020, the District Court granted Judicial Watch’s request to depose each Petitioner on a limited set of topics. On March 13, 2020, Secretary Clinton and Ms. Mills petitioned this Court for a writ of mandamus to prevent the ordered depositions,” Wilkins wrote. “For the reasons detailed herein, we grant the petition in part and deny it in part – finding that although Secretary Clinton meets all three requirements for mandamus, Ms. Mills does not – and remand the case for proceedings consistent with this opinion.”

Notably, a three-judge panel on the D.C. Circuit recently granted a writ of mandamus in the Michael Flynn case. Wilkins was the lone dissent on the panel. Just three days ago, the full D.C. Circuit reheard the case.

Wilkins said the facts “underscore both the impropriety of the District Court’s Order and the appropriateness of turning the page on the issue.” In a footnote, Wilkins worried that Judicial Watch, a conservative activist group, would use a deposition to stray into territory unrelated to Clinton’s emails.

“Especially in light of Judicial Watch’s present access to extensive information responsive to its proposed deposition topics, the deposition of Secretary Clinton, if allowed to proceed, at best seems likely to stray into topics utterly unconnected with the instant FOIA suit, and at worst could be used as a vehicle for harassment or embarrassment,” the judge wrote. “We refrain from opining further on these topics except to observe that neither path can be squared with the dictates of either FOIA or Rule 26.”

“For the reasons set forth above, we grant the petition for mandamus as to Secretary Clinton, deny it as to Ms. Mills and dismiss Ms. Mills’ petition for lack of jurisdiction, and remand the case for proceedings consistent with this opinion,” the D.C. Circuit concluded.

In March, Ronald Reagan-appointed U.S. District Judge Royce Lamberth denied that Clinton had no choice but to sit for a deposition, wherein she would be questioned on matters relating to her use of a private server during her time at the State Department.

Lamberth’s ruling was issued in relation to a Freedom of Information Act (FOIA) request from Judicial Watch. The Court had previously ordered discovery into three main areas: whether Clinton’s use of a private email server was an intentional attempt to evade FOIA; whether the State Department had previously attempted to settle the case in “bad faith”; whether the State Department had “adequately searched” for records pertinent to Judicial Watch’s request. The district court did deny Judicial Watch’s request, however, to depose Clinton over Benghazi.

Judicial Watch argued that a deposition was needed so “significant questions pertaining to [Clinton’s] state of mind” could be answered.