The pair have not been identified, but it is worth mentioning that election officials were counting votes in the Convention Center, where Democratic presidential candidate Joe Biden, was expected to take the lead because mail-in ballots tended to favor him in general. As of Friday morning, Biden did take the lead in Pennsylvania.

A local outlet, NBC Philadelphia, took close ups photographs of the vehicle, which featured a few QAnon stickers and at least one QAnon hat. QAnon is a baseless conspiracy theory that asserts members of the government, especially Democrats, are Satanist pedophiles. The arrests occurred just hours after President Donald Trump repeatedly and falsely asserted that uncounted mail-in ballots were somehow illegal. QAnon supporters believe that Trump was elected to fight a “deep state” pedophile cabal. 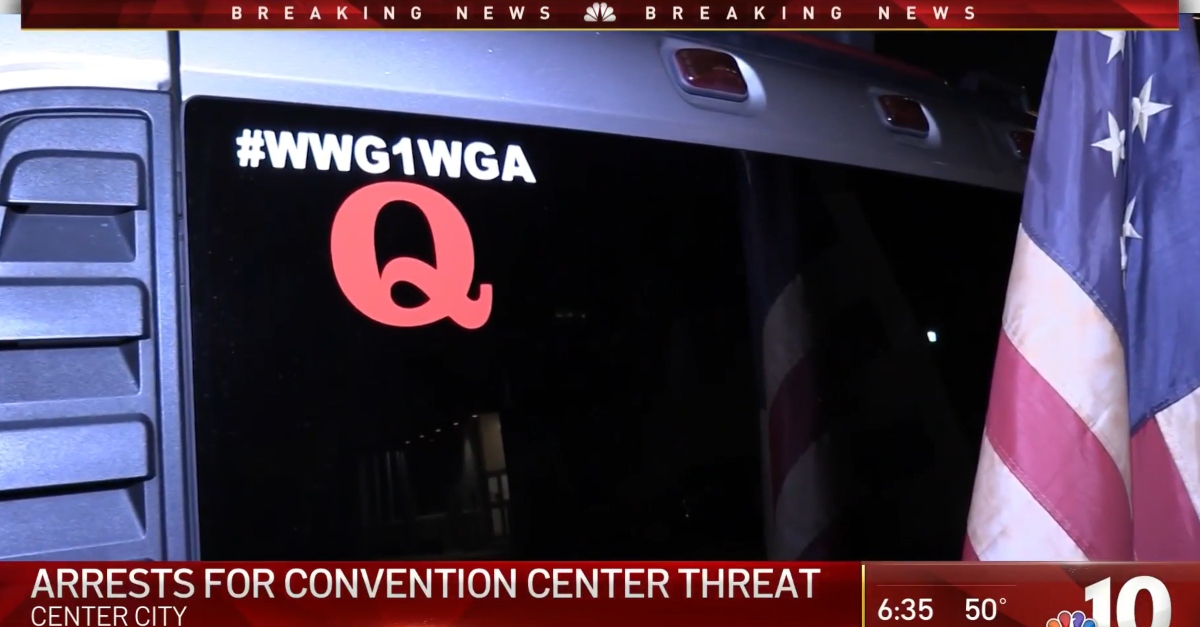 As for the police point of view, they say the suspect vehicle was described in their tip as a silver Hummer. At 10:20 p.m. on Thursday, cops saw the truck parked unattended at 230 N. 13th St. (which Google Maps indicates is an estimated five to six minute walk to the convention center). Officers called it in, and at 10:27 p.m., bicycle patrol officers saw two men armed with firearms, according to this story. 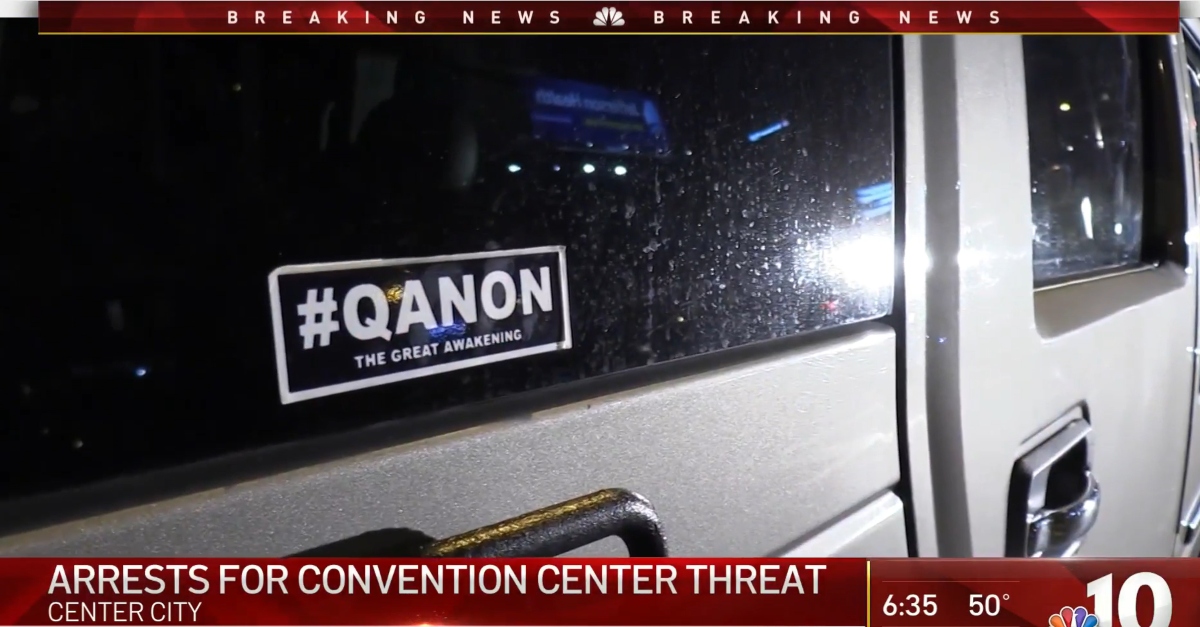 Side of suspect vehicle.

“A pedestrian investigation of the males revealed that neither male had a valid PA permit to carry, and the males were placed under arrest,” they said. “The males acknowledged that the silver Hummer was their vehicle, and an additional firearm was recovered from the inside the Hummer.” 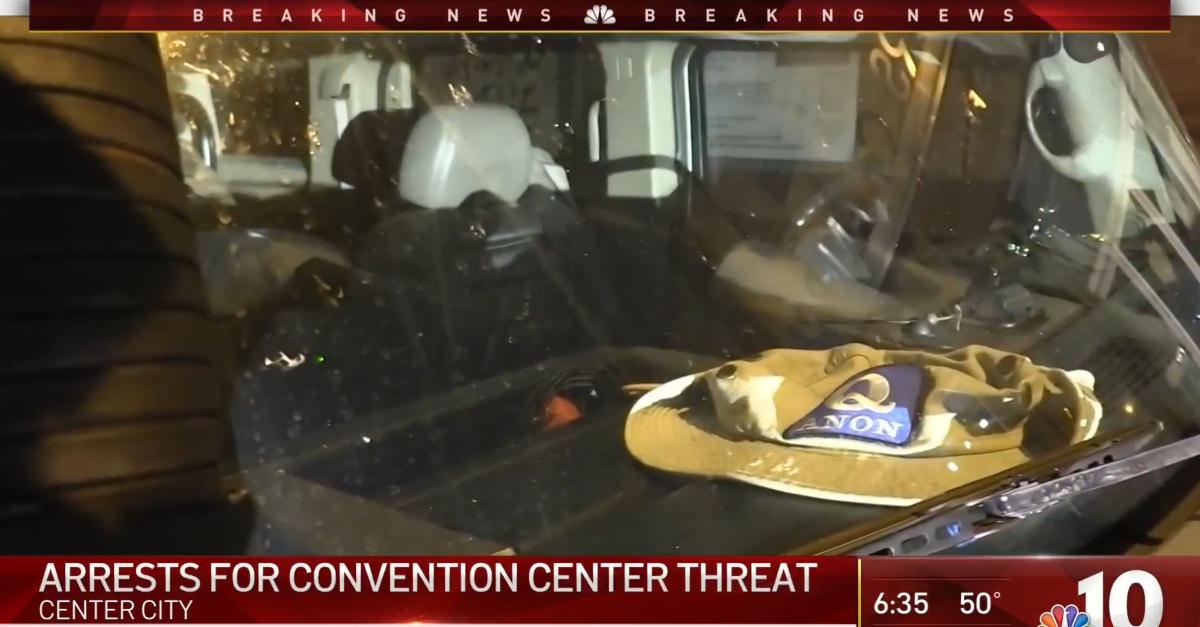 Close ups of the silver Hummer show a QAnon sticker on the rear window, another on the side of the vehicle, and a QAnon cap on the dashboard.