Michael Flynn’s Lawyer Is Also Working for the Trump Campaign. Wait Until You See What He’s Up to… 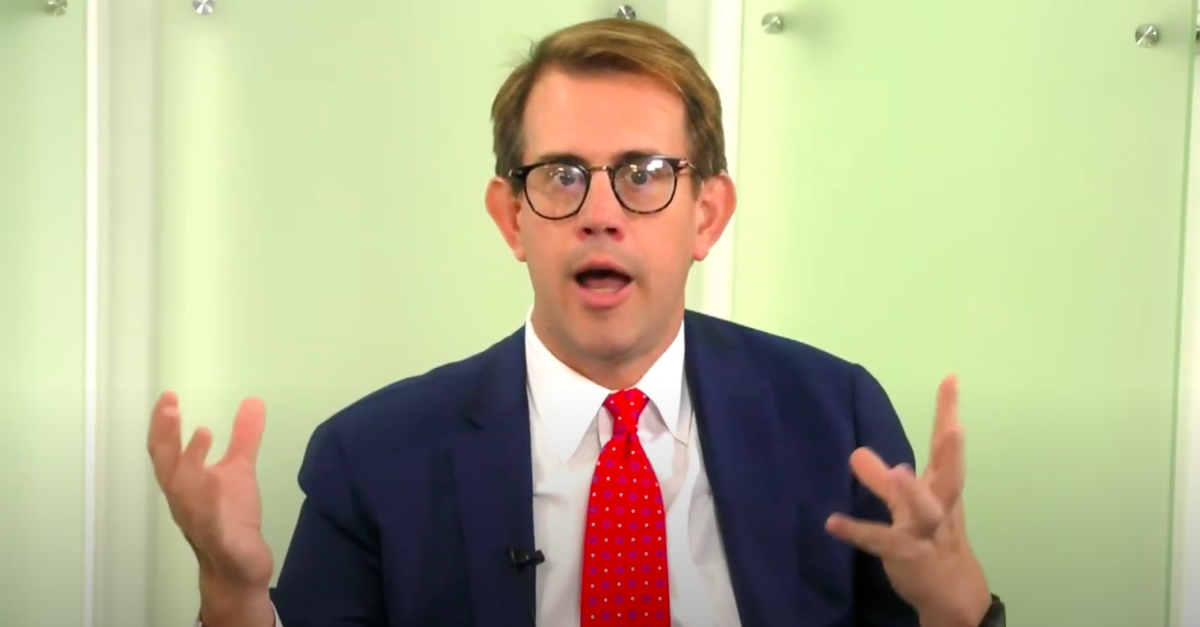 One of the attorneys on Michael Flynn’s criminal defense team has also been assisting the Trump campaign in its efforts to stop the counting of mail-in ballots in Nevada, seemingly asking U.S. Attorney General Bill Barr to intercede on the president’s behalf.

In a Thursday letter to Barr, Trump campaign attorneys Jesse Binnall and Shana D. Weir claimed that their law firm had uncovered rampant criminal voter fraud in Nevada and wanted to inform the Department of Justice of their findings.

“Specifically, we have initially identified 3,062 individuals who appear to have improperly cast mail ballots in the election. We verified this by cross-referencing the names and addresses of voters with the National Change of Address database,” Binnall, a Flynn lawyer, and Weir wrote. “Of course, voter fraud is a serious federal felony, one that cuts to the heart of our representative democracy. We understand that these are serious allegations and we do not make them lightly. Please let us know if you have any questions or concerns.”

While the letter did not explicitly request the involvement of the Justice Department, the Nevada Republican Party later touted the letter as a “criminal referral.”

“Our lawyers just sent a criminal referral to AG Barr regarding at least 3,062 instances of voter fraud,” the party tweeted. “We expect that number to grow substantially. Thousands of individuals have been identified who appear to have violated the law by casting ballots after they moved from NV.”

Our lawyers just sent a criminal referral to AG Barr regarding at least 3,062 instances of voter fraud. We expect that number to grow substantially. Thousands of individuals have been identified who appear to have violated the law by casting ballots after they moved from NV.

Earlier in the day, Binnall wrote to Nevada District Attorney Mary-Anne Miller alleging that the fraudulent ballots were cast in the state by voters who had moved elsewhere prior to the election, laying the blame on Clark County Registrar of Voters Joseph Gloria. The lawyer claimed Gloria failed to “take any reasonably basic and fundamental steps to ensure that mail ballots are free from fraud and abuse.”

The letter further stated that Gloria should “immediately cease authenticating and separating mail ballots until the rolls are cured and take all possible measures to cull improper ballots from the 2020 general election voter pool.” Gloria has already debunked one of the Trump campaign’s most dubious allegations against him. It’s unclear what merit, if any, the other claims have. This is merely a letter, not proof.

Letter to the Clark County, NV District Attorney alleging voter fraud by people who were not legal residents of Clark County. pic.twitter.com/1NkYIhbfXw

The American Civil Liberties Union (ACLU) of Nevada quickly responded to the referral by pointing out that Nevadans don’t lose their voting eligibility if they leave the state temporarily, in school, or serving in the military.

Binnall’s request for assistance from the DOJ is both familiar and unfamiliar. He and the DOJ have jointly asked a judge to dismiss the Flynn case. At the same time, Binnall has levied allegations of corruption and rot within the DOJ while representing Flynn.

In September, Binnall and attorney Sidney Powell filed court documents claiming there was evidence of “outrageous, deliberate misconduct by FBI and DOJ—playing games with the life of a national hero.”

He and Powell also attempted to disqualify Emmet Sullivan—the presiding judge in the Flynn case—by accusing him of harboring a personal bias against President Donald Trump.