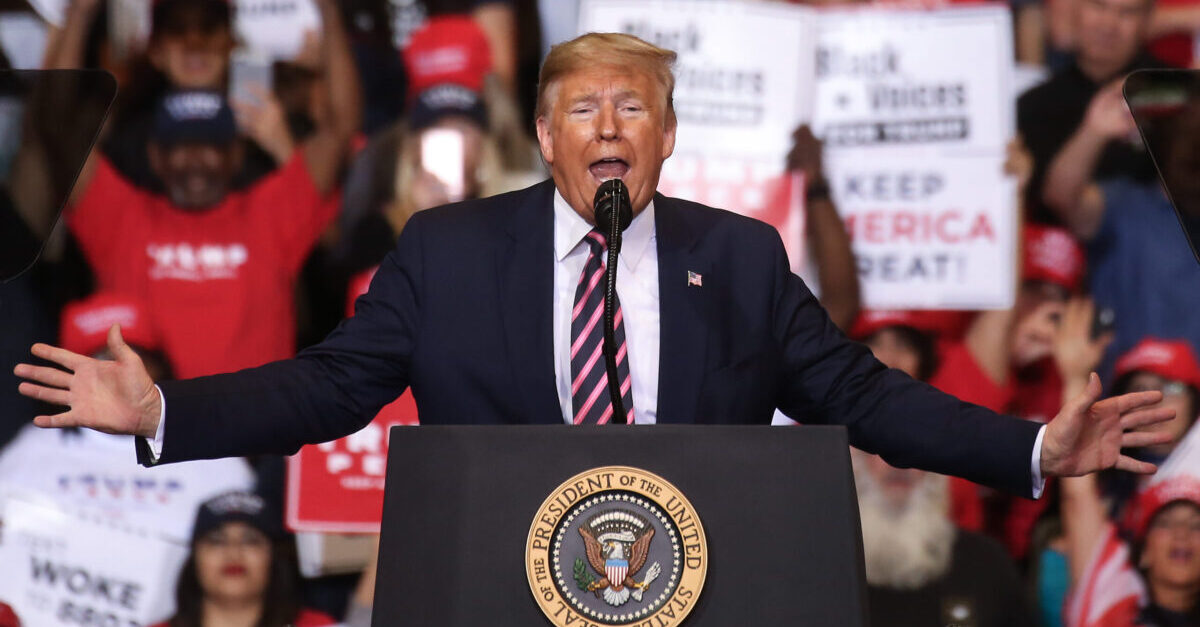 Nevada Secretary of State Barbara Cegavske on Monday asked a federal judge to dismiss a lawsuit filed by President Donald Trump’s campaign and both the Republican National Committee and the Nevada Republican Party. The litigation surrounds Nevada’s expanded vote-by-mail plan for the November 2020 election.

Nevada officials have accused Trump and the other plaintiffs of singling out Nevada “for high-profile litigation regarding vote-by-mail election processes” while letting other states with similar measures take a pass.

The litigation pits a Republican Secretary of State directly against other national and state Republicans. The lawsuit is being litigated by the office of Nevada Attorney General Aaron Ford, a Democrat, involving a bill signed by Gov. Steve Sisolak, a Democrat, and passed by the Nevada legislature, both houses of which are controlled by Democrats.

“Republicans have always supported efforts to make it easier for voters to cast their ballot,” the original complaint argues. “At the same time, however, the electoral process cannot function properly if it lacks integrity and results in chaos. Put simply, the American people must be able to trust that the result is the product of a free and fair election.”

The apparatus of both the federal and state Democratic party moved to intervene in the case. Here is how those groups collectively described the legislation at issue, Assembly Bill 4.  The bill has two parts:

The first—at issue in this lawsuit—articulates an infrastructure for elections held during states of emergency. These changes largely incorporate and supplement Nevada’s existing election laws and provide greater certainty to election officials regarding how the November Election (and any future elections held during emergencies) should be conducted. The second part of Assembly Bill 4—not challenged by Plaintiffs—makes general, permanent changes to Nevada’s election laws. As a result, the Legislature has taken the necessary and appropriate steps to ensure that all Nevadans have safe and meaningful opportunities to vote, both during the pandemic and after.

Enter the Nevada Secretary of State, who on Monday said the case should be kicked out of court because it centers on a pure policy dispute. The legislature already settled the dispute, and the courts cannot, per the Secretary of State’s argument:

The topic of voting by mail has divided much of the country. Advocates for vote-by-mail legislation argue that it is necessary to fully enfranchise voters and mitigate the public health threat posed by the current pandemic. Opponents argue that vote-by-mail processes are vulnerable to voter fraud. These competing arguments amount to a public policy debate, not a legal debate. And when this case is stripped of the legal jargon and litigious tone, it becomes clear that the Complaint (ECF No. 1) presents a simple policy disagreement about how best to balance voter access concerns against election integrity concerns. While there is value in public debate about the policy wisdom of vote-by-mail processes, the Office of the Nevada Secretary of State has a difficult job to do as the 2020 general election draws near. Because the Complaint presents a policy debate, the debate should be carried out in a non-judicial forum, allowing the Secretary to use critical public resources to ensure a free and fair 2020 election, rather than be consumed by partisan discord. Avoiding generalized policy disputes is precisely what the standing requirement of Article III, § 2 of the U.S. Constitution requires.

The lawsuit then points out the logical absurdity of the position taken by the Republicans and by Trump:

“None of these claims gives rise to a cognizable injury, as required by Article III’s standing requirement,” the response argues, “because none is accompanied by factual allegations supporting a reasonable inference that a person’s vote will actually be diluted as a result of the processes and procedure under scrutiny in Nevada.”

Read the original complaint, the attempt by Democrats to intervene, and the secretary of state’s response in the viewers below: