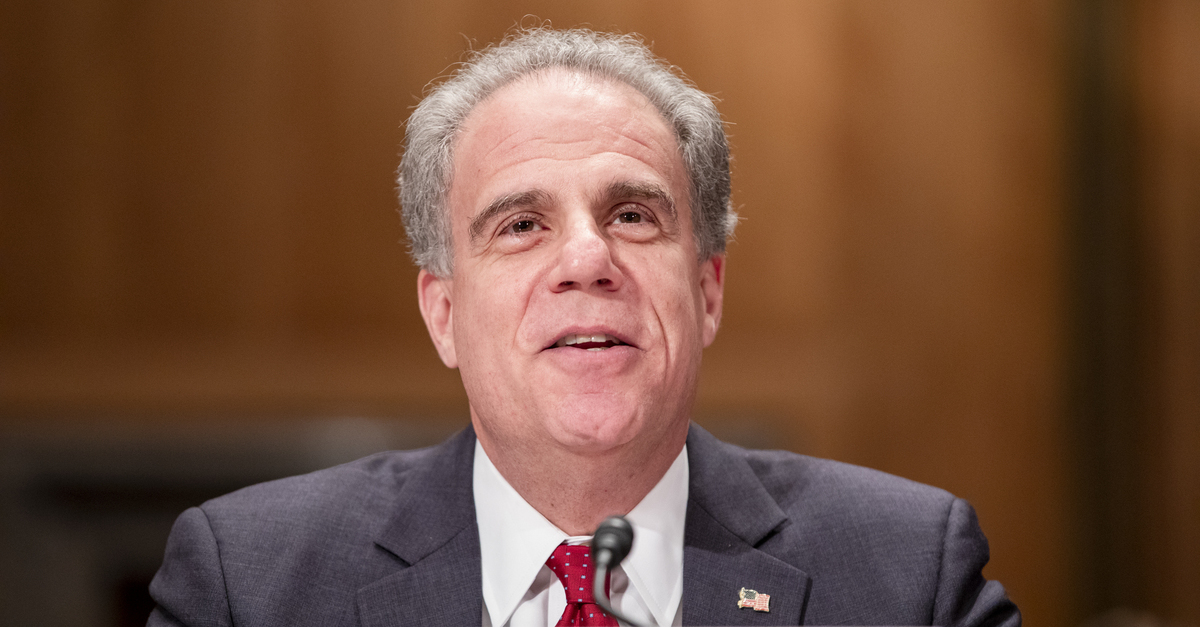 Wherein Juvenal’s famous quotation becomes an ouroboros of lawyers at the highest levels of the federal government. “Quis custodiet ipsos custodes?” It all depends on the administration, it seems, and the recriminations appear to be coming in quick.

The U.S. Department of Justice (DOJ) Office of Inspector General (OIG) announced early Monday afternoon that it was “initiating an investigation into whether any former or current DOJ official engaged in an improper attempt to have [the] DOJ seek to alter the outcome” of the 2020 U.S. presidential election.

According to a press release dated January 25, 2021, DOJ IG Michael Horowitz said his oversight agency would mount a vast “investigation [that] will encompass all relevant allegations that may arise that are within the scope of the OIG’s jurisdiction.”

The scope of the DOJ OIG’s jurisdiction is extremely broad, wide and otherwise capacious–all-but exhaustive when it comes to waste, fraud, abuse–or other crimes committed–by DOJ personnel.

Spanning several distinct sub-agencies and thousands of personnel, the OIG has an extraordinarily wide web of would-be malfeasance to weave over and capture.

“The OIG has jurisdiction to investigate allegations concerning the conduct of former and current DOJ employees,” the Monday press release explains–clarifying one important limit. “OIG’s jurisdiction does not extend to allegations against other government officials.”

That restriction, of course, means the DOJ OIG has no authority over former president Donald Trump or any of his non-DOJ allies who helped in the months-long executive branch effort to deny and overturn President Joe Biden’s 2020 electoral victory.

But legal experts say the DOJ OIG will have plenty of potential investigatory options here–and suggested that the agency will almost certainly have its hands full based on those likely leads alone.

National security and federal employment attorney Bradley P. Moss is of a similar mind–and noted the current investigation’s context amidst an ever-dizzying array of investigations into investigations over the past four-plus years.

“The Trump administration brute-forced an investigation into existence to review what it viewed as an attempted coup in 2016,” Moss said in an email. “This time, the attempted coup was legitimate and nearly came to fruition at the direct request of the then-president. Those involved better lawyer up.”

Recall: U.S. Attorney for the District of Connecticut John Durham, a prosecutor who originally made his name investigating the mafia before spearheading two consecutive investigations whitewashing torture carried out by the CIA, started an administrative review of the decisions leading up to then-special counsel Robert Mueller‘s Russia probe in the summer of 2019. The Durham investigation was transmogrified into a criminal endeavor during the fall of that year–a development that Trump had hoped would reap dividends for his electoral fortunes, though that clearly never came to pass.

And while the decision-making that led up to the Durham appointment and investigation is certainly one possibility for the DOJ OIG to look into, more recent events offer a more direct line to the former administration and the alleged election tampering scheme.

That plan never came to fruition–allegedly because of an agreement between several lower DOJ lawyers that, in the event of Rosen’s unceremonious sacking, they would resign their posts en masse. Trump, apparently scared of the damage, eventually backed off–but the aborted effort created several potential witnesses in the process.