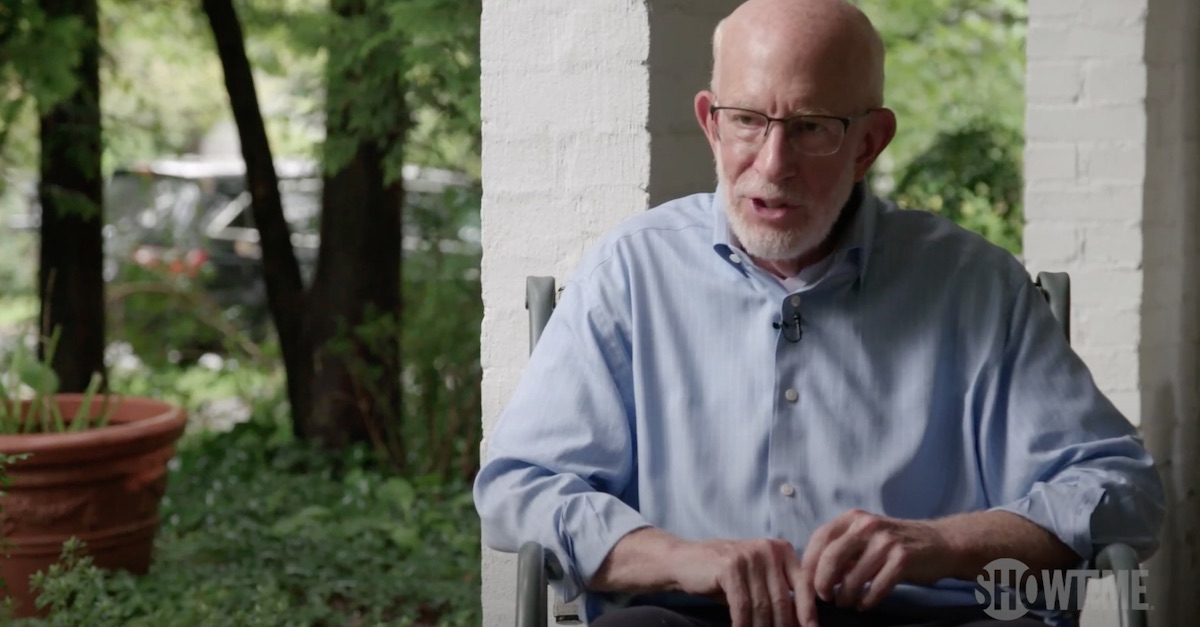 An election lawyer who worked for the Republican Party over the last four decades sought permission to file an amicus brief in a U.S. District Court on Sunday, opposing the Texas Republicans’ efforts to invalidate more than 120,000 ballots cast in Harris County using a drive-thru method during the COVID-19 pandemic.

Benjamin Ginsberg was joined on the brief by Joseph R. Straus III, who was the Republican Speaker of the Texas House of Representatives from 2009 to 2019.

The movants said that the GOP plaintiffs’ “last-minute” efforts to disenfranchise thousands of voters should not be countenanced by a federal judge, particularly in light of the Texas Supreme Court’s rejection of those efforts:

In the brief, Mr. Ginsberg and Mr. Straus argue that Harris County’s drive-thru voting program is permitted by the plain text of Texas state law, that Plaintiffs’ last-minute attempt to disenfranchise thousands of voters violates federal law, and that the so-called “independent state legislature” doctrine actually counsels against a federal court stepping in to rewrite state law, especially after the Texas Supreme Court has already declined to do so.

The conclusion of their argument said that it was ironic that Republicans of 2020 are making arguments that Democrats of 2000 made in Florida (which Amy Coney Barrett, then a young lawyer, argued against at the time).

“During that election, amicus Mr. Ginsberg, alongside co-counsel that included now-Justice Amy Coney Barrett, argued that this same provision of federal law […] prohibited that effort to disenfranchise eligible voters based solely on an administrative error by elections officials,” the filing said. “Not so long ago, it was a core tenet of the Republican Party that the vote of every qualified voter should be counted, even if, at times, it did not work in the Party’s favor.” 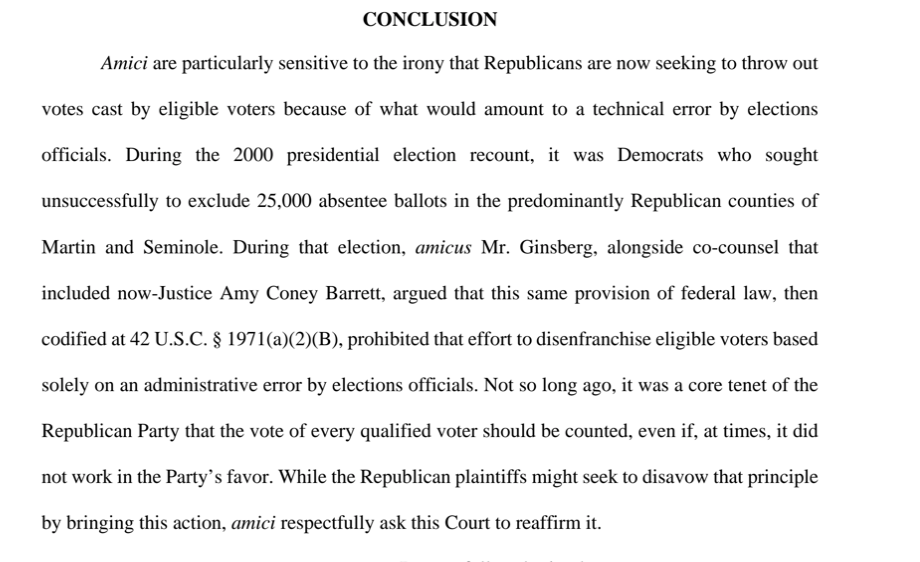 Conservative U.S. District Judge Andrew Hanen will preside over a hearing on Monday morning in Houston.

Ginsberg first spoke up during election season in an op-ed in The Washington Post. He noted that he has worked for Republican causes over the last 38 years, during which time he searched for and found no evidence to support President Donald Trump’s assertions that widespread mail-in fraud and rigged elections already exist.

“Each Election Day since 1984, I’ve been in precincts looking for voting violations, or in Washington helping run the nationwide GOP Election Day operations, overseeing the thousands of Republican lawyers and operatives each election on alert for voting fraud,” he wrote. “The truth is that after decades of looking for illegal voting, there’s no proof of widespread fraud. At most, there are isolated incidents — by both Democrats and Republicans. Elections are not rigged.”

Ginsberg wrote that it was “painful” for him to conclude that “rule of law” Republicans have politicized the mail-in vote and undermined the credibility thereof in order to gain an “electoral advantage,” not out of “sincere concern.” Ginsberg reached that conclusion despite believing that “[m]any of the GOP’s litigation concerns are meritorious in principle.”

Ginsberg levied these criticisms both in the op-ed and on cable news.

Read the motion for leave to file the amicus brief below: