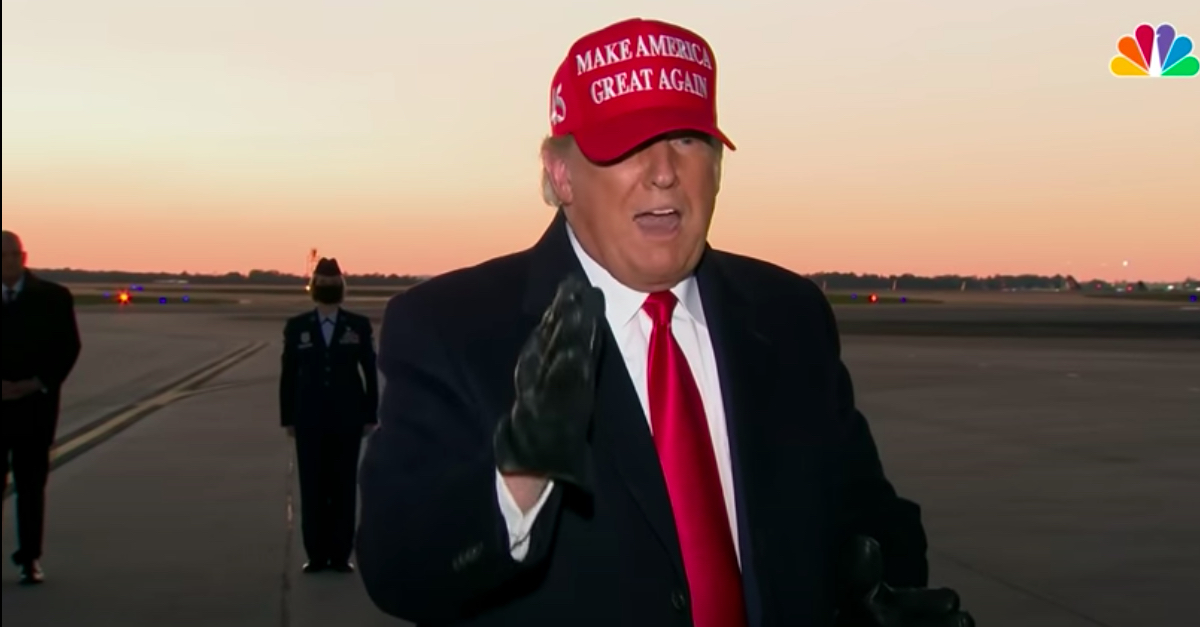 President Donald Trump once again on Sunday criticized U.S. Supreme Court decisions allowing swing states Pennsylvania and North Carolina to count mail-in ballots that were sent before or by Election Day, but which may arrive a few days after Nov. 3. Trump promised to unleash teams of lawyers to challenge the results. Pennsylvania Attorney General Josh Shapiro, a Democrat, hit back at the president a few hours later, daring Trump to follow through on his threat.

As previously reported by Law&Crime, there is no evidence to support widespread fraud in relation to absentee ballots, nor has there been any evidence suggesting that the tabulation of valid ballots after Election Day would taint the results of the vote count.

“Now, I don’t know if that’s going to be changed, because we’re going to go in night of, as soon as that election is over, we’re going in with our lawyers,” Trump continued. “I don’t think it’s fair that we have to wait a long period of time after the election. Should’ve gotten their ballots in a long time before that. Could’ve gotten their ballots in a month ago. I think it’s a ridiculous decision.”

Pennsylvania attorney General Josh Shapiro countered the President’s threat with a “fact check” on Twitter, welcoming such a legal challenge.

“FACT CHECK: Our elections are over when all the votes are counted,” Shapiro wrote. “But if your lawyers want to try us, we’d be happy to defeat you in court one more time.”

FACT CHECK: Our elections are over when all the votes are counted.

But if your lawyers want to try us, we’d be happy to defeat you in court one more time. https://t.co/mj6d8WLwvK

Shapiro appeared on CNN ON Monday morning to again challenge the president.

“It’s not the president who picks the president, it’s the people who pick the president,” he said. “So Donald Trump can get out there and say whatever the hell he wants on election night, but the only thing that matters is when we’ve counted up all the legally eligible votes here in Pennsylvania and the other states and what the people have said. What the will of the people is.”

What are you doing today to get out the vote? pic.twitter.com/oy0UHVW1GE

“I could care less what Donald Trump says—we will count these ballots and a proper winner will be certified,” he added.