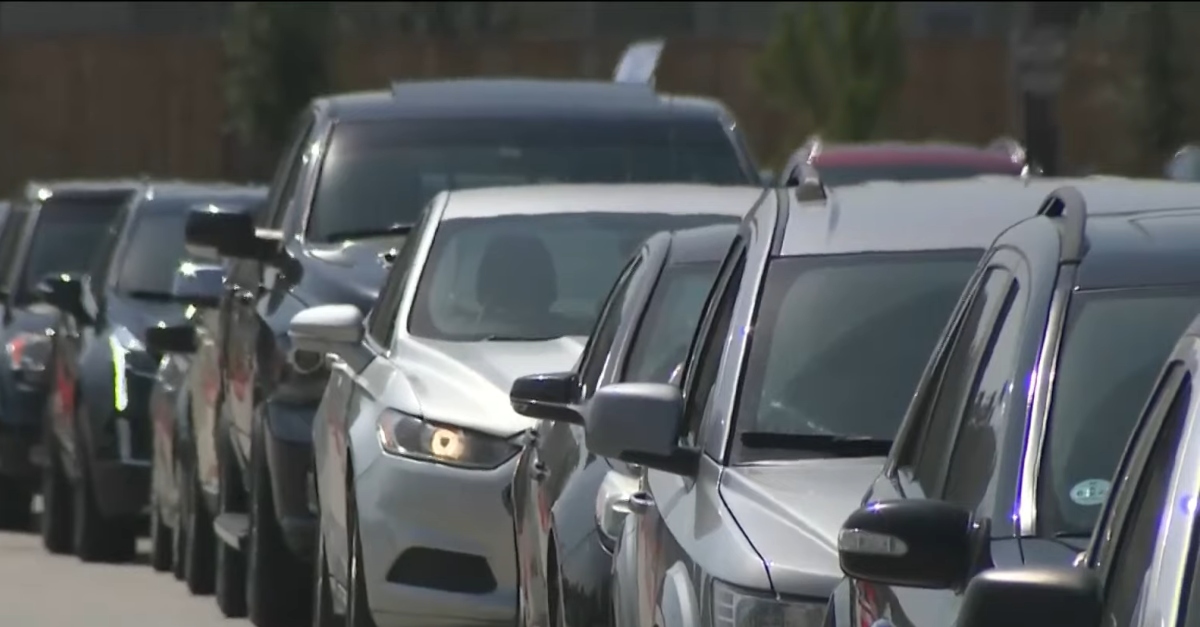 The Texas Supreme Court on Sunday dismissed a petition from Republican plaintiffs who want to toss out drive-thru votes in Harris County, which happens to be a Dem-majority area.

THE FOLLOWING PETITION FOR WRIT OF MANDAMUS IS DENIED:

But this case is not over. Plaintiffs issued a parallel complaint at the federal level. From their filing, dated Wednesday:

By indiscriminately encouraging and allowing any and all Harris County registered voters to cast their ballots via curbside drive-thru voting, Defendant is violating both federal and state law, and Plaintiffs will suffer irreparable injury if such ultra vires action is not stopped. By circumventing the Texas Legislature and implementing a manner of voting not recognized under the Texas Election Code, Defendant is violating Article I, section IV, clause 1 of the United States Constitution. Additionally, by adopting a manner of voting that is inconsistent with the [Texas] Election Code, and upon information and belief not adopted by any other county in Texas, Defendant is violating the Equal Protection Clause of the Fourteenth Amendment to the United States Constitution.