‘Samuel Colt and I Share a Birthday’: Capitol Rioter Posted ‘We Are Now at War’ One Day After Spraying Cops with ‘Chemical Irritant,’ Feds Say 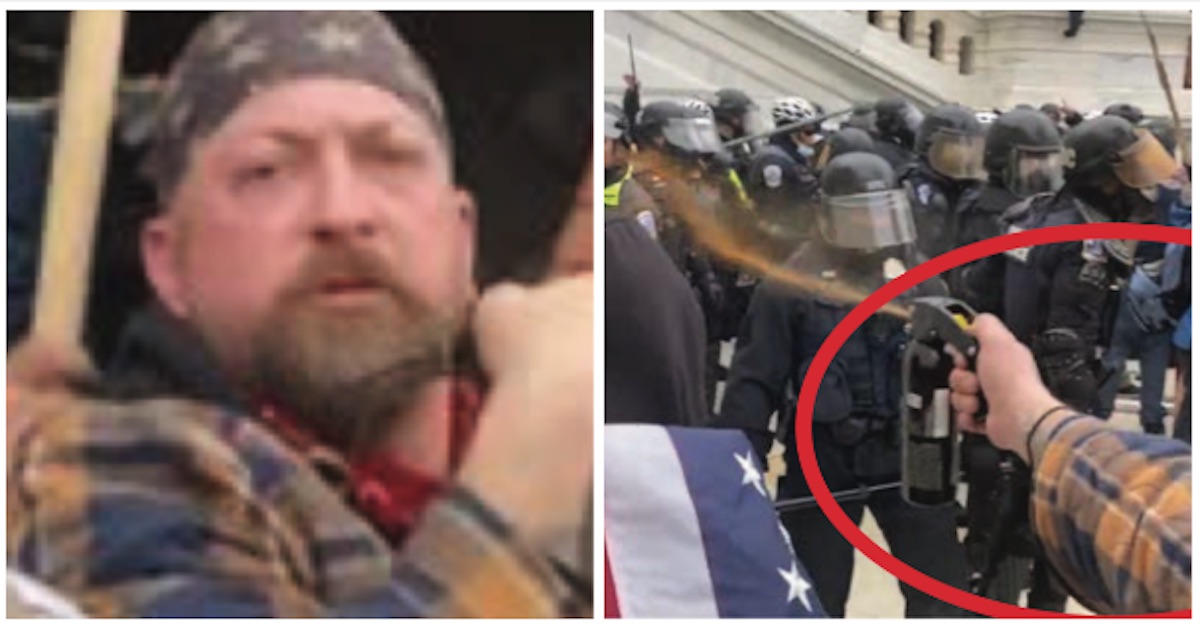 A Capitol siege suspect who was arrested on Thursday in Pennsylvania posted on social media the day after he sprayed police officers with a “chemical irritant,” declaring “we are now at war” whether “people will acknowledge it or not,” the FBI alleged in a criminal complaint.

The feds corroborated Peter Schwartz’s identity, in part, by going to his Facebook and noticing a quote: “God created all mankind. Samuel Colt made them equal. Samuel Colt and I share a birthday.” You may recognize Samuel Colt as the inventor of the revolver bearing his last name. Federal authorities said they looked up Colt’s birthday and found that it was July 19. This, it turns out, is Schwartz’s birthday.

When perusing the suspect’s Facebook page, the FBI said it found a post on the account admitting that Schwartz was at the Capitol. The post began by justifying the Jan. 6 events by directing attention to “terrorism” and “violence from the left”:

The Facebook profile also included a January 7, 2021, post that appeared to have been made by SCHWARTZ stating, “All the violence from the left was terrorism. What happened yesterday was the opening of a war. I was there and whether people will acknowledge it or not we are now at war. It would be wise to be ready!” No videos or images accompanied the post. Your affiant also saw in the comments written by Pete SCHWARTZ, under the January 7, 2021 post, “I’ll tell you this…I’m shocked reading the reports of what happened yesterday. Very different than what I saw up close and personal. (We’re still spitting up gas and mace today.).”

The FBI said that Schwartz was caught on video spraying cops with an “orange liquid substance” that appeared to be a “chemical irritant” (perhaps, police-issued pepper spray) based on how Metropolitan Police Department officers reacted to said spray.

Authorities linked to a YouTube video and the precise moment the spray was used, calling attention to the clothing the suspect was wearing.

An unnamed tipster (identified in documents as W-1) contacted the FBI on Jan. 11, claiming that Schwartz, a “traveling welder” by trade, was involved in the D.C. riots and is a “felon […] released from prison due to COVID-19.”

“According to W-1, SCHWARTZ was supposed to be at a rehabilitation facility in Owensboro, Kentucky on January 6, 2021. However, W-1 saw a picture of SCHWARTZ on the Capitol Building steps that appeared to have been taken on January 6, 2021,” documents said. The feds said that they followed up weeks later with W-1 and that the person said they are “friends” with the suspect. The person said they haven’t seen Schwartz in person for six months and that the defendant “still owes him money.”

According to that witness, Schwartz admitted “we were there [in D.C.]” and made a comment that there were more people there “than [people who] voted for Biden.”

The FBI also said it corroborated the tip about Schwartz being known to Owensboro, Kentucky law enforcement. A lieutenant “confirmed that the individual in the [BOLO] photo was SCHWARTZ” and “indicated that he had been required to serve legal process on SCHWARTZ in approximately April of 2020,” documents said.

This is the photo the lieutenant was shown: 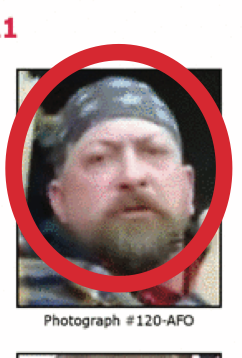 Schwartz faces charges for forcibly assaulting, resisting, or impeding officers; knowingly and unlawfully entering or remaining in or on Capitol grounds; violent entry and disorderly conduct on Capitol grounds.

Prosecutors are asking the court to order Schwartz’s detention, arguing that he is a flight risk and noting that he is accused of a “crime of violence.” A detention hearing has been scheduled to take place on Feb. 10 at 2 p.m. before Magistrate Judge Lisa Lenihan.