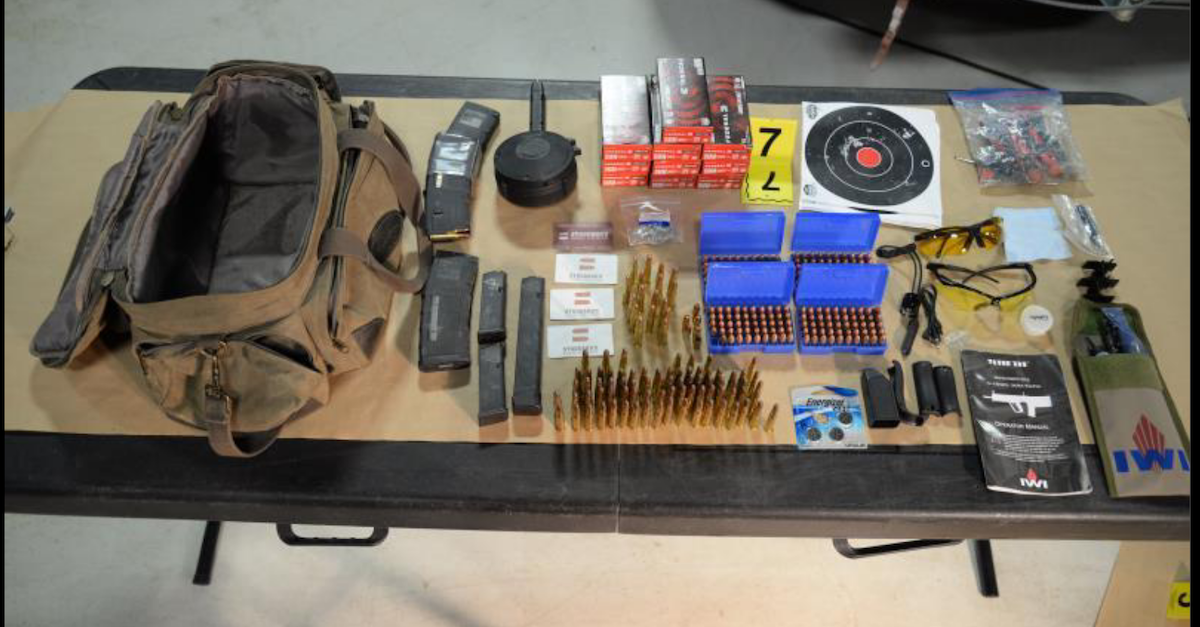 This time, a federal court reasoned, the defendant’s thoughts have become so deranged by, and are still susceptible to, presently-being-broadcast right-wing propaganda about election fraud that it is currently unsafe to release him into the broader public.

Cleveland Grover Meredith, Jr. has suffered several procedural setbacks in his legal battle–particularly his efforts to get out of jail–after being arrested on Jan. 8 following the Jan. 6 attack on the U.S. Capitol Complex by supporters of then-President Donald Trump.

While Meredith is not alleged to have actually made contact with his fellow travelers on that by-now notorious day, because he arrived too late to attend the far-right riot, prosecutors allege that he came equipped with two firearms and some 2,500 rounds of ammunition.

And, the government says, the defendant has also admitted to sending a series of text messages that authorities claim are evidence he intended to commit a crime of violence; namely, a threat to injure Pelosi sent through interstate commerce in violation of federal law.

Meredith recently attempted to argue that the specific statute, 18 U.S.C § 875(c), doesn’t actually apply to his admitted text message screeds about killing and maiming people in Washington, D.C. because it also includes a reference to kidnapping.

“[B]ecause kidnapping can be accomplished in the absence of physical restraint,” U.S. District Judge Amy Berman Jackson noted, “[Meredith] argues that Section 875(c) is not a crime of violence.” The court rejected that approach by finding that the law is actually divisible and does not require a threat to kidnap and injure–it just requires a threat to kidnap or injure transmitted across the ether.

“Not only did defendant threaten to wreak mayhem in general in the nation’s Capital, he used graphic and misogynistic language to threaten to kill particular public figures in the District in specific and violent ways,” Judge Jackson noted, denying the defendant bail.

Nearly 50-percent of the 26-page opinion is unreadable, however, because of whole-page redactions in three separate sections.

The redacted sections: (1) appear to identify the tipster who originally spoke to federal agents about Meredith’s alleged plan to bring “guns and ammunition” to “the pro-Trump rally” on Jan. 6; (2) detail in depth the defendant’s “[h]istory and [c]haracteristics” as relevant to his alleged crimes; and (3) discuss, at length, the threat that he allegedly poses to “[a]ny [p]erson” and the community at large.

According to prosecutors and as summarized by the court, Meredith was involved in two separate “road rage” incidents in D.C. and his home state of Georgia where he allegedly attacked another driver by head-butting him and pointed a gun at another driver, respectively.

“In sum, the history and characteristics weigh heavily in favor of detention,” Jackson determined.

Notably, the constant onslaught of misinformation about the November 2020 presidential election is cited in the memorandum opinion as a relevant reason to deny the defendant bail–on the theory that such false claims are likely to inspire and rile up Meredith (and presumably others like him) and drive him to again threaten or commit violence against his perceived political enemies.

“The steady drumbeat that inspired defendant to take up arms has not faded away; six months later, the canard that the election was stolen is being repeated daily on major news outlets and from the corridors of power in state and federal government, not to mention in the near-daily fulminations of the former President,” Jackson writes in one heavily-redacted section. A black censor’s box precedes and follows the judge’s thoughts here but she goes on to conclude: “The issues facing the Court today are the same as those that were quite apparent at the hearing, and the supplemental information that has been submitted does not resolve any of them.”