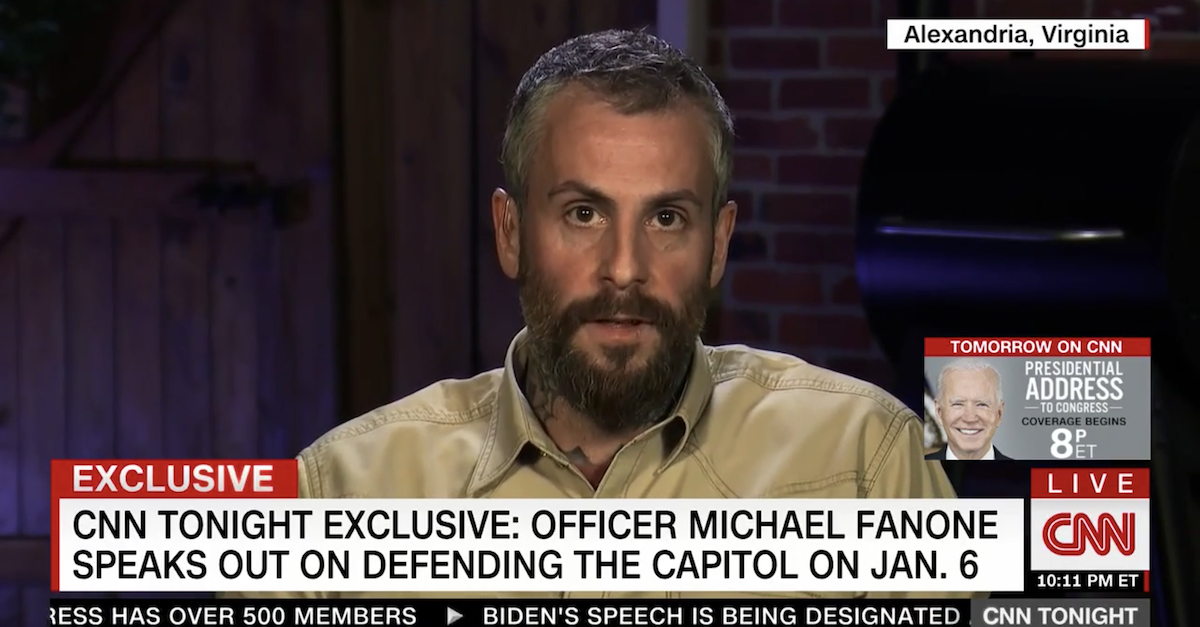 Metropolitan Police Officer Michael Fanone speaks to CNN’s Don Lemon about being attacked while defending the U.S. Capitol on January 6, 2021.

Days after Metropolitan Police Officer Michael Fanone broke his silence about being beaten, Tased, and robbed of his gear while defending the U.S. Capitol, federal prosecutors released more information about one of his accused assailants in order to keep him behind bars pending trial. Authorities tied the accused rioter to a social media account calling himself a “son of Confederate veterans,” and prosecutors described how he allegedly delivered Fanone to a violent mob.

One of three men recently indicted in connection with Fanone’s assault, Tennessee resident Albuquerque Cosper Head, is depicted in a government memo using duplicity to put Fanone in harm’s way. Fanone’s body camera video captured Head telling the officer “I’m gonna try to help you out here. You hear me?” and then “Hey! I got one!”

Prosecutors describe Fanone’s account of the events to the FBI in court papers thinly veiling the officer’s name through the use of his initials. 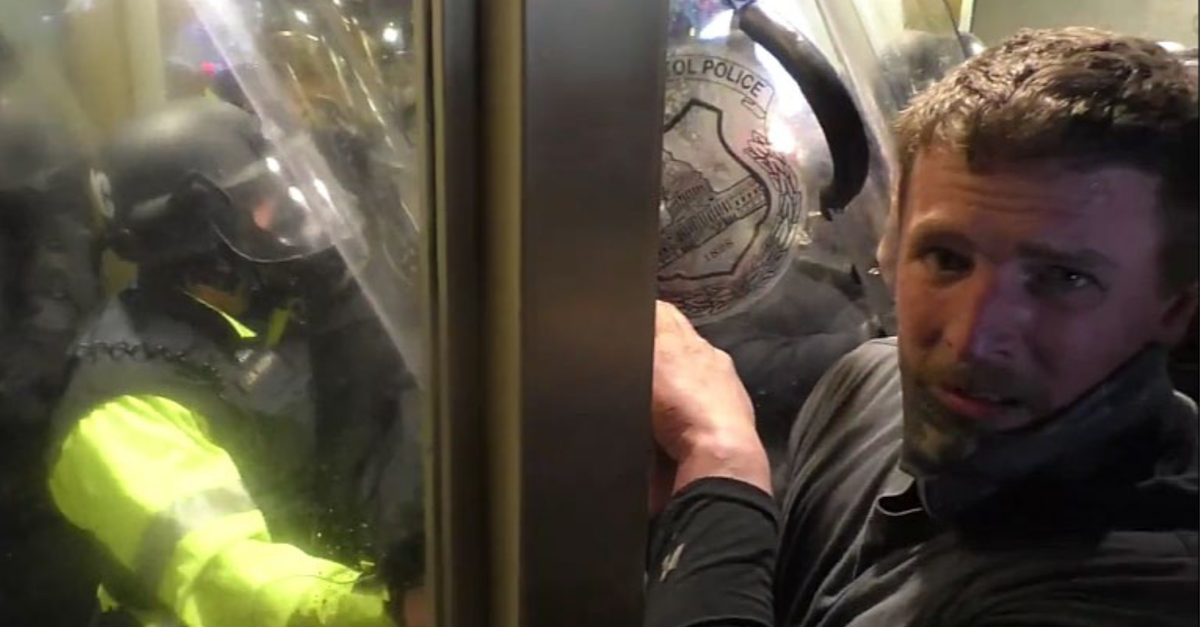 That is where Head’s accused accomplices Thomas Sibick, 35, of Buffalo, N.Y. and Kyle James Young, 37, of Redfield, Iowa, enter the prosecution’s brief along with accused rioter Daniel Joseph Rodriguez, who is separately charged.

“After the defendant pulled Officer M.F. into the crowd, other rioters assaulted him, including Daniel Rodriguez, who tased Officer M.F., Thomas F. Sibick, who robbed Officer M.F. of his MPD badge and police radio, and Kyle J. Young, who tried to forcibly remove Officer M.F.’s service weapon from its fixed holster while stating words to the effect that he was going to take Officer M.F.’s gun and kill him,” the memo continues.

Fanone opened up about his assault in an emotional interview with CNN’s Don Lemon, where the officer denounced those who would “whitewash” the Jan. 6th attack on the Capitol.

“It’s been very difficult seeing elected officials and other individuals kind of whitewash the events of that day or downplay what happened,” Fanone told viewers after being asked by Lemon about former President Donald Trump‘s attempt to cast the rioters as “patriots.”

Trump also said that rioters “hugged and kissed” police, but Head’s alleged “bear hug” of Fanone is depicted in court papers as anything but affectionate.

“I think it’s dangerous,” Fanone said of Trump’s remarks, without saying the former president’s name. “I experienced a group of individuals that were trying to kill me to accomplish their goal.”

After the siege, federal authorities claim to have tied Head to a Twitter account, which remains active. It is filled with paeans to the Confederacy and retweets of ex-Trump officials like former Secretary of State Mike Pompeo and social media director Dan Scavino. One tweet quoted by prosecutors repeats the conspiracy theory of anti-fascist involvement in the riots: “He is seen here with several known antifa members I was in DC and “at” the capital and went to all confederate flags I seen because I’m son of Confederate veterans never seen this guy.”

Another misspelled tweet replies to a post by Scavino: “Proud to have been their [sic],” referring to the U.S. Capitol. 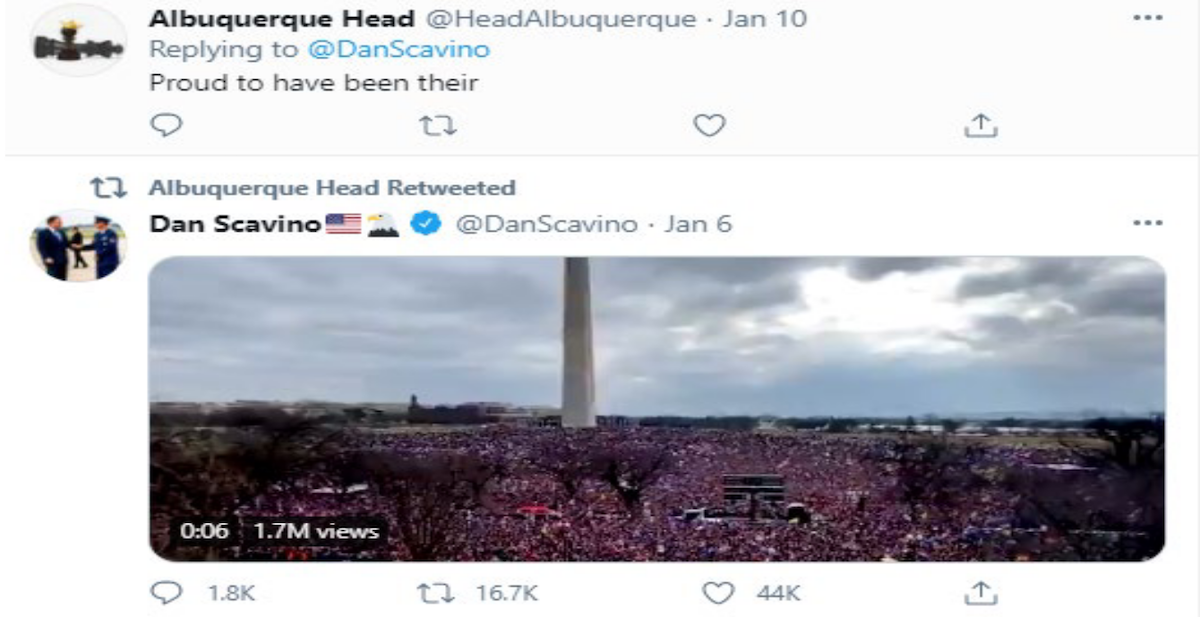 Prosecutors also pointed to Head’s extensive criminal history in support of his continued detention, with more than a dozen arrests on offenses including marijuana possession, domestic assault, theft, vandalism, and more. 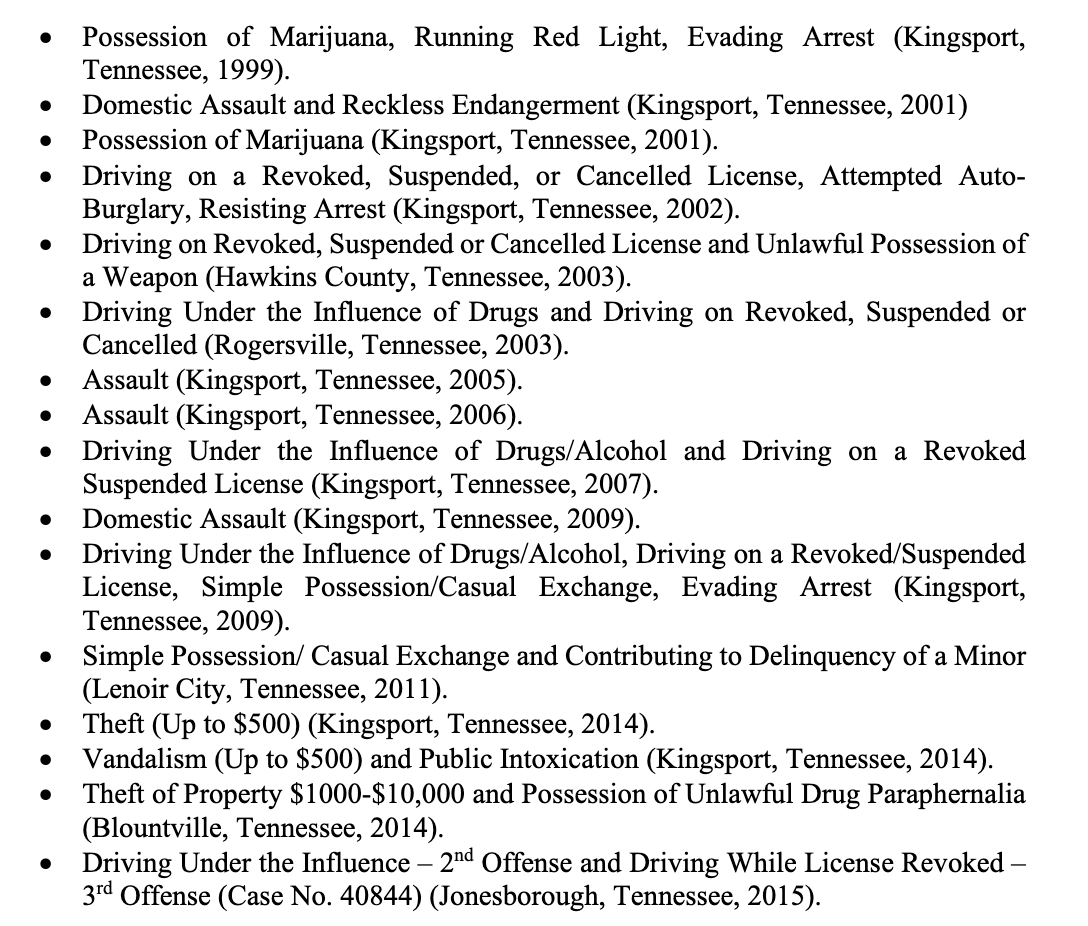 Prosecutors say that Head was on probation and was not supposed to be in Washington, D.C. on the day of the riot because of a condition restricting his travel to inside Tennessee.

Read the prosecution’s memo below: