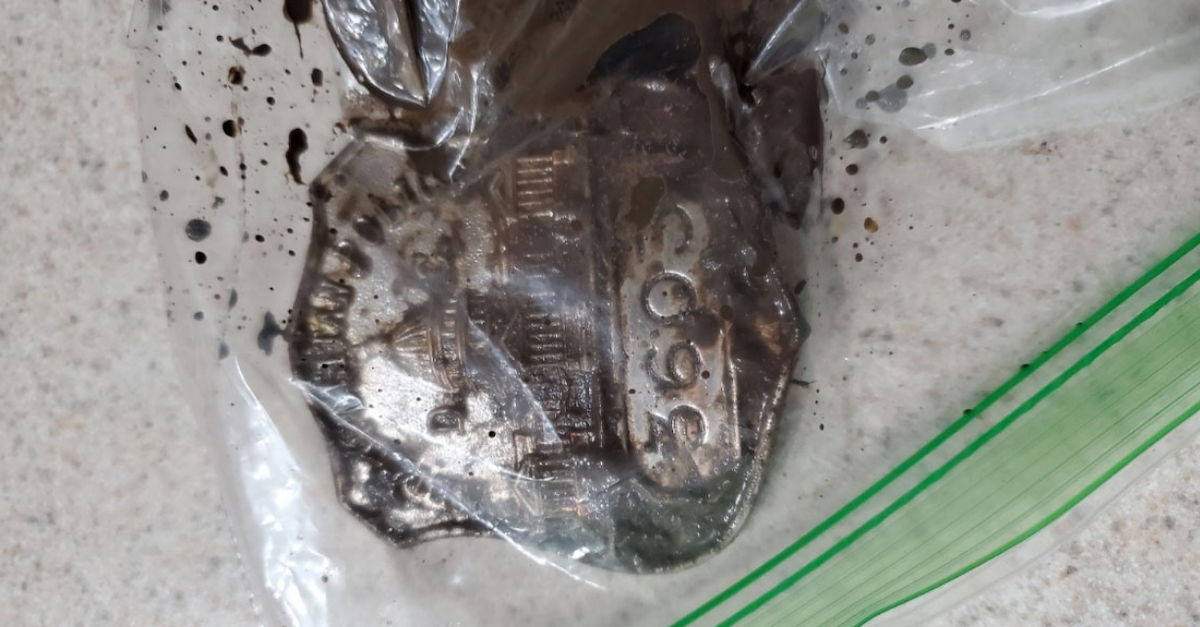 Three accused U.S. Capitol rioters have been indicted for participating in the assault of Metropolitan Police Officer Michael Fanone, who was beaten, Tasered, and robbed of his badge and radio on Jan. 6th. Rioters also attempted to pull out his gun from his holster. Fanone reportedly suffered a mild heart attack that day and spoke about the attack on him to reporters.

In an interview with CNN shortly after the siege, Fanone recounted hearing people in the pro-Trump mob saying: “Kill him with his own gun.”

“Thank you, but fuck you for being there.” – D.C. police officer Michael Fanone on his response to the few rioters who helped when others were trying to kill him pic.twitter.com/EHKT7QMGvJ

An FBI affidavit against Sibick, the lead defendant, contains a gruesome depiction of the attack on Fanone, whose name is thinly veiled in court papers as “M.F.” but named in full in the prosecution’s press release on the case.

“While Officer M.F. was defending the doorway, a rioter pulled Officer M.F. into the crowd, where members of the crowd beat, tased, and robbed Officer M.F. of his MPD badge (#3603), police radio, and MPD-issued 17-round magazine, while also trying to forcibly remove his service weapon from its fixed holster,” FBI task force officer William Matos-Ginorio wrote in an affidavit. “The radio was securely attached to Officer M.F.’s tactical vest, and the badge was pinned to the vest. As a rioter attempted to get Officer M.F.’s gun, Officer M.F. heard him yell words to the effect that he was going to take Officer M.F.’s gun and kill him. Following the assault, Officer M.F. lost consciousness and was hospitalized for his injuries, including a likely concussion and injuries from the taser. Officer M.F. was admitted to the hospital for monitoring of his cardiac activity.”

Court papers show the hole in Fanone’s vest where rioters pulled out his badge—and describe the investigative work to identify his assailants.

Fanone’s body worn camera recorded the assailant during the onslaught, the FBI says. 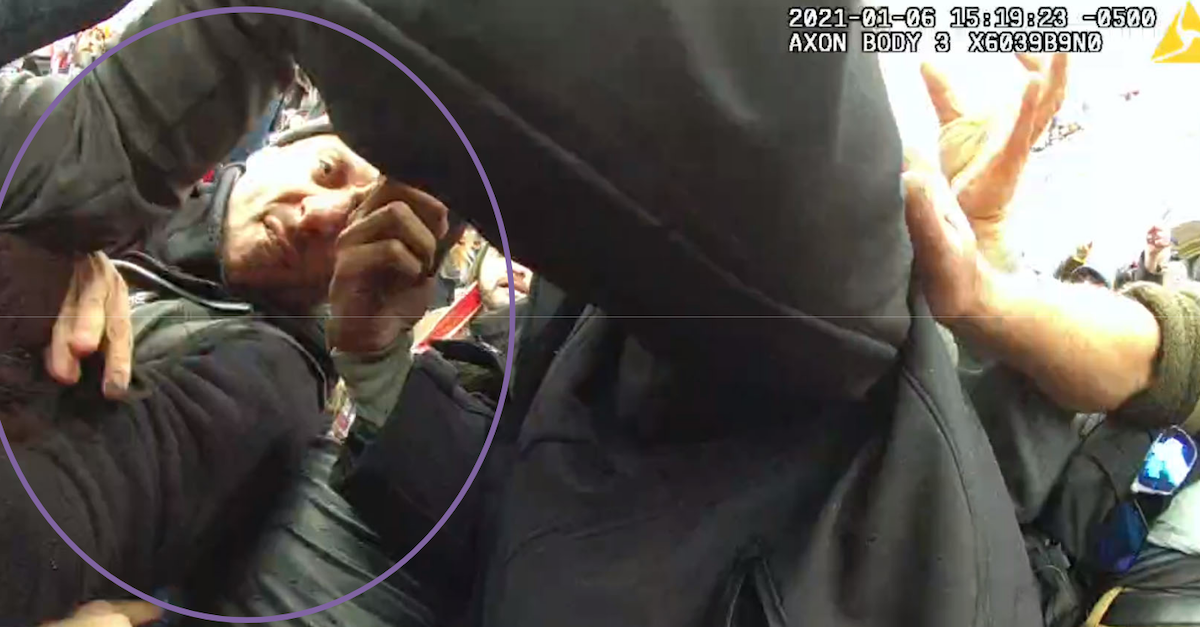 According to court papers, the investigation turned another corner with a witness from Sibick’s home city of Buffalo on Jan. 21.

The unidentified tipster reported that Sibick posted a video of the riot to his Instagram account, apparently showing him using his cell phone to record himself on the inauguration ceremony stage and screaming, “Just got tear-gassed, but we’re going, baby, we’re going! We’re pushing forward now!”

A second tipster passed on a Facebook photo of Sibick brandishing a U.S. Capitol Police Shield.

Authorities say that they also saw Sibick over surveillance footage in the Capitol tunnel, where YouTube videos also showed rioters brawling with police.

When first interviewed by authorities on Jan. 27, Sibick allegedly told agents that he saw a Metropolitan Police Officer being pulled down the steps and being struck with what he called a “flagpole.” The Buffalo man then corroborated Fanone’s account of rioters’ taunt about his gun.

Sibick also reported seeing at least two other individuals beating the D.C. Metro Police Officer and attempting to get his gun, but were unable to do so because of the “plastic piece on top of the holster.” Sibick heard someone say, “Get his gun and kill him.” Sibick stated that he attempted to reach the officer to pull him away but was unable to get to him and at that point he feared for his life and that of the officer. Sibick further stated that due to the violence, he decided to leave. When shown the photograph of Sibick holding the riot shield, Sibick said that the shield had been passed through the crowd and Sibick asked a man next to him to take his picture with it. Sibick further explained that a man in a tactical vest asked Sibick if he was going to “use” the shield, to which Sibick replied, “No.”

A little less than a month later, authorities conducted a follow-up interview after observing a man who appeared to be Sibick in Fanone’s bodycam video.

According to the FBI, Sibick’s account continued to evolve. He allegedly told agents that he had to “recant” his earlier statement and said that he brought the items to Buffalo and, fearing his arrest, claimed to have tossed them in a dumpster in Lenox Hotel in that city.

Authorities then claim an agent set up a ruse to catch him in that lie.

On February 25, 2021, an agent sent Sibick a ruse email stating that the security cameras at the Lenox Hotel were going to be checked to confirm Sibick’s statement that he disposed of the badge and radio in the dumpster. On February 26, 2021, Sibick called the agent stating that he was distraught and “wanted to do the right thing.” Sibick stated that he did not dispose of the badge in the dumpster behind the Lenox Hotel. Rather, he had buried the badge in his backyard. Sibick stated that he purchased a metal detector to find the badge, which he then dug up, and that he wanted to return it. Sibick stated that he had actually thrown away the radio, however. Later that night, Sibick met the agent and gave him a bag containing mud and Officer M.F.’s badge (#3603).

The mud-covered badge is pictured in court papers.

It is unclear whether the FBI has signed similar affidavits regarding Sibick’s co-defendants, Head and Young.

Read the FBI’s statement of facts regarding Sibick and the indictment of all three below: