‘I Was Personally Tear Gassed 8 Times’: Capitol Siege Suspect Who Complained that ‘Women and Children’ Were Repelled by Cops Now Faces Charges 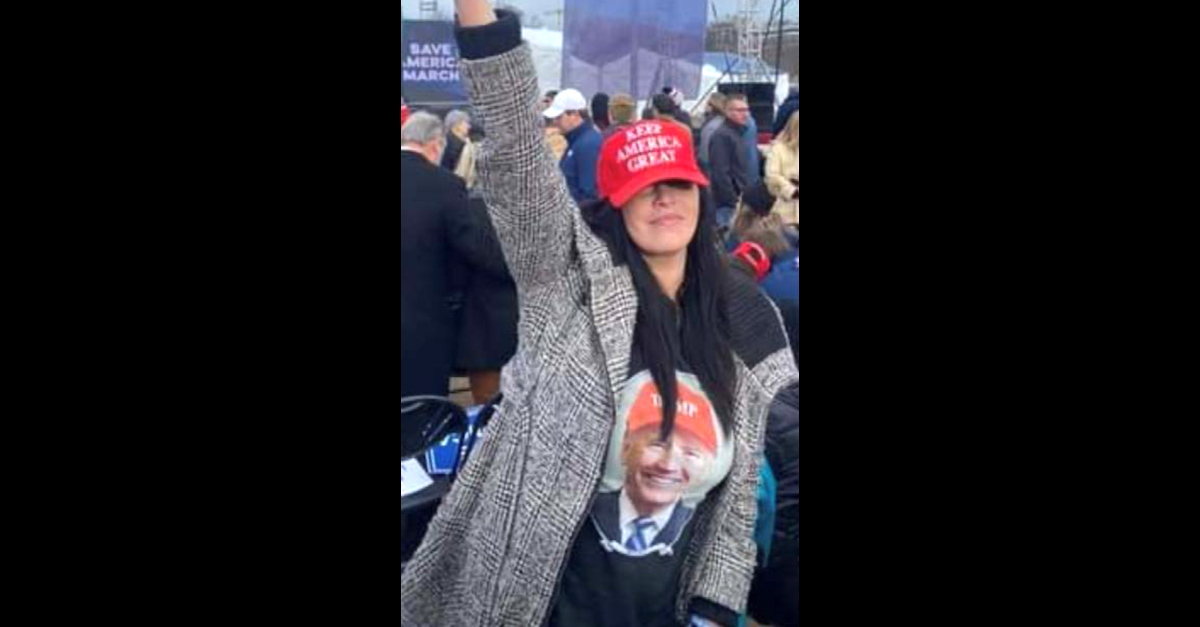 Annie Howell is seen in clothing the FBI believes she wore while storming the U.S. Capitol on Jan. 6. (Image via the FBI and U.S. Dept. of Justice.)

A Pennsylvania woman stormed the U.S. Capitol, blamed Antifa, said it was inappropriate for authorities to try to repel “women and children,” and otherwise took steps to wipe evidence from her electronic devices after the Jan. 6 breach, federal court documents allege.

According to a statement of facts on file in the U.S. District Court for the District of Columbia, Annie Howell of Swoyersville, near Scranton, entered the Capitol with others and trashed a conference room. She documented her activities heavily on social media both before and during the deadly siege.

The FBI caught wind of Howell’s involvement when two witnesses provided online tips that Howell had recorded her exploits at the Capitol and shared the video on social media. One tipster told the FBI Howell appeared to be “inciting the crowd in order to storm the building.” Among Howell’s alleged chants, the tipster said, were “[w]ho’s [sic] house, our house!!” and “fight for trump [sic].” A second tipster said Howell traveled to D.C. on Jan. 6 to to attend Trump’s rally and subsequently went to the Capitol.

The videos forwarded to the FBI by both tipsters were the same. 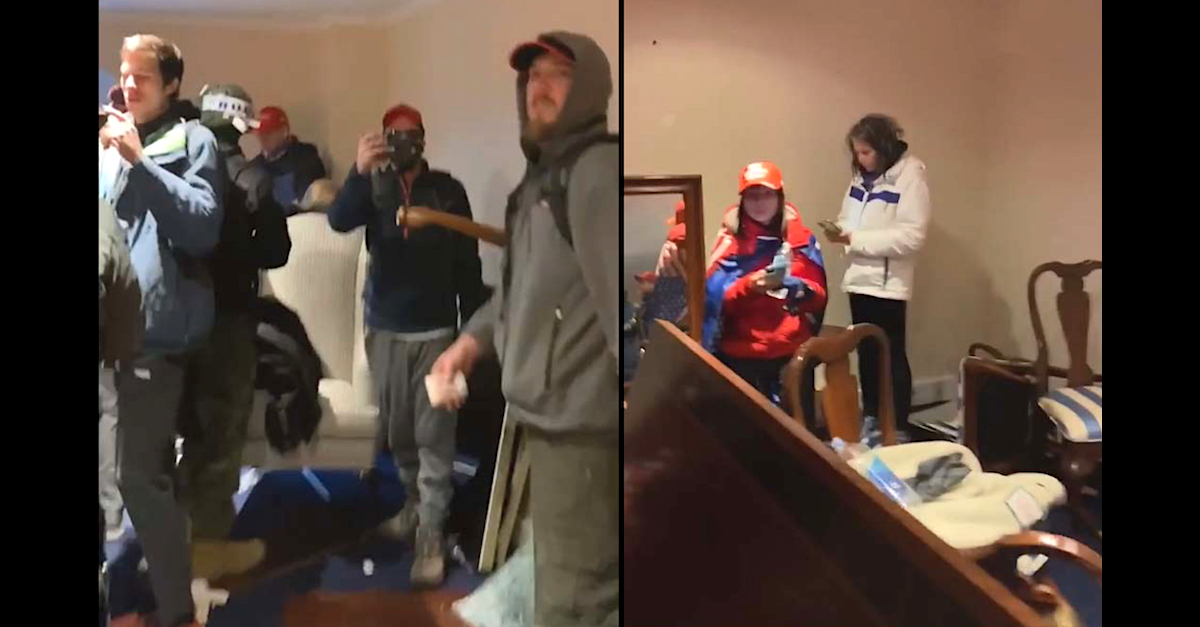 The FBI says these screen captures depict video shared on social media by Annie Howell. (Images via the FBI, U.S. Dept. of Justice by way of federal court documents.)

“The 27 second video depicts a ransacked conference room inside the Capitol with broken furniture strewn about and televisions ripped off the wall,” the FBI said. “In the video, approximately 20 individuals are visible in the conference room chanting ‘Whose house? Our House’ and ‘Fight for Trump’ while being led by a female voice.”

One of the tipsters provided the FBI with screen shots of a group chat in which a woman believed to be the defendant sent updates from inside the Capitol.

“Shots fired inside the capitol,” one person said in an apparent reference to the killing of Ashli Babbitt.

“Get out now,” the next reply reads.

At one point, the defendant is accused of sending videos which appear to be from inside the building.

Howell’s page, which was identified in federal court documents, included images of and around the U.S. Capitol on Jan. 5, one day before the deadly breach.

Law&Crime reviewed Howell’s posts which remain active and public as of the time of this writing.

“So how many people are there would you say?” one person asked under one image of the Capitol Building.

Another image showed Howell in front of the Washington Monument. 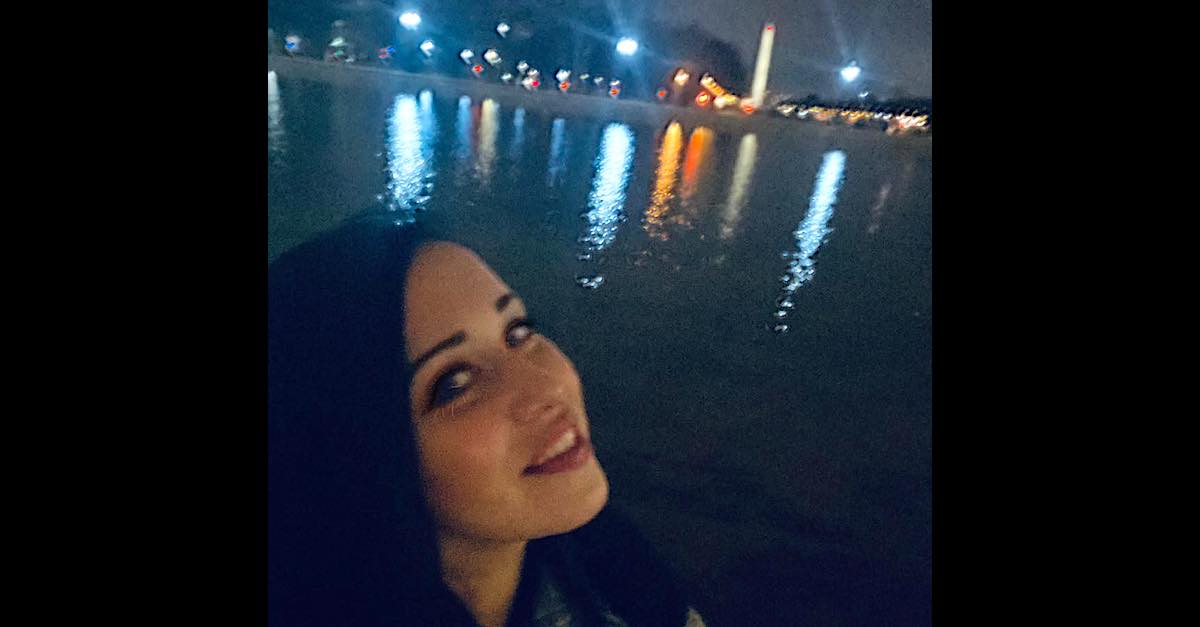 Annie Howell poses near the Washington Monument on Jan. 5 in an image the FBI embedded within federal court records. (Image via Facebook.)

The comments were supportive, fatalistic about the trajectory of the country, and eerily predictive of the violence that ultimately ensued.

“I really appreciate the amount of work you did for our President,” one person said. “[W]e share the same values . . . very cool, if anything you got stronger with this.[] TRUMP 2021.”

“This is likely one of THE most important days in the history of our nation!” another said. “Regardless of the outcome, YOU are making history!”

“Be safe down there,” said another. “Looks like it’s gonna get busy if you know what I mean.”

Yet another person complained about being unable to respond earlier.

“I, was locked up in FB jail sorry if I didn’t respond,” the individual wrote. “Now go and save our Country Pretty!”

According to federal court records, Howell also shared a post which appears to have since been either set to a private audience or which has subsequently been deleted. In it, she blamed the violence on Antifa and claimed to be present for the shooting of Ashli Babbitt.

“The news is lying to you,” the post reads. “Some of these people[] were [A]ntifa. I watched a woman get shot and another’s head was beaten. One died[;] the other is in ICU. I was personally tear gassed 8 times. I was hit in the head with metal rods. People were shot at with rubber bullets. We were gassed 5 times in the matter of 2 minutes and thousands fell to their feet and we couldn’t see or breathe. They wouldn’t stop and beat us relentlessly.”

“A police officer shot an unarmed woman today, who was a Trump supporter and KILLED HER. I have countless photos of bloody patriots, including myself. They shot us, hit us with sticks, tear gassed us, shot us with rubber bullets and knocked us to our feet! We couldn’t breathe or see for over 10 minutes. They fired shots, grenades and tear gas and mase [sic] back to back to back, relentlessly. Women and children! Who were sitting there!!!! IMAGE [sic] IF THEY DID THIS TO BLM. ANTIFA LEADER IS THE ONE WHO BROKE INTO THE CAPITAL [sic] !”

Howell then shared the debunked claim that “QAnon Shaman” Jacob Chansley was part of Antifa.

She did not share that Babbitt was shot while climbing through a broken door window into an area which housed U.S. Senators who fled the unruly mob.

The FBI said Facebook turned over data from Howell’s account pursuant to a warrant. In one message, she admitted to being inside the Capitol Building.

On Jan. 26, the FBI believes Howell bought a new phone in an attempt to conceal evidence of her involvement with the breach.

“Stay off the clouds! They are how they are screwing with us,” Howell’s father told her via a message the FBI was able to retrieve.