After More Than a Month, Suspect Finally Charged with Capital Murder in Shooting Death of Mississippi Deputy 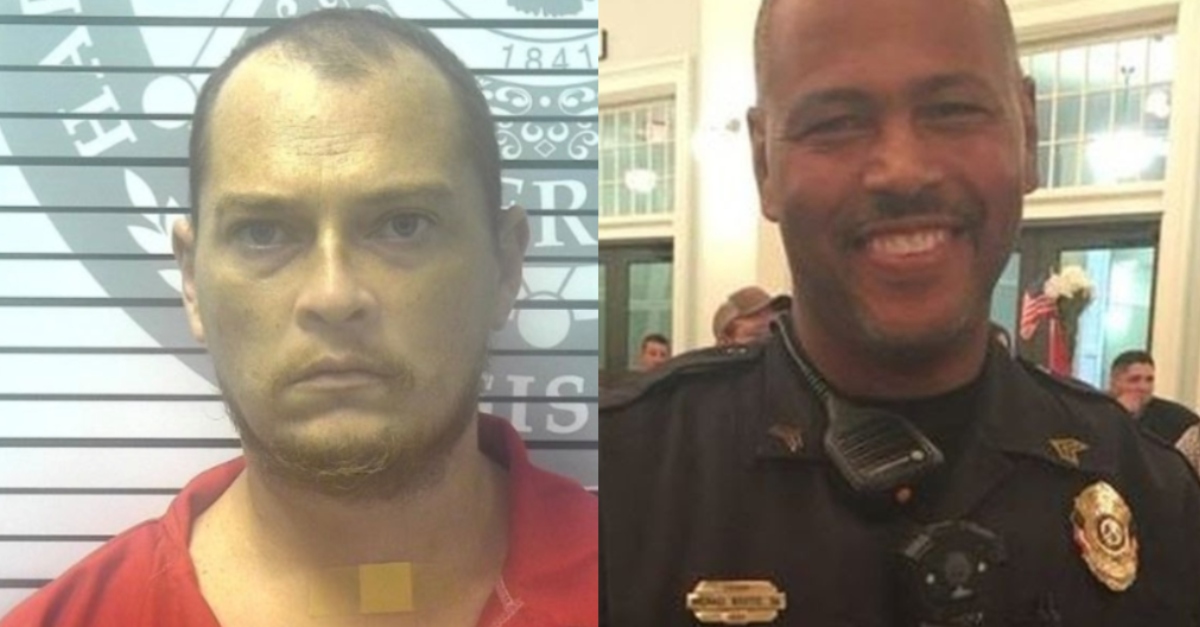 More than a month later, the man accused of fatally shooting a Mississippi deputy has been arrested. Joseph Michael Rohrbacker, 30, had been at a Louisiana hospital recovering from wounds sustained from the tragic encounter with the victim Hancock County Sheriff’s Lt. Michael Boutte, 57, and another deputy.

Reports say the suspect was taken into custody on Tuesday morning without incident.

We would like to express our sincere appreciation to the @LAStatePolice for their extended assistance in this case. pic.twitter.com/pP9iaeiyAl

The defendant’s wife Shannon Rohrbacker, who said she witnessed the Feb. 1 incident, told the Biloxi SunHerald that her husband, who lived with paranoid schizophrenia and bipolar disorder, was having a psychotic episode. The defendant allegedly slit her dog’s throat. She called 911. Boutte responded to a report of an attempted suicide and arrived at the scene, Hancock County Sheriff Ricky Adam said.

Shannon Rohrbacker said that her husband shot Boutte as soon as the officer got out of the vehicle. The defendant also took a shot at the second deputy to arrive, but missed. They exchanged gunshots. Defendant Rohrbacker was injured.

Boutte was shot in the head and face, and died at the hospital in New Orleans, said Adam.

“From the bottom of my heart to that officer’s family, I’m so sorry,” Shannon Rohrbacker said. “He didn’t deserve that.”

We just lost a brave man in the line of duty—Lieutenant Michael Boutte of the Hancock Sheriff’s Dept. His fearless service demonstrates his courage and the outpouring of love demonstrates just how great this loss is. He is a fallen hero. Please pray for the many who loved him. pic.twitter.com/ED48Axvgek

“His fearless service demonstrates his courage and the outpouring of love demonstrates just how great this loss is,” Mississippi Governor Tate Reeves (R) said of Boutte in a statement. “He is a fallen hero. Please pray for the many who loved him.”

As Hancock County Sheriff’s Office Lt. Michael Boutte is laid to rest today, #FBI Jackson sends our deepest condolences to Lt. Boutte’s family, friends and colleagues. May we never forget his ultimate sacrifice while protecting those he served. pic.twitter.com/NFTdapJvqI

The lieutenant is survived by his wife, two children, and seven grandchildren, according to WAPT. Boutte was a deputy in Hancock County for eight years, and was a veteran of the United States Air Force.

The defendant is charged with capitol murder. He is being held at the Harrison County Adult Detention Center, authorities said.