‘He Was Not Honorable’: ‘QAnon Shaman’ Denounces Trump in Statement Promised by His Lawyer on Law&Crime Podcast 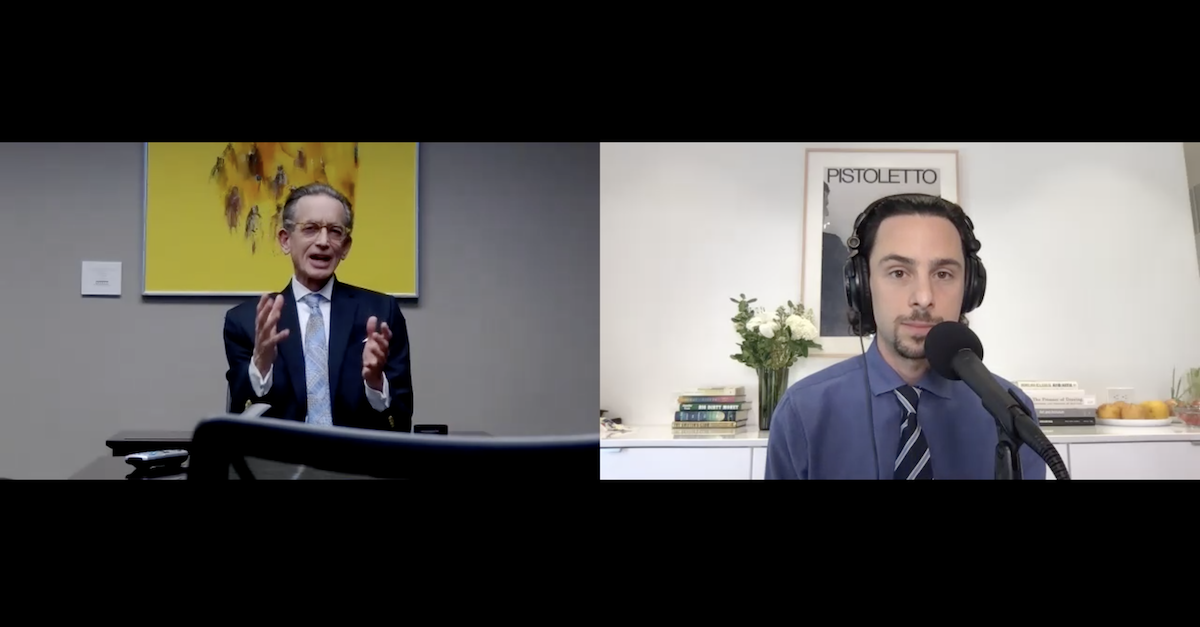 Listen to the full interview with Albert Watkins on Apple Podcast, Spotify or wherever else you get your podcasts, and subscribe!

Grilled in a new episode of Law&Crime’s podcast “Objections,” an attorney for the so-called “QAnon Shaman” Jacob Chansley committed to delivering a statement from his client apologizing for terrifying members of the U.S. Congress and renouncing the ideas that helped foment the violence.

On the eve of former President Donald Trump’s Senate trial for inciting the insurrection, the painted face of the incited followed through on that commitment—at least in part.

“I am deeply disappointed in former President Trump,” Chansley’s statement reads. “He was not honorable. He let a lot of peaceful people down. I have to leave judging him up to other people.”

Chansley’s attorney Albert Watkins promised contrition from his client during a Zoom interview recorded last week, but the statement was as notable for what it lacked than what it contained.

Though Chansley apologized for the fear his actions caused that day, he did not respond to a part of the request asking whether he would repudiate QAnon, the conspiracy theory that led many rioters to believe that they were vessels of a “storm” that would sweep up Trump’s supposed enemies in mass arrests and executions for pedophilia and treason.

Styled as the “Shaman’s statement,” Chansley claimed to practice a commitment to the principle of ahimsa: the principle of non-violence toward all living beings common to Eastern religions like Buddhism, Hinduism and Jainism, which was notably absent from what the public saw during the Jan. 6th insurrection.

Despite being charged by a grand jury with violently entering the Capitol in a six-count indictment, Chansley describes himself and the other rioters as “peaceful” during the siege in a statement that makes no mention of roughly 140 assaults against law enforcement and five deaths at the siege. Chansley has pleaded not guilty.

“I deeply regret and am very sorry I entered into the Capitol Building on January 6, 2021. I should not have been there. Period.

I am sorry for having aroused fear in the hearts of others. That was wrong. Period.

Please be patient with me and other peaceful people who, like me, are having a very difficult time piecing together all that happened to us, around us, and by us. We are good people who care deeply about our country.”

I was wrong. Period.”

Before committing his client to release the statement, Watkins fielded a number of questions about his client’s defense at his upcoming trial, where he intends to argue that he was only following the president’s orders.

When asked whether that resembled the Nuremberg defense, Watkins welcomed the comparison in the context of the propaganda that he claimed his client absorbed in tweets, rallies and media echo chambers.

“It’s propaganda of a nature and character that has not been seen in this world since Munich 1933. You want to use the allusion? I will too. But not the way you are. My client is not that. We had a lot of people in this country that we all are responsible for: good law-abiding citizens who did really good things over the course of their lives. And they were embracing a man that was their president.”

The genesis of modern human rights law, the Nuremberg trials established, among other things, the principle that following a superior officer’s orders cannot escape punishment, only mitigate it.

Though Watkins claims Chansley was “duped” by Trump, prosecutors characterize him as a self-proclaimed leader of the QAnon movement.

“Other members of this dangerous anti-government conspiracy view him as a leader also, contributing to his ability to travel off-the-grid and fund-raise rapidly through unconventional means,” a government memo states.

Watkins shot back with a modest proposal for prosecutors about that label.

“Do me a huge favor and scan that, and send it to me I’ll be the first one to shove it right up my rectum,” Watkins said in the video interview. “I’ll do it on public TV.”

Denying that Chansley led anything, Watkins asked incredulously: “You think the guy with the horns, the fur, the tattoos, and the megaphone with a flag on the other hand, the makeup— you think that guy is gonna be the guy who’s gonna get everyone to follow him in a coup attempt?”

“No,” Watkins added, answering his own question. “My dog would stand a greater chance of leading a coup attempt.”

Prosecutors depict Chansley as quite the opposite of bumbling: a committed insurrectionist who made it all the way to the Senate chamber and left a note for then-Vice President Mike Pence stating: “Justice is coming.”

Watkins characterized the note as a “prayer,” insisting that it was “actually quite a nice one.”

Chansley allegedly told authorities that he thought Mike Pence was a child-trafficking traitor, and he reportedly boasted about his actions to NBC.

“The fact that we had a bunch of our traitors in office hunker down, put on their gas masks and retreat into their underground bunker, I consider that a win,” the network quoted him as saying.

Since Chansley’s prosecution, his case has focused less upon the allegations against him than his client’s professed beliefs in shamanism, which led to multiple hearings where he requested an organic diet behind bars. Even though the D.C. Department of Corrections could find no support for the tenets of shamanism including those dietary restrictions, a federal judge ordered the jail to provide religiously appropriate meals last week.

Law&Crime reached out to leading scholars on shamanism about Chansley’s case and will include any reactions in ongoing coverage.

House managers have been uninterested in Chansley’s offered testimony.

Though Watkins claimed to have received “qualified” contacts from staffers, the only on-record response from a senator spoke of the need to avoid a circus. Watkins turned the argument on its head.

“If this impeachment proceeding is going to be anything other than a circus with clowns doing backflips, you have to have the testimony of one of the people who have been incited,” he said.

Trump’s Senate trial kicked off on Tuesday with a procedural issue decidedly shorn of spectacle: whether the body has jurisdiction to try a former president’s conduct.