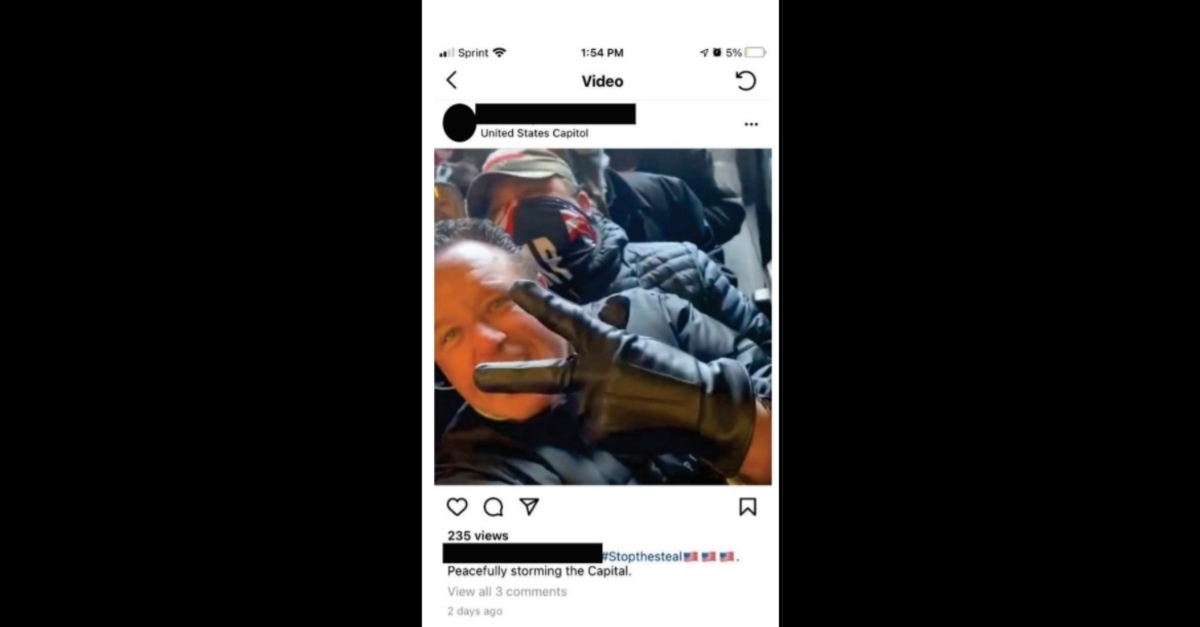 Many of the defendants in the D.C. insurrection have publicly downplayed their involvement, saying they engaged in no property damage or offering other excuses. That’s not good enough for federal investigators, who have gone after numerous people identified as participants in the Jan. 6 raid of the U.S. Capitol. Add California man Mark Simon to the lengthy list of defendants.

According to the affidavit in Simon’s case, a social media account belonging to his girlfriend featured a video in which the defendant was recorded entering the premises.

“Peacefully storming the Capital,” stated the caption cited by the Federal Bureau of Investigation.

Supporters of then-President Donald Trump raided the Capitol Building on Jan. 6 after a speech in which Trump continued to lie that he actually won the 2020 presidential election. He urged his supporters to march to the Capitol (he didn’t).

Authorities say Simon did. Investigators said they located a blog post that implicated the defendant and a woman identified in the affidavit only as Individual 1, but she was named as his girlfriend in the blog post. According to The Orange County Register, Assistant U.S. Attorney Gabe Podesta said Simon’s girlfriend may be charged later, but he did not name her.

The affidavit focuses on Simon, who faces a count each of restricted buildings or grounds; unlawful activities on Capitol grounds; and disorderly conduct. Authorities described the incident in Simon’s video as less than peaceful. The affiant cited an alarm apparently going off, people shoving their way in the Capitol, and broken glass windows on the doors to the building. From the affidavit:

Simon was arrested Thursday in California, authorities said. He was released on bond. A hearing is scheduled for Wednesday.